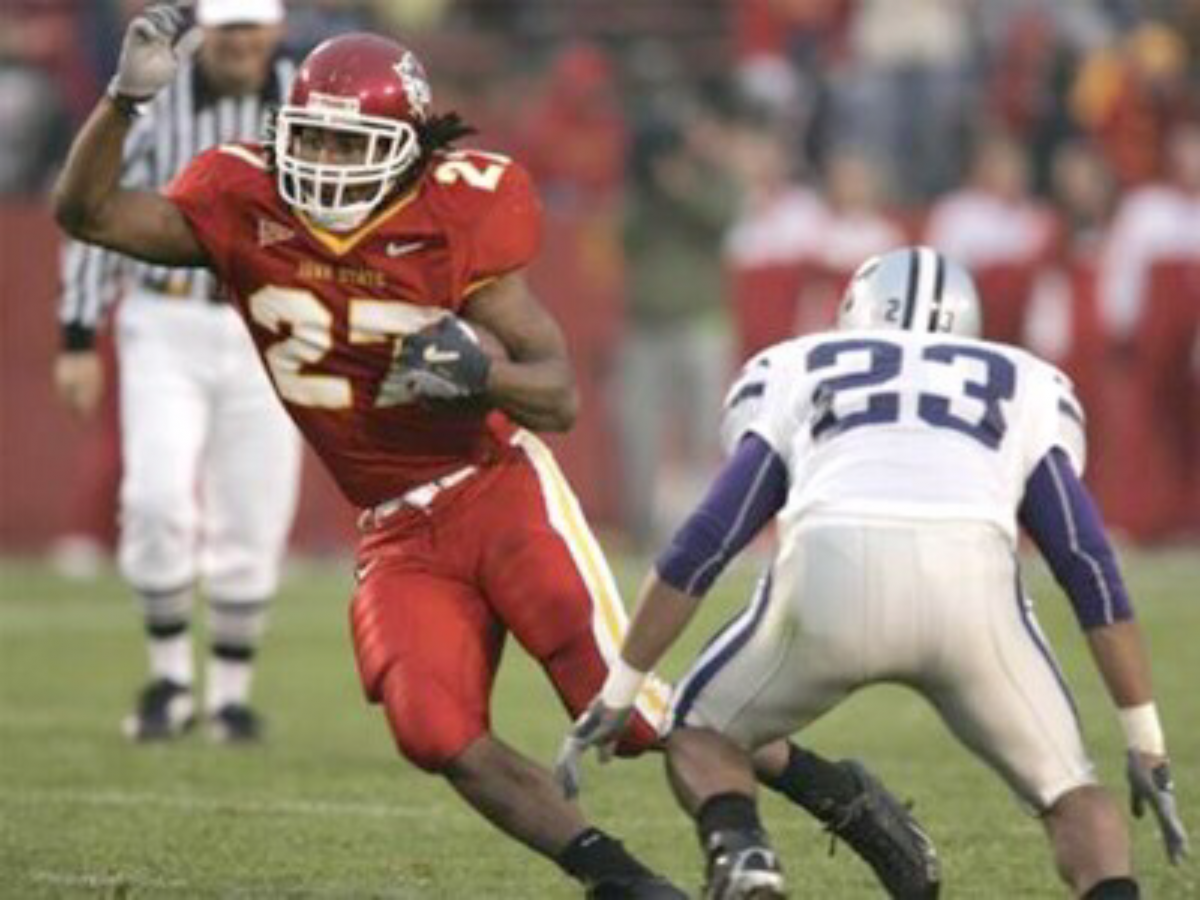 It seems hard to believe, but in the history of Iowa State football only two players have led the team in rushing for four straight seasons.

Troy or Darren Davis did not accomplish the feat. Neither did Dexter Green or Ennis Haywood. No, the only two players to ever lead Iowa State in rushing four straight years are Stevie Hicks and Alexander Robinson.

We will focus on the first one today with 27 days until Iowa State’s season opening kickoff against Northern Iowa.

The biggest game of Hicks’ career came at the end of that 2004 season as he ran for 159 yards and a score on 27 carries in the Cyclones’ win over Miami (OH) in the Independence Bowl.

Hicks’ next two seasons were marred by injuries, but he was still able to finish his career with 2,601 rushing yards, which is eighth in program history.

Hicks passed away at the age of 25 in 2008, but the first of two players to lead Iowa State in rushing four straight seasons is not far from Cyclone fans’ memories.