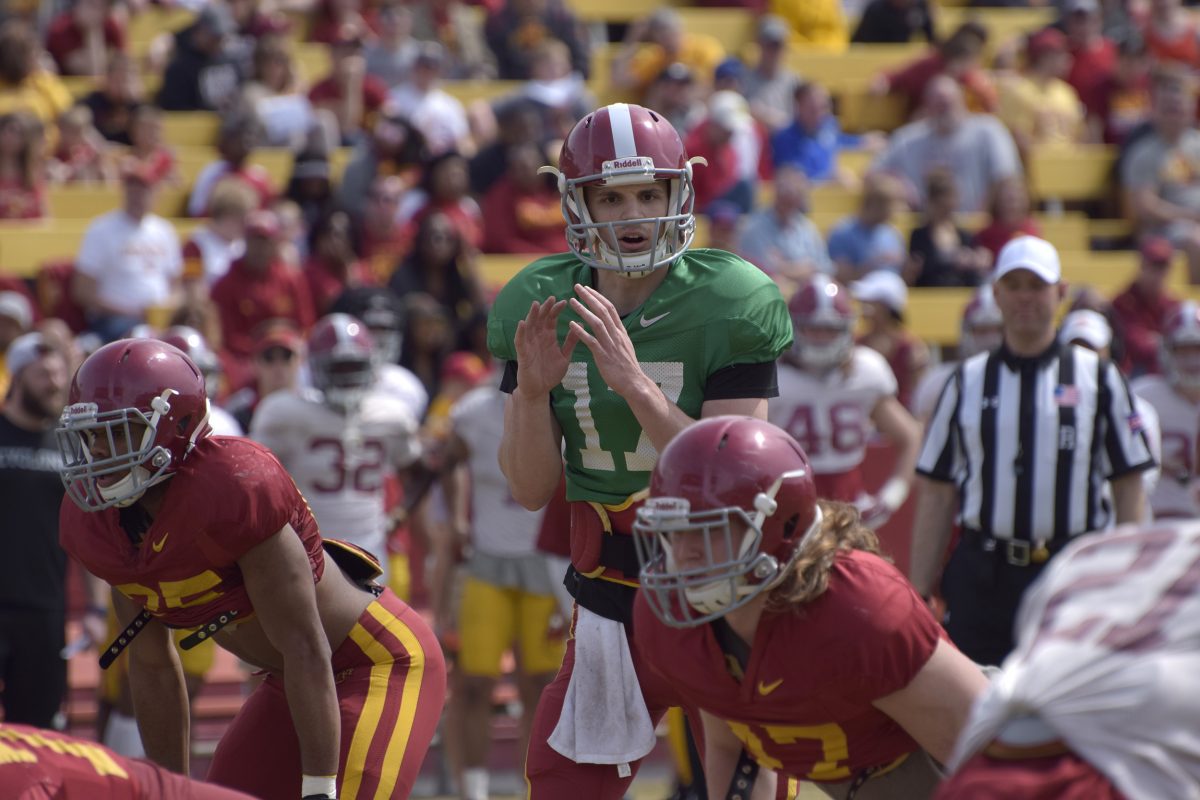 Quarterback Kyle Kempt gets ready for a play at the spring football game at Jack Trice Stadium on April 8, 2017.

Today we begin our positions previews for Iowa State’s 2017 football team. We begin our previews leading up to the start of the season with the quarterbacks.

Park emerged as Iowa State’s top option behind center late late last season as he started the final five games of the season. The 6-foot-4 redshirt junior completed 58.8 percent of his passes for 1,791 yards, 12 touchdowns and five interceptions in his first year back on the field after a two year hiatus.

The Charleston, S.C. native was included on the Maxwell Award Watch List entering the season and has drawn quite a bit of buzz nationally as a signal-caller capable of having a breakout year in 2017.

Next Man Up: Zeb Noland or Kyle Kempt

The battle for Iowa State’s backup quarterback job will be one of the more heated competitions of fall camp. Noland makes his return to the field after tearing his ACL in fall camp last season while Kempt tries to build on a strong spring that gave him momentum entering the summer.

Noland, a 6-foot-2 redshirt freshman, was rated as the No. 38 quarterback in the 2015 class when he chose Iowa State over Colorado State, Appalachian State and Toledo.

Kempt was named the Offensive Scout Team Player of the Year in 2016 after transferring from Hutchinson Community College. Kempt started his career at Oregon State then transferred to Hutchinson after the 2015 season.

Another to Know: Devon Moore

The true freshman from Waterloo was the first player to commit to Matt Campbell and his staff. The former three-star recruit was rated as the No. 27 dual-threat quarterback in the country by 247.

The two-time all-state selection completed 62.6 percent of his passes for 2,331 yards, 29 touchdowns and five interceptions as a senior at Waterloo, West.