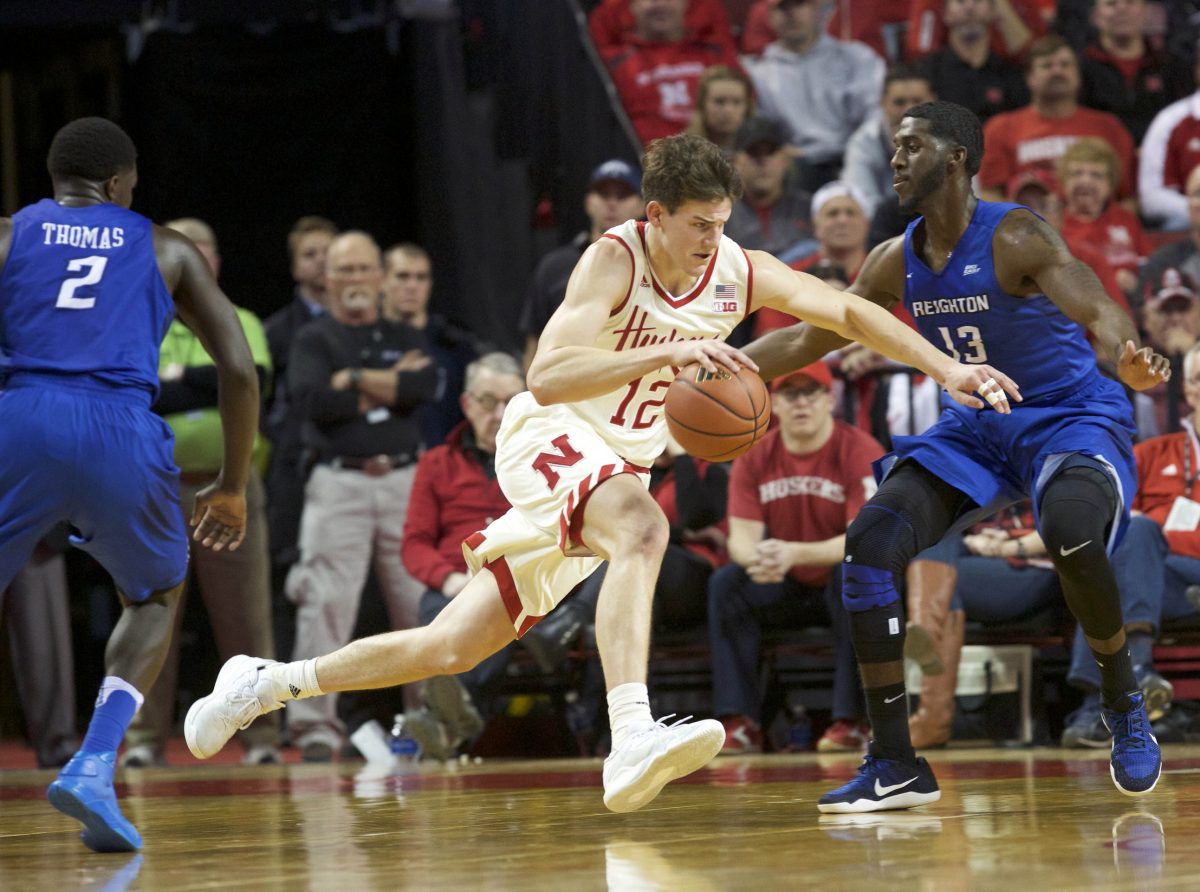 Michael Jacobson wants to play in the NCAA Tournament.

The 6-foot-9, 240-pound Waukee native didn’t get a chance during his two seasons of playing college basketball for Nebraska.

On Monday, the sit-out transfer took what he hopes will be a step towards finding his way onto college basketball’s biggest stage. He announced his commitment to Iowa State and will be eligible for the 2018-19 and 2019-2020 seasons after sitting out in 2017-18.

“I’m really hoping to make some NCAA Tournaments, actually make the NCAA Tournament every year I’m there,” Jacobson told Cyclone Fanatic in a phone interview. “I’m just hoping to get better and improve in all aspects of my game and just win a lot of games, I guess.”

Jacobson, who averaged 6.0 points, 6.2 rebounds and 1.1 assists in 24 minutes per game as a sophomore for the Huskers, chose the Cyclones over Clemson, Wichita State, Colorado and Davidson. He will bring 65 games, including 56 starts, of major college basketball experience to Iowa State’s roster.

“I felt like I’ve got a good relationship with Coach Prohm and the staff. I felt like it was close to home,” Jacobson said. “I’ve got a lot of family and friends here. That was a big thing for me. I’m really close for them. I just thought it was a good opportunity to be a part of a successful program.”

Jacobson averaged 18.6 points per game as a senior at Waukee in 2014-15. He was considered the top player in the state of Iowa by 247Composite and was the No. 254 player in the class overall.

He’ll join a frontcourt in 2018-19 that will return junior Solomon Young and redshirt sophomore Cameron Lard. Jacobson will join Virginia transfer Marial Shayok as players able to practice for the Cyclones next season, but not see the court in game action.

His commitment leaves Iowa State with one scholarship officially open, but another likely to come open pending Darius McNeill’s release from his National Letter of Intent.

“I think they just kind of expect me to be the guy that brings some toughness to rebounding and then just some skill on the perimeter and on the inside,” Jacobson said. “We talked about how I’ve got to improve my offensive game both inside and out, get better overall at everything. I think they think that I’m a pretty good rebounder and a pretty good defender. Just use this year to work on my offensive game and get better and help the team improve.”

WRESTLING: ISU focused on tournaments, starting with the Big 12