Iowa State point guard Monte Morris has been invited to the 2017 NBA Combine, the school announced Saturday morning. Iowa State has had a player invited to the combine, which takes place May 9-14 in Chicago, the past two seasons.

Georges Niang, who was taken in the second round of last year’s draft by the Indiana Pacers, was invited last year. The combine gives players an opportunity to interview, workout and test for all 30 NBA teams with some of the top prospects in this year’s draft.

Morris, who is currently slated to be picked by the Houston Rockets with the No. 44 pick by DraftExpress, averaged 16.4 points, 6.2 assists and 4.8 rebounds per game during his senior season in Ames.

Although he’s currently slated as a second round pick, it wouldn’t be surprising to see him slide closer to the first round with a strong showing in Chicago and during team workouts leading up to the draft on June 22. 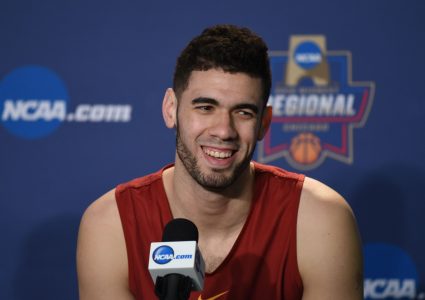