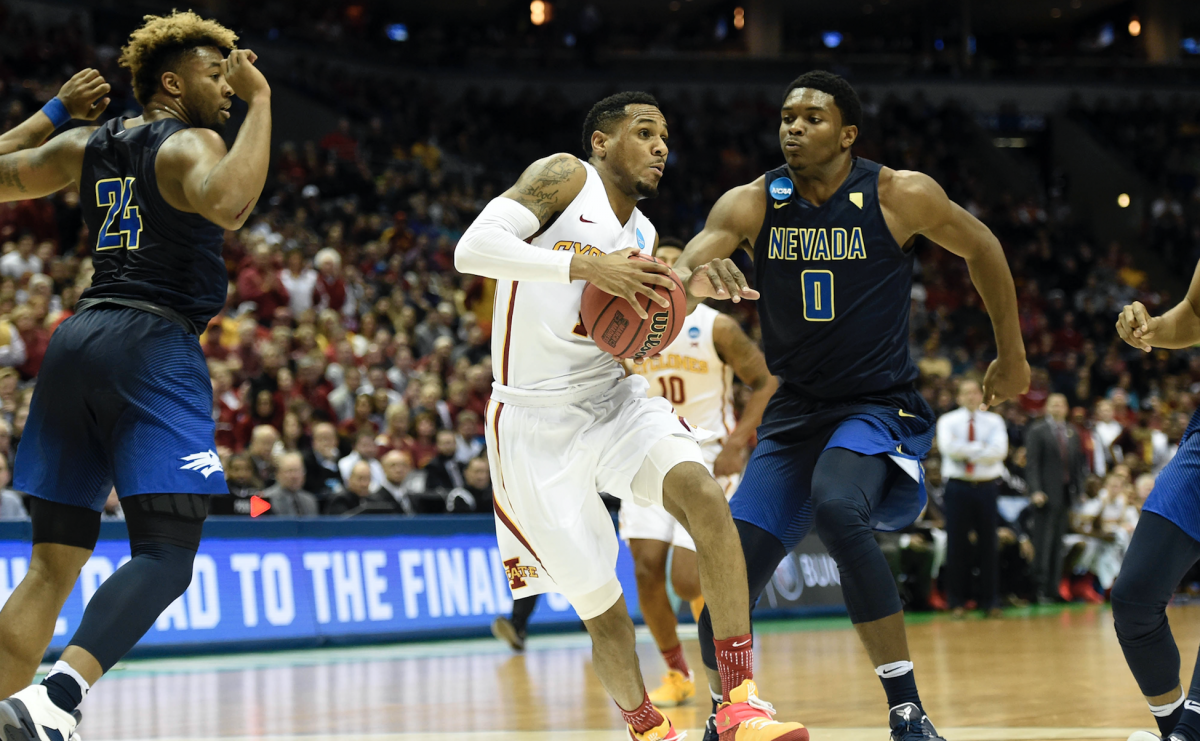 Mar 16, 2017; Milwaukee, WI, USA; Iowa State Cyclones guard Monte Morris (11) drives to the basket while defended by Nevada Wolf Pack forward Cameron Oliver (0) during the first half of the game in the first round of the NCAA Tournament at BMO Harris Bradley Center. Mandatory Credit: Benny Sieu-USA TODAY Sports

MILWAUKEE — Iowa State knew it was going to be in for a dog fight with 12th-seeded Nevada in the NCAA Tournament’s Round of 64. It was.

After leading by 13 at halftime, the Cyclones escaped Milwaukee’s Bradley Center with a hard fought 84-73 victory against a Wolf Pack team that refused to go away.

Nevada pulled within five points at the 2:37 mark as the Cyclones struggled to get into an offensive flow.

As you can see below, Iowa State’s scoring was incredibly balanced throughout the night.

Monte Morris nearly recorded a triple-double with 19 points, eight rebounds and eight assists. Morris also had an uncharacteristic four turnovers in the game. Iowa State will next play 4th-seeded Purdue in the Round of 32 on Saturday at a time to be determined. The Boilermakers defeated Vermont 80-70 earlier in the day on Thursday. 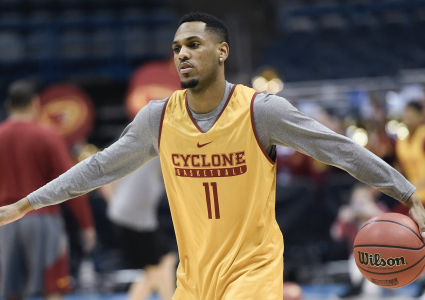 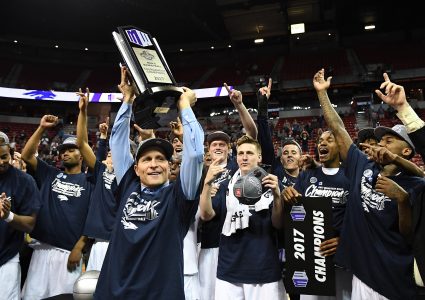