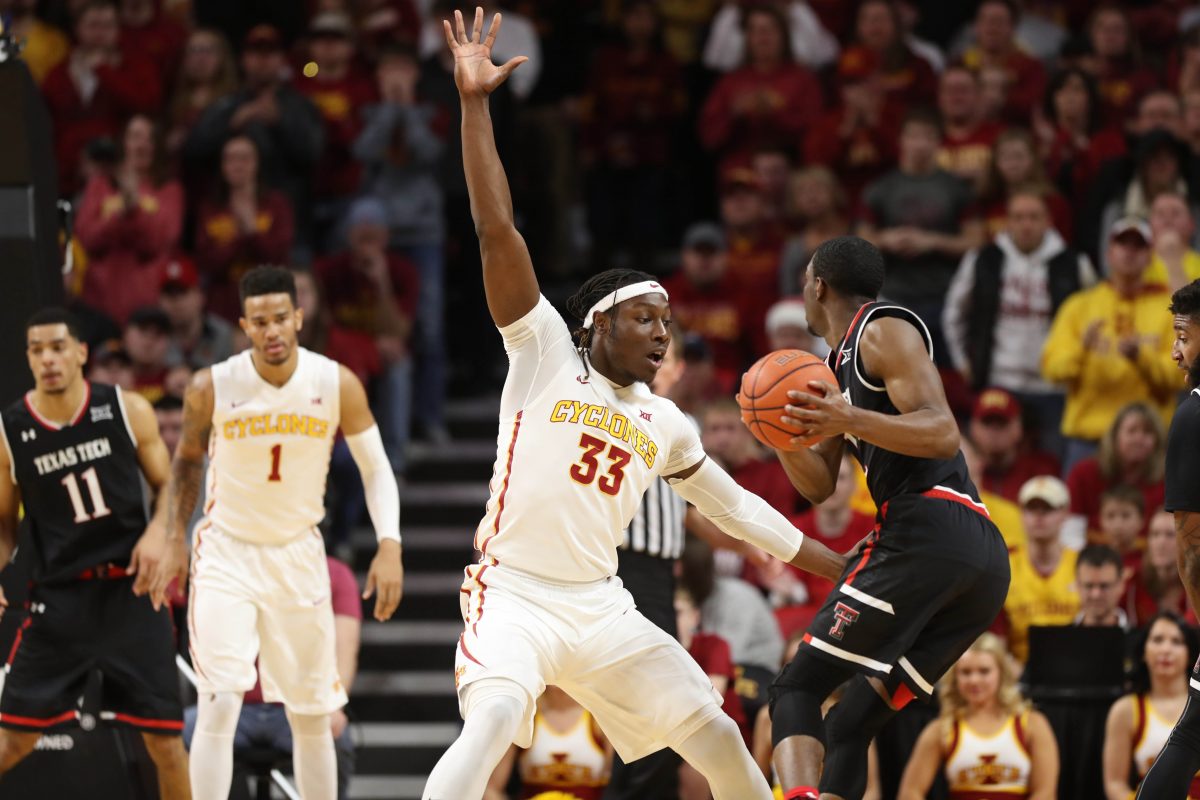 AMES — The five spot has been a question all season long for the Cyclones. Prior to Saturday, the spot had been primarily anchored by either Merrill Holden or Darrell Bowie.

Young, who was the first freshman to start for Iowa State since Monte Morris back in 2013-14, impressed against the Sooners. The 6-foot-8, Sacramento, Calif. native finished with eight points on 4-of-5 shooting while blocking two shots and grabbing one rebound.

“I would be surprised if we make another change,” said Iowa State coach Steve Prohm. “I think it’s good for Solomon going forward at that position. I think he’s earned it.”

Young played sparingly early on in the conference season but recently broke out against Kansas. It was in Iowa State’s biggest win of the year when Young saw 32 minutes of action, grabbed six rebounds and playing solid defense in one of the nation’s most toughest arenas.

However, the following game on the road against Texas, Young only saw nine minutes on the court.

“After the Texas game, going back and watching tape, I just thought that was the best thing for the team,” Prohm said on when asked why he decided to put Young in the starting lineup.

The biggest thing Prohm has asked for out of post players this season is to run from rim to rim and grab rebounds. Prohm doesn’t need his big men to be offensive machines. He would rather have someone who can hold their own down low and limit the Big 12’s other post players.

Young did just that against Oklahoma.

“I think he has gotten a feel where he knows what he needs to do for (Iowa State),” Prohm said.

Prohm also raved how Young was able to finish around the basket.

“I got to give a lot of credit to Solomon,” said Iowa State guard Naz Mitrou-Long on why Iowa State handily defeated Oklahoma. “He stepped up today and did an awesome job when his name was called. It’s not only good for us now with him producing like this, but for the future.”

Thanks to a large part of Young’s play, Iowa State now sits alone in fourth place in the Big 12 with six more games to go until the Big 12 Championships that begin on March 8.