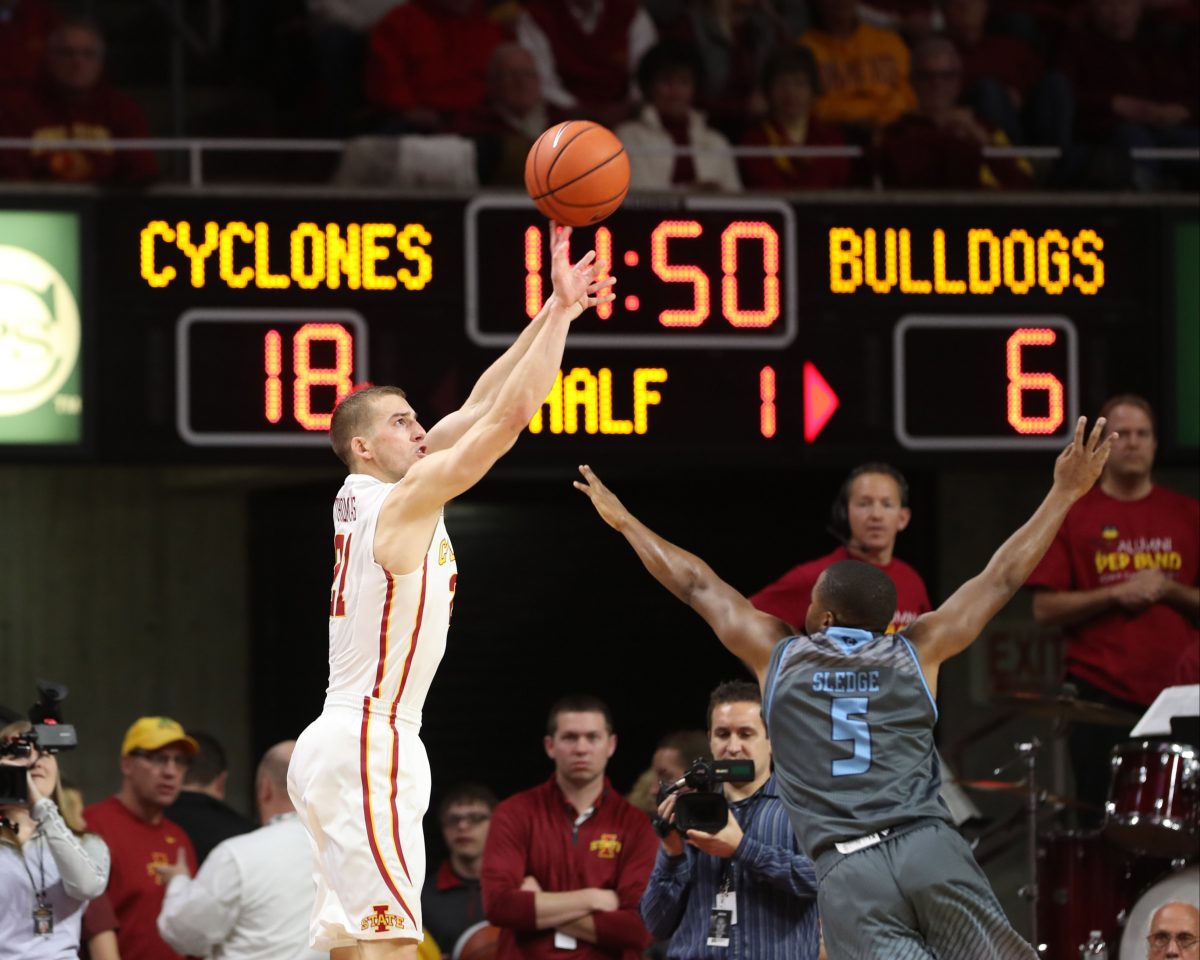 AMES, Ia. — I don’t know if I’ve seen an Iowa State basketball team control a game from start-to-finish the way they did in a 130-63 win over The Citadel on Sunday at Hilton Coliseum. Honestly, there was never really even a moment in which the Bulldogs looked like they belonged on the same floor as the Cyclones.

I know that’s probably a bit harsh, but it’s true.

Here’s a few of my takeaways from Iowa State’s win over The Citadel:

The Citadel entered Sunday’s game with the highest adjusted tempo in the country, according to KenPom.com. They were the nation’s highest scoring team at 111 points per game, but I wrote, and tweeted, late this week about how much of a fraud those stats were.

That all came to the forefront in Hilton Coliseum. On the surface, it would look like Iowa State was playing to The Citadel’s pace all afternoon, but it was the Cyclones that were the ones dictating the tempo.

They were able to push the ball up the floor with ease — even against an occasional press — and played stifling defense while holding the Bulldogs to 27.3 percent shooting from the floor. It doesn’t matter if you lead the nation in tempo, if you don’t have the horses, playing fast against the Cyclones isn’t smart.

The Citadel made the classic mistake of trying to run with Iowa State.

“They run a lot of action that you have to understand where to be and how to guard them,” Iowa State head coach Steve Prohm said. “Whether it’s ball pressure, staying underneath your mean, switching, screens, actions, so games like this you’ve got to be locked in. I thought our guys were locked in when they came over this morning in our walkthrough. They were ready to go. I thought we’d play well after meeting with them this morning. This was good, because I thought we had sustained effort for 40 minutes for the most part.”

It wouldn’t have been hard to predict this kind of blowout coming when you consider the fact the Bulldogs allowed 112 points to the Stetson Hatters. The Citadel entered the game with the second-worst adjusted defense in the nation, according to KenPom.

That said, I wouldn’t have predicted the Cyclones would score — a school record — 130 points. Prohm didn’t seem to see it coming either.

Iowa State was able to set the tone early by opening the game on an 18-3 run, thanks in large part to Matt Thomas, who scored 14 points on 4-of-4 shooting, including two 3-pointers, in the first five minutes and nine seconds.

Thomas, who finished the game with 18 points and five rebounds, looked as smooth shooting the ball as he has all season. The senior guard entered the game 3-for-13 from deep, but looked like he was shooting layups 21 feet away from the hoop during the first half of the game.

“I think we played a really good first half,” Thomas said. “After that, when a game is that lopsided, it’s kind of hard to keep your foot on the gas, but that’s what we tried to do. It was nice to see everybody get in there and contribute.”

The play I’ll remember most from this game will be when Thomas used one pound dribble to clear enough space for him to drill a corner three over a Bulldog defender. It wasn’t flashy. It wasn’t really anything that difficult — at least, for a college guard.

It was just cool to see Thomas shooting with that level of confidence.

The senior from Flint, Mich. was able to control the game from start to finish while collecting that triple-doubles with zero turnovers.

“At halftime, the managers came up and said I had eight rebounds,” Morris said. “I put that in perspective because it’s hard for me to get that many rebounds because guys put emphasis on rebounding. When I had eight, I knew the other two statistics that I can do pretty well would take care of itself.”

This was the perfect kind of game for Morris to really thrive in and show off his talents. He was able to get into space and find the paint rather easily most of the afternoon.

The Citadel’s defense was so poor that once he found the paint, scoring or finding a teammate to pass to for a basket wasn’t going to be overly difficult. This was a game in which we saw how far the gap is between Morris and a bottom-tier college basketball guard.

Balance across the board

The Cyclones had eight players in double-figures scoring. There aren’t many teams across the country that can put together a stat like that no matter who the opponent is.

This team has so many weapons and I think some of them are still fully trying to find their role. For example, Darrell Bowie (13 points and 10 rebounds) seems to be feeling more and more comfortable with each passing game.

Iowa State hasn’t really gotten a true test yet during its first three games of the season, but there’s legitimately nine guys on this team that can hurt an opponent in a multitude of ways. The first true measuring stick comes this week when the Cyclones head to Florida for the Advocare Invitational and a date with Indiana State on Thursday.

“I thought this was our most complete game of the three on both ends of the floor,” Prohm said. “You never know until it’s the next game, the next opponent. Florida’s great to find out where we’re at as a team. Win or lose, what we need to do to continue to get better. If we go down there and win three games, it’s still November 28. If you’re team not getting better, and we still got to come home and play Cincinnati and go to Iowa, if your team’s not getting better, you’re not going to stay atop of where you need to be. This will be a great test for us.” 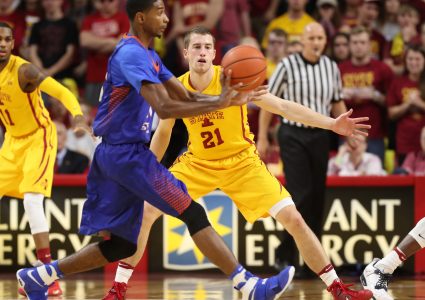