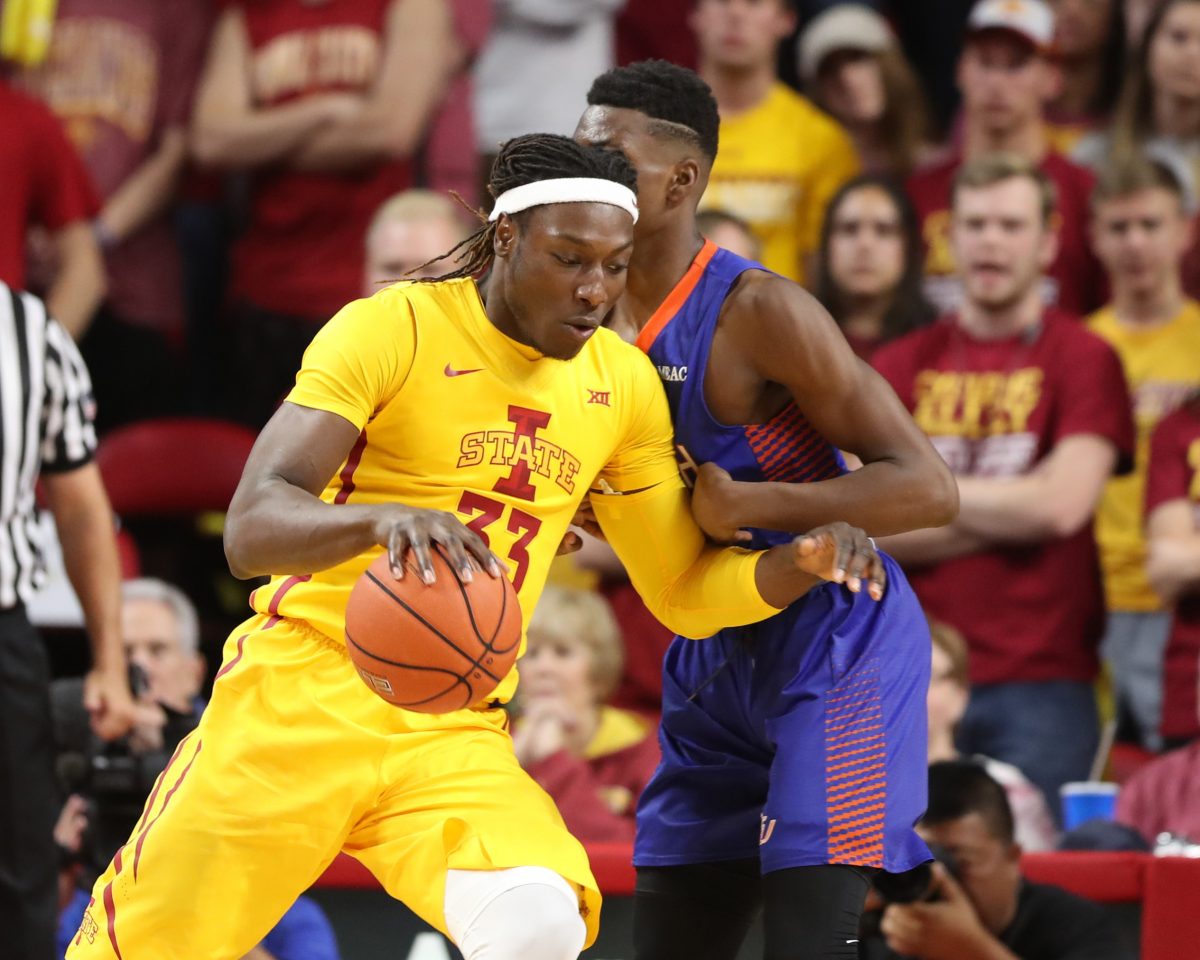 The Iowa State men’s basketball team will host The Citadel on Sunday in the first game of a Cyclone basketball double-header starting at 1 p.m. in Hilton Coliseum (on Cyclones.tv). Here’s four points to get you ready for Sunday’s game.

1 – 131 words about The Citadel men’s basketball

Duggar Baucom’s squad enters Sunday’s game with a 3-1 record including wins over Johnson University Florida, Truett McConnell and Stetson. As I wrote on Friday, those first two teams are far — and I mean really, really far — from Division 1 competition.

The Bulldogs have six players that average in double-figures scoring, led by 6-foot-7-inch sophomore Zane Najdawi with 17.8 points per game. That scoring distribution is mainly a product of The Citadel’s high pace of play.

Through four games, The Citadel leads the nation in tempo, according to KenPom.com. In fact, Baucom’s teams have been the country’s fastest six of the past 12 seasons, including last year, his first at the school.

The Bulldogs lead the nation in scoring offense with 111 points per game.

The Citadel does play abnormally fast compared to most of the other teams in college basketball, but that doesn’t mean they’re able to do it efficiently. The Bulldogs are 241st nationally in adjusted offense and shoot just 42 percent from the field.

Sure, the pace will be different for Iowa State. There just aren’t many teams that play the way Baucom’s teams do.

That said, I don’t think the pace is anything the Cyclones will struggle with handling.

“I’ve got a lot of respect for Duggar,” said Iowa State head coach Steve Prohm. “He did a great job at VMI. I’m sure he’ll do a great job at The Citadel. They have a fast and frenetic pace and so obviously transition defense will be a big key.”

One of the side effects of The Citadel’s style is their defense is — to put it simply and nicely — not very good. They rank 350th out of 351 Division 1 teams in adjusted defense and allow 91.8 points per game, which is No. 337 nationally (oddly enough, Iowa State’s season opening opponent, Savannah State, is last nationally allowing 107.8 points per game).

This could be a game where Iowa State, which is No. 20 in adjusted offense, could put up some really gaudy offensive numbers. I wouldn’t be a bit surprised to see the Cyclones score in the neighborhood of 120 points.

One of the biggest downsides of playing a team like The Citadel is it is really hard to evaluate where your team stands moving forward. There just aren’t many teams that play like the Bulldogs, so this game can’t be much of a measuring stick.

That’s especially true for the biggest question mark on Iowa State’s team — the posts. A game full of short possessions and little half-court defense doesn’t really play into the hands of the big guys.

“These games are good and bad, these first couple games. They’re good for having balance on your schedule, they’re good to get home games, they’re good to get a lot of people playing time and experience,” Prohm said. “Sometimes when you’re playing those teams, they play a lot different from the teams you’re going to see when you get into the bulk of your games from your big non-conference opponents and your Big 12 opponents. We probably won’t know until Florida kind of where they’re at. Especially with The Citadel, with their pace, there’s not going to be a lot of half-court defense to be played I wouldn’t think.”

This game will be more about going out and taking it to a team that the Cyclones should be capable of running off the floor. This game will likely be a sloppy one, but if you love offense, you won’t want to miss it.