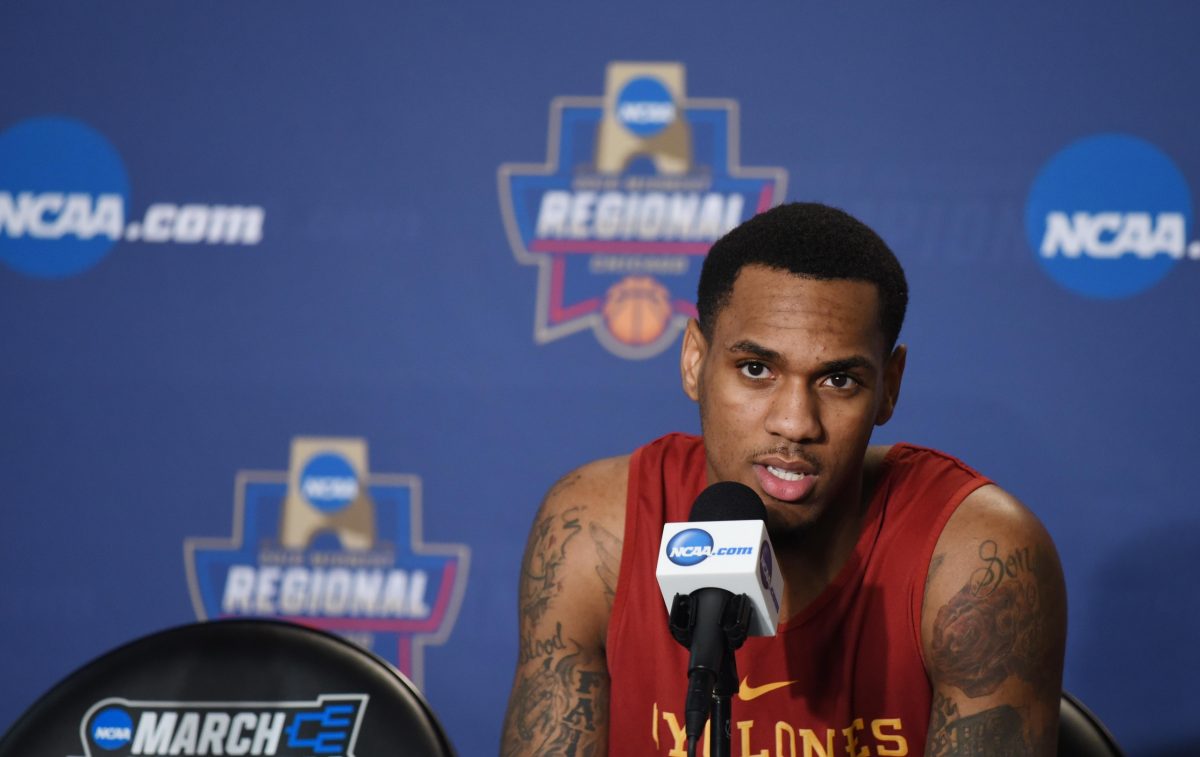 Now he’s making history at an even loftier level.

The Big 12 Conference announced its preseason awards picks Thursday afternoon and Morris emerged as the top pick for Big 12 Preseason Player of the Year.

So a season filled with stratospheric expectations soared even higher.

“I think I’ll just (move) up in every statistic, in every category,” Morris said Tuesday.

It’s the second time a Cyclone has been honored as Preseason Player of the Year by the league — the first being Jamaal Tinsley (2000-01).

Tinsley snared the real-time Player of the Year award, as well, and it’s clear that Morris aims to follow suit as the preseason-top 25 Cyclones’ floor leader.

Morris also was the only unanimous pick for the 2016-17 Preseason all-Big 12 Team.

The Flint, Mich., native averaged 13.8 points last season while leading the conference in average minutes played (38 per game). After leading the nation in assist-to-turnover ratio as a freshman and sophomore, be finished third in the category last season (4.23-to-1).

The addition of dynamic backcourt mate Donovan Jackson should mean the minutes will drop a tad — and that’s a good thing.

“I’m all for getting some rest for the first time,” Morris said Tuesday. “I feel good and I think I can give it my all every possession (while playing fewer minutes).”