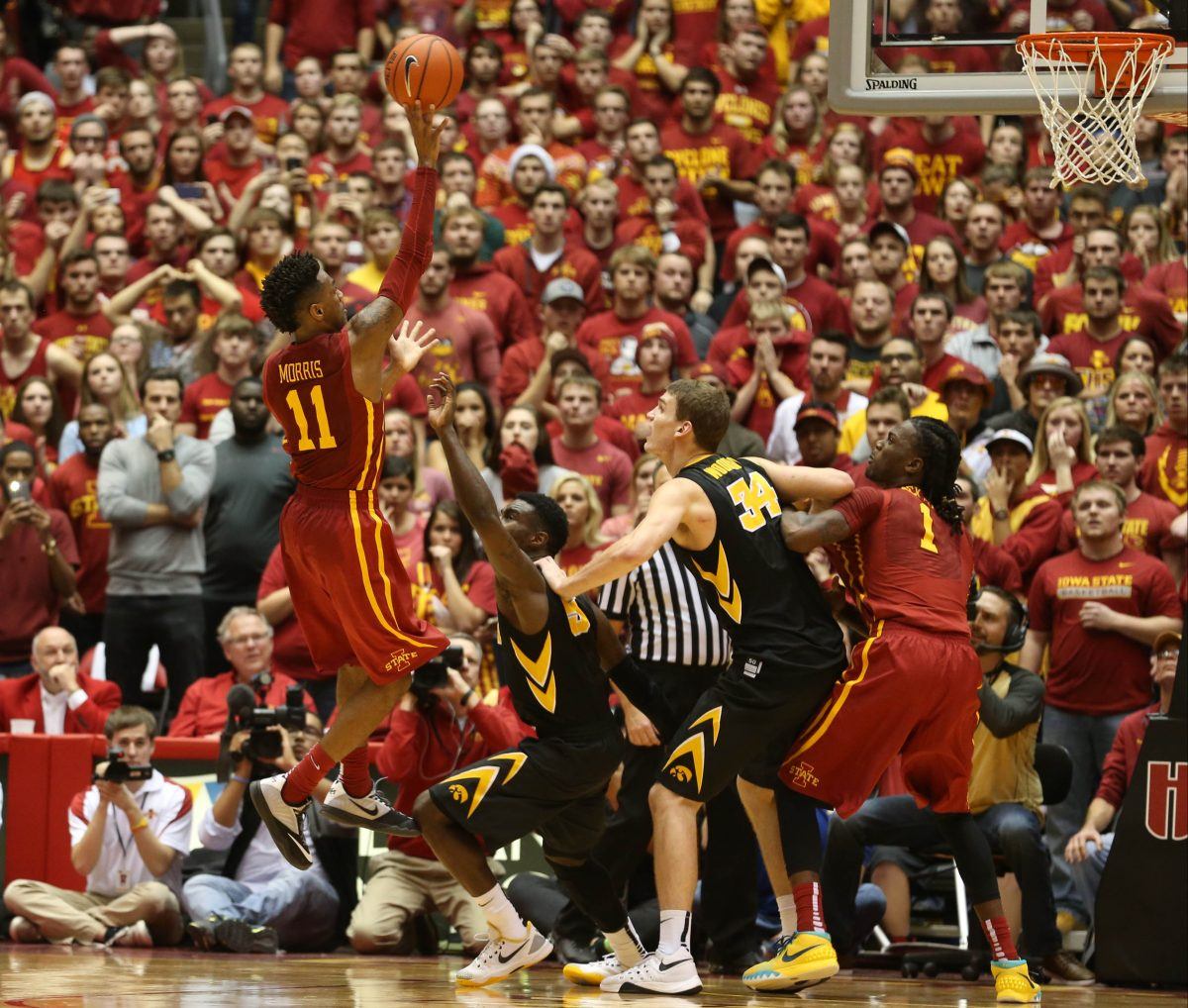 For the second year in a row, an Iowa State basketball player will find his name in the conversation for one of college basketball’s most prestigious awards. ESPN’s Jeff Goodman included Cyclone senior point guard Monte Morris as one of the players with a chance to win the Wooden Award in 2016-17.

“Another veteran who will have a chance is Iowa State floor leader Monte Morris,” Goodman wrote. “[He] should be “The Guy” for Steve Prohm now that Georges Niang is gone.”

Morris averaged 13.8 points, 6.9 assists and 1.8 steals per game during his junior season Cardinal and Gold. The 6-foot-2-inch, 170-pound, floor general burst on to the scene during his freshman season when he broke the NCAA record for turnover-to-assist ratio.

It will likely take a pretty big jump in production for Morris to find his name in the conversation come March, but there is no doubt he has the skill set and name recognition necessary to get the talk started.

Oklahoma’s Buddy Hield won the Wooden Award, which is given to the nation’s best player, in 2016-17.