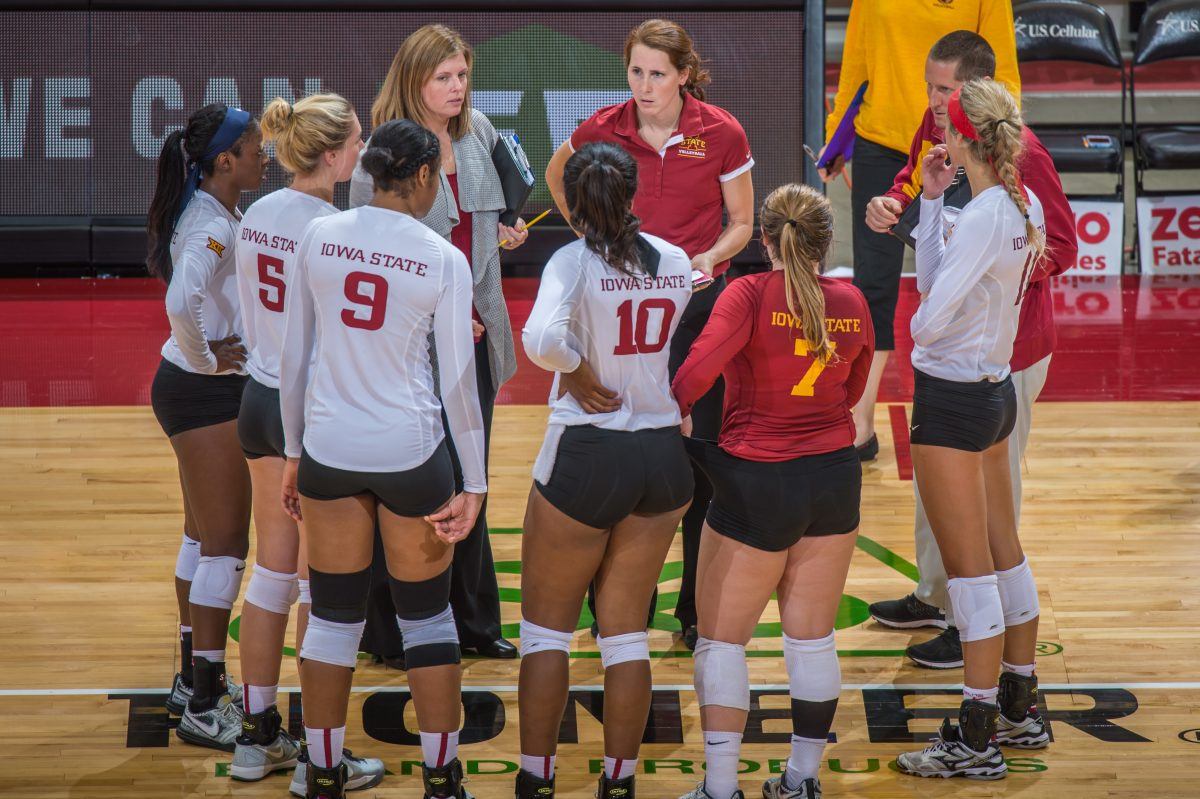 AMES, Iowa – The Iowa State volleyball team was picked to finish third in the 2016 big 12 Preseason Volleyball Poll, released Thursday. This marks the eighth-consecutive season that the Cyclones have been picked to finish among the conference’s top-three squads prior to the start of the season.

Iowa State is coming off its 10th-consecutive NCAA Volleyball Championship appearance in 2015, finishing with a 19-11 record overall, and third in the Big 12 with an 11-5 conference mark. The Cyclones return 12 letterwinners from last season’s team, led by a pair of 2015 All-Big 12 First Teamers in Alexis Conaway and Morgan Kuhrt, along with 2015 Big 12 and AVCA Midwest Region Freshman of the Year Jess Schaben.

Iowa State will open its regular season on Friday, Aug. 26 at 6:30 p.m. inside Hilton Coliseum against Wichita State. On Saturday, Aug. 20, the Cyclones will host their annual Cardinal and Gold Scrimmage at Hilton, starting at 1 p.m.