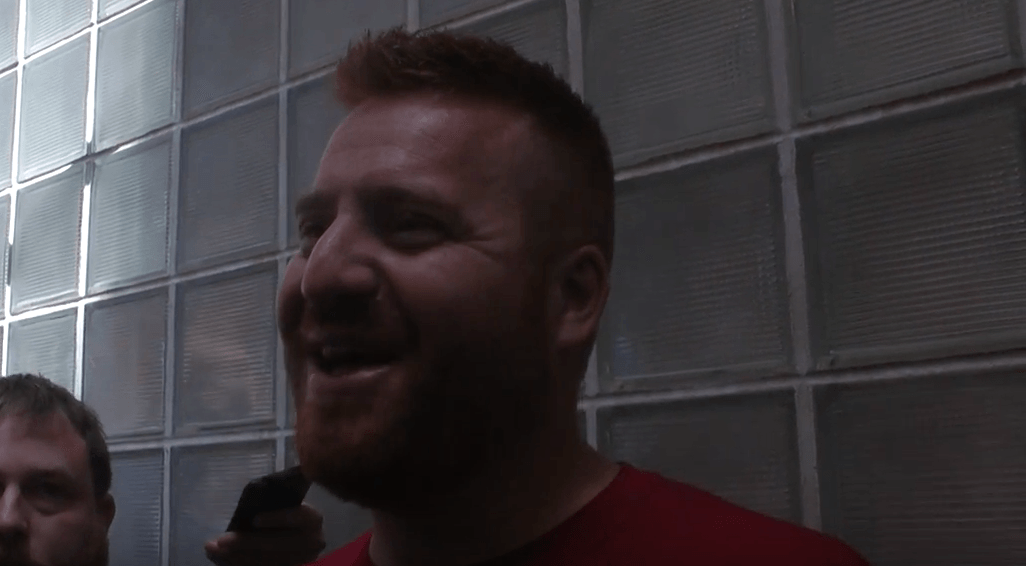 That’s not just one tight end. That’s every tight end on the roster. Six catches were made by Ben Boesen, who was a senior on last year’s squad.

So that leaves Iowa State with only returning two catches, both by senior Justin Chandler, which leaves new tight ends coach Alex Golesh in an interesting spot.

What can you expect to get from a group without any experience?

“I stood here, what, I guess, six months ago, four months ago and was a little bit down,” Golesh said after the Cyclones’ second practice of fall camp on Friday. “But I think we’ve gotten better. I think those guys know what we expect in our offense now. I think as a group they’ve gotten better. They’ve developed, they’re a little bit older, they know the system, so now you’re not teaching as much the system anymore, you can focus on the intricacies, focusing on reading defenses and understanding where you fit, both in the run game and the pass game.”

Golesh’s room seems to be full of guys that are hungry to prove themselves. Iowa State’s offense in past year’s wasn’t built to highlight the tight end, but that is expected to change under Matt Campbell and offensive coordinator Tom Manning.

Chandler’s highlight of his Cyclone career thus far is a 30-yard catch in last year’s win over Kansas. He didn’t really even get opportunities to prove what he could do as a playmaker.

Now, he will be asked to be a weapon in the pass game, as well as a blocker in the run.

The process of getting Chandler ready for a role as a pass catcher has gotten a big assist from strength coach Rudy Wade, according to Golesh. He said the same about a lot of the other guys in his group.

“That guy and his staff, what they did with my group and our football team is pretty incredible in terms of transforming bodies in six months,” Golesh said. “Getting them in shape and getting them to understand what culture we’re trying to bring. You know, he’s spent more time with these guys than we have and we had them for 15 practices. So the culture is now to be an elite football player where before I think it was can the tight end just get on the field. Now we’re trying to bring an onus to be a difference maker.”

There is potential for difference makers within the position group. JUCO transfer Cliff Fernandez brings an athletic presence that should be helpful in the passing game. True freshman Chase Allen’s natural ability has put him in position to get on the field.

A lot of it just comes back to finding guys that will be successful and guys that can make a difference when they’re on the football field.

“I don’t know what tight end wouldn’t love it,” Fernandez said. “You get to go out and catch balls. Get a change up. You don’t have your hand down the whole time. You get to go out slot wide. It’s just real nice, I like it.”

It is still too early in camp to really tell what kind of impact this group can make on the team in 2016. There just aren’t enough proven commodities to be able to make much a prediction.

That said, you can bet that the Iowa State tight ends will catch more than six passes.

“I think I’d probably take the over on that,” Golesh said. “If anyone’s betting anything.”

The fact of being too early to tell carries over to the F-position, according to Golesh. The coaching staff wants that position to play a role as a lead blocker, flats receiver or short pass catcher, but until they get pads on everybody it will be tough to make conclusions.

“I think without pads it’s really hard to say. I’ve told those guys just, ‘hey, relax, be patient here for a second,’ because it’s hard to bang those guys around,” Golesh said. “But move guys and be able to be lead blockers. Be able to run some flat routes and some intermediate short routes. I think a lot of what we see out of the F position will be determined by what those guys can do. Cole (Anderson), and Sam Harms, Justin Chandler is playing both right now. We really want to cross-train anyone that can play to be able to play both. I think once we get some pads on and continue to install, once we get through 10 days, 11 days, and now start to figure out what do we actually want to do with those guys.”

Illinois graduate transfer wide receiver Marchie Murdock is on campus and practicing with Iowa State. Golesh was on the Fighting Illini’ offensive staff while Murdock was in Champaign. This is what he had to say about the 6-foot-1-inch, junior.

“For him, it’s going to take him a second to figure out what he’s doing, play full-speed and then I think you’ll get a true evaluation on him,” Golesh said. “But I think he’s a tough, tough young man that can run. He’s played college football in the Big Ten for three years. He started a handful of games there. He started the first six games last year, was productive. He got slowed down by an injury there for a little bit but was really one of our best special teams players there and one of our better players on offense there until he got banged up. I think it will be interesting for him to get some stability and go through this process. How fast he gets on the field I think will be determined by how fast he can learn. Probably in 10 days you can get a better idea of where he is.” 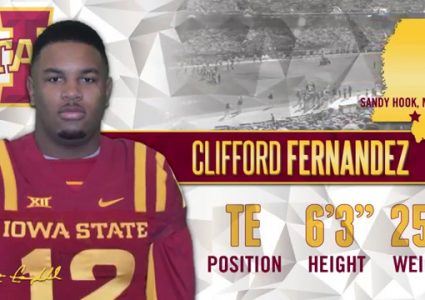