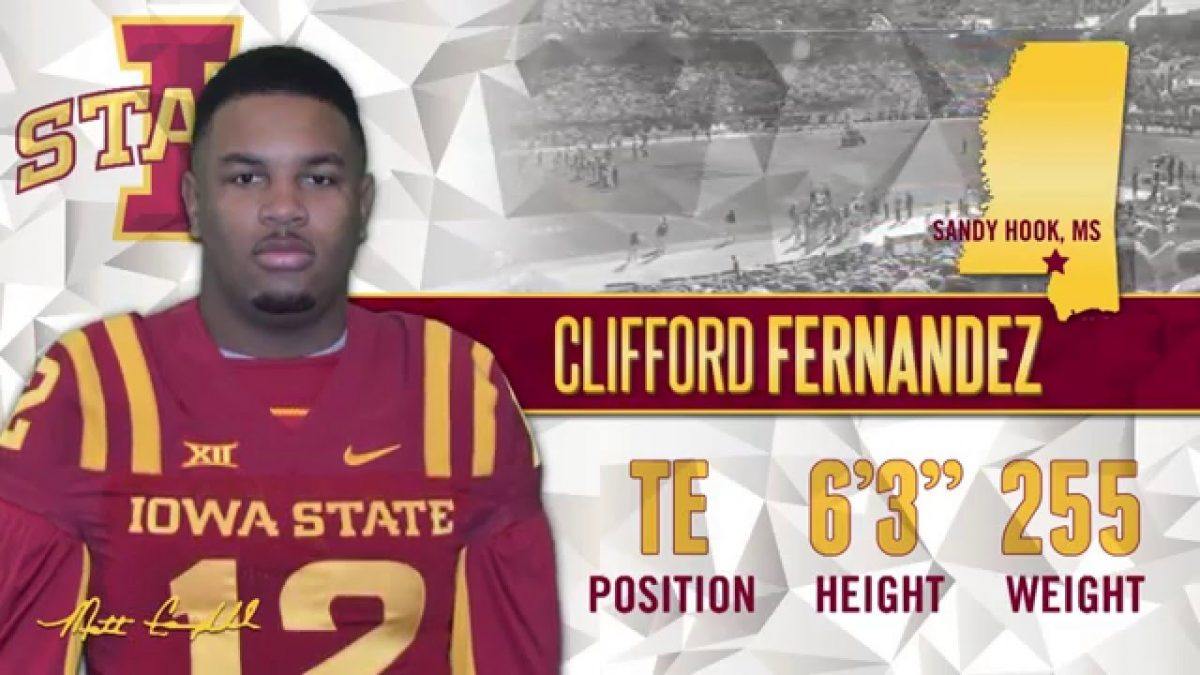 I don’t really know what to make of Iowa State’s tight ends in 2016.

I guess that is probably because it isn’t completely clear how Matt Campbell wants to use them. Does he want them spread out catching passes or in the trenches throwing blocks? Or, perhaps a combination of both?

The Cyclones have guys that are capable of playing both roles, including a few that have some game experience. This is a group that looks to me like it has some potential to be productive.

I’m really interested to talk to Campbell about the tight ends once fall camp gets underway.

Here’s my breakdown of the tight end position:

Chandler enters the season as the Cyclones’ most experienced player in the tight end room. He caught two passes for 39 yards last season while playing in 11 games. The 6-foot-4-inch, 260 pound, redshirt senior made his biggest impact with a 30-yard catch in the Cyclones’ win over Kansas.

Chandler is far from a polished pass catcher but as his moment against Kansas showed, he is capable. He’s also a solid blocker in the trenches that makes an impact in Iowa State’s run game.

The Next Man Up – Cliff Fernandez

The JUCO transfer is entering just his second season playing tight end after playing quarterback in high school and during his first year at Southwest Mississippi Community College.

The 6-foot-3-inch, 255-pound, junior caught 20 passes for 188 yards during his sophomore season at SMCC. He opened enough eyes at the position to earn the rating as the No. 12 JUCO tight end in the country, according to 247.

The Sandy Hook, Miss., native adds a great deal of athleticism to the position and also excelled on the basketball court during his high school years.

Entering fall camp, the early enrollee is listed second on the depth chart at tight end, but it wouldn’t be a bit surprising to see that change as the year goes on and he gets more experience at the position.

I had this section written early Tuesday morning before recording The Seniors (we broke down the tight ends, by the way), but the news of Allen getting 103 stitches after being hit by a car last week forced me to make some revisions.

Allen is expected to be good to go for fall camp that starts next week, and will most definitely be good by the time Northern Iowa rolls into town on Sept. 3, but it will be interesting to see what, if any, effect this has on his development.

Source says that Chase Allen is “totally fine but very lucky” after being hit by car. ISU expects him to be ready this season if need be.

In my opinion, the 6-foot-6-inch, 230-pound, freshman has the physical tools to be a star at the college level. It is probably unlikely that he’ll reach that level immediately this fall, but I strongly believe he could establish himself as Iowa State’s second or third best pass catcher by the end of the season.

Allen and junior wide receiver Allen Lazard are going to make for an interesting duo of big pass catchers the next two years.

Another Name to Know – Cole Anderson

Anderson moved to tight end before fall camp last season after playing the offensive line during his first year on campus. The redshirt sophomore missed all of last season with an injury, but now is pegged as the top man at the F position heading into the fall.

I’m really intrigued to see the role Anderson, and the F position in general, plays in the Iowa State offense. I guess I’m imagining it as some sort of flex tight, fullback combination that can do a lot of different things including catch passes, lead run block and pass block.

I’m really interested to hear about Anderson’s progress when tight ends coach Alex Golesh talks to the media on Aug. 5. 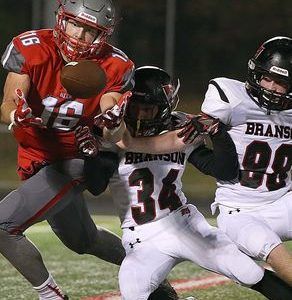 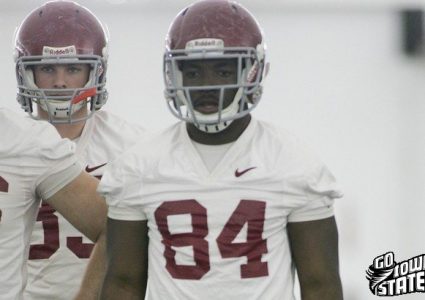