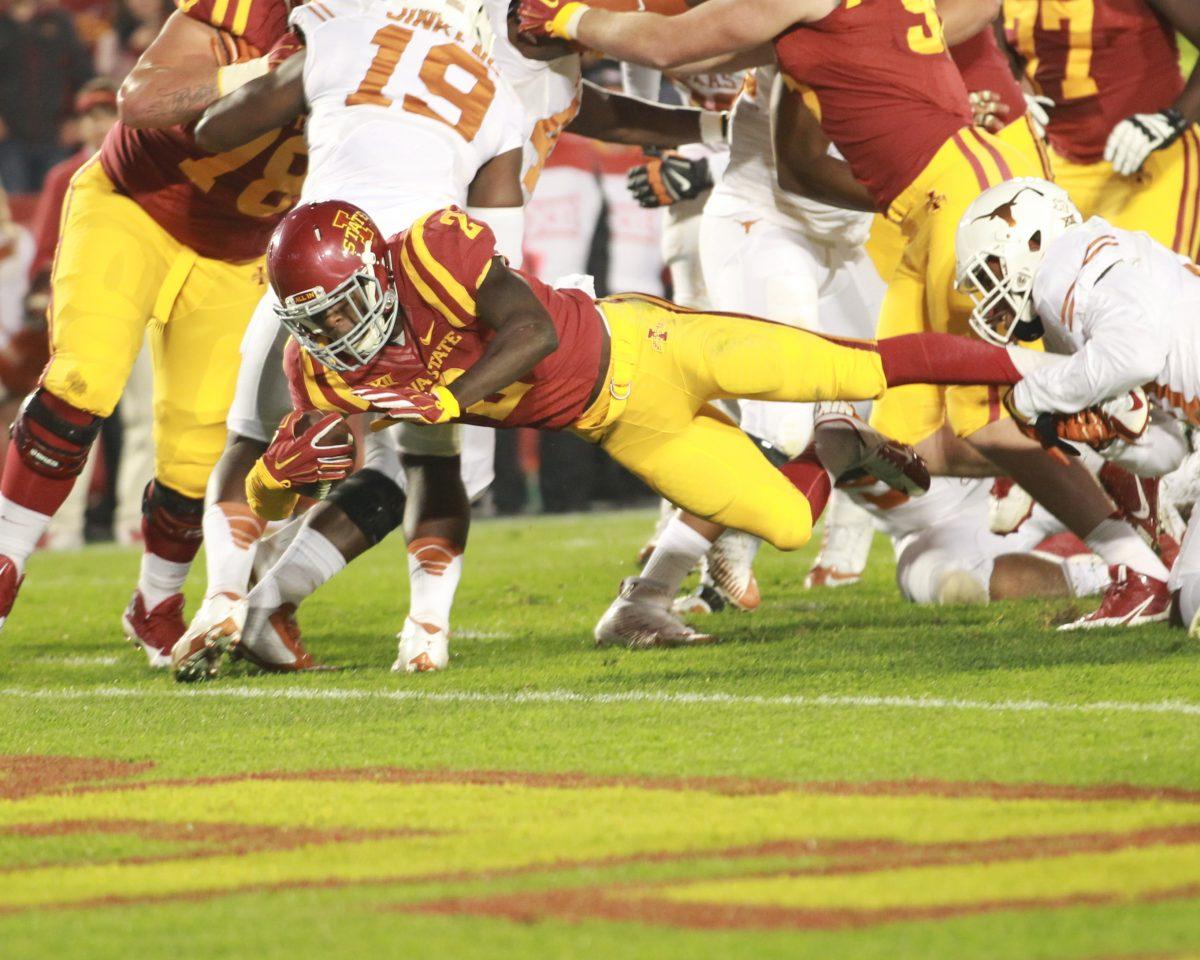 Iowa State was as balanced as they possibly could be when it came to scoring touchdowns in 2015. The Cyclones ran and passed for 18 touchdowns a piece while averaging 25 points per game.

Joel Lanning was the leading touchdown tosser with 10, while Sam Richardson accounted for the other eight. Lanning threw three touchdown passes in the losses to Kansas State and Baylor, which was the season-high.

Allen Lazard caught six of the touchdown passes to lead the team.

Joshua Thomas‘ seven rushing touchdowns marked a team-high and a new program record for rushing scores by a freshman. Mike Warren ran for five touchdowns despite having three times as many carries as Thomas.

I have no idea how many teams have finished the season with the same number of rushing and passing touchdowns, but I’m going to guess it is a short list.