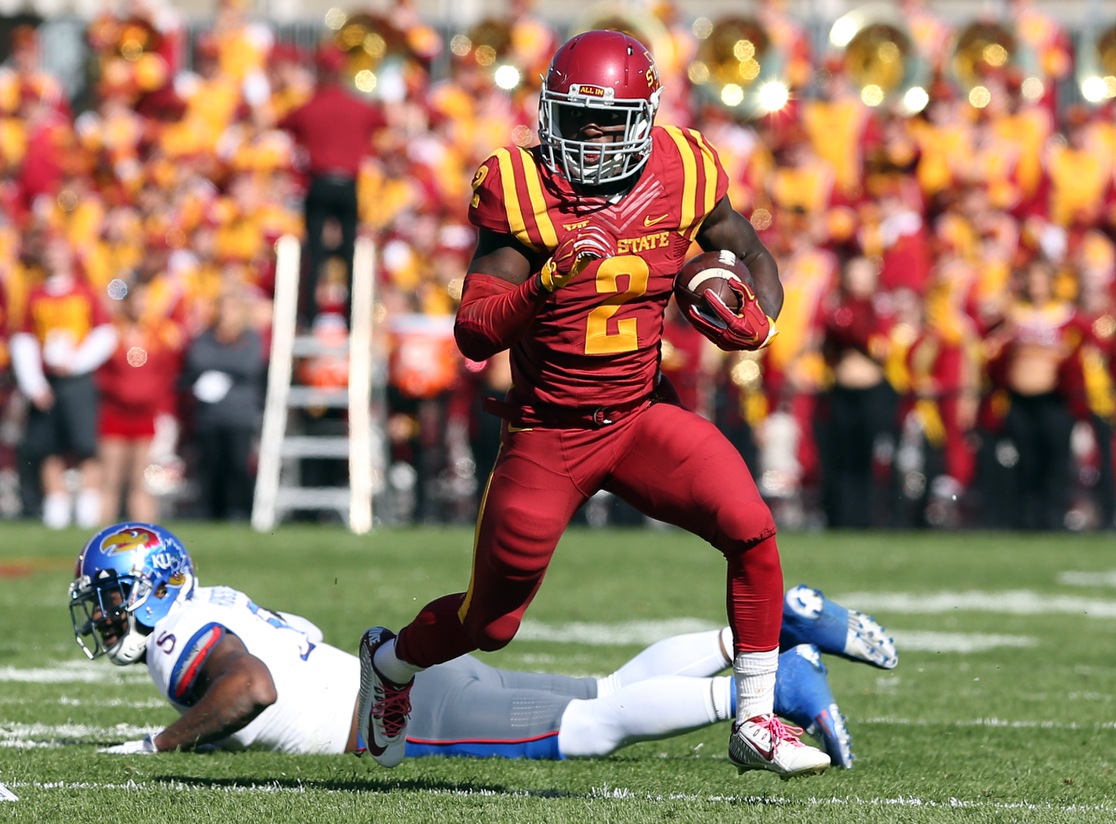 The number 38 was a lucky one for Iowa State on Oct. 3, 2015, when the Kansas Jayhawks visited Jack Trice Stadium. The Cyclones were dominant on their way to a 38-13 win.

Wally Burnham‘s defense held the Jayhawks to just 38-yards rushing on the day and only 288-yards total.

The Cyclones have allowed 38 or fewer yards rushing only 23 times in program history.

Iowa State had one of their best offensive performances of the season that day by gaining 512-yards on 74 plays.

Mike Warren ran for 175-yards and two touchdowns on 18 carries, including a 62-yard scamper that gave the Cyclones a 24-0 lead halfway through the third quarter.

Sam Richardson tossed touchdown passes to Allen Lazard and D’Vario Montgomery and ran for another to help seal the second to last win of the Paul Rhoads era at Iowa State.