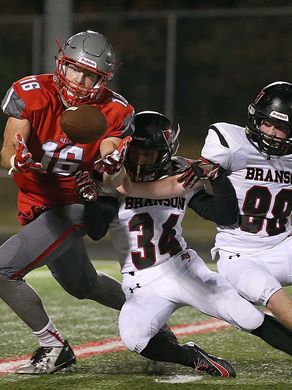 Tight end Chase Allen figures to be one of the few true freshmen to battle for playing time for Iowa State this fall, but that nearly changed late last week.

The Springfield News-Leader reported on Monday that Allen was struck by a car while leaving the Bergstrom Football Facility on Thursday night. He was taken to the hospital by several ISU coaches where he had to get 103 stitches in his back from the car’s windshield that had shattered on impact.

“I was crossing the street and a car didn’t see me but I had time to react and jump,” Allen told the News-Leader.

Allen reportedly jumped right back up after being hit by the car before being taken to the hospital.

The 6-foot-6-inch, 230-pound, freshman is expected to be one of Iowa State’s most dynamic newcomers this fall. He caught 33 passes for 654 yards and seven touchdowns during his senior year of high school.

Allen then picked Iowa State over Michigan, Nebraska and a host of other schools on signing day in February.

He has the size and athleticism that makes him a perfect fit as the hybrid tight end that has become trendy in today’s college football. It is unclear how long he will be out but it can be assumed that he’ll miss the start of fall camp that begins on Aug. 4.

The tight end position is one that can’t afford to lose much depth. Senior Justin Chandler is the only player returning that has played many meaningful snaps.

Redshirt sophomore Cole Anderson is also expected to fit in somewhere at the position, but it was clear that Allen was likely going to be the jewel of the position.

It will be interesting to see how, or if, this impacts his development heading into his freshman season. 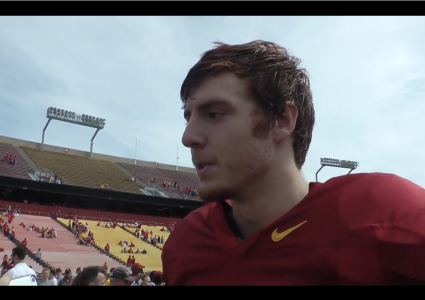 CFTV: Chase Allen on how spring practice went for him