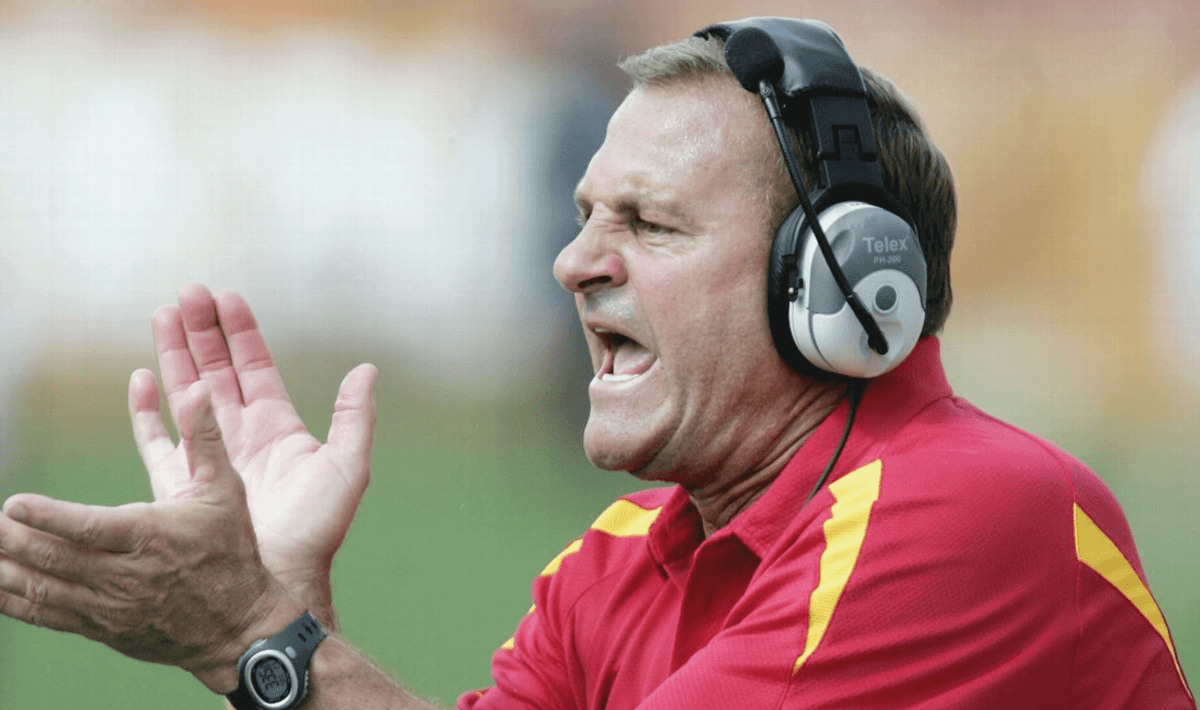 As Jared Stansbury mentioned in the first part of this series yesterday, Cyclone Fanatic is doing a countdown to Sept. 3 when Iowa State takes on the UNI Panthers to begin the 2016 season. Within this series, we will provide some sort of statistic involving the Cyclones or one of their opponents in 2016, a former player or just a random tidbit correlating with the certain day in the countdown.

On that day, the Cyclones traveled to Lawrence and absolutely crushed the Jayhawks 49-7. That was the last time the Cyclones put exactly 49 points in a game.

Ennis Haywood led the way with 189 yards and a whopping four touchdowns as Iowa State won its first game at Kansas since the year 1989. Led by a 36-yard interception return for a touchdown by Matt Wood, Iowa State’s defense forced six Jayhawk turnovers.

The year 2001 was Dan McCarney’s seventh season roaming the sidelines in Ames and was Seneca Wallace’s first year wearing cardinal and gold.