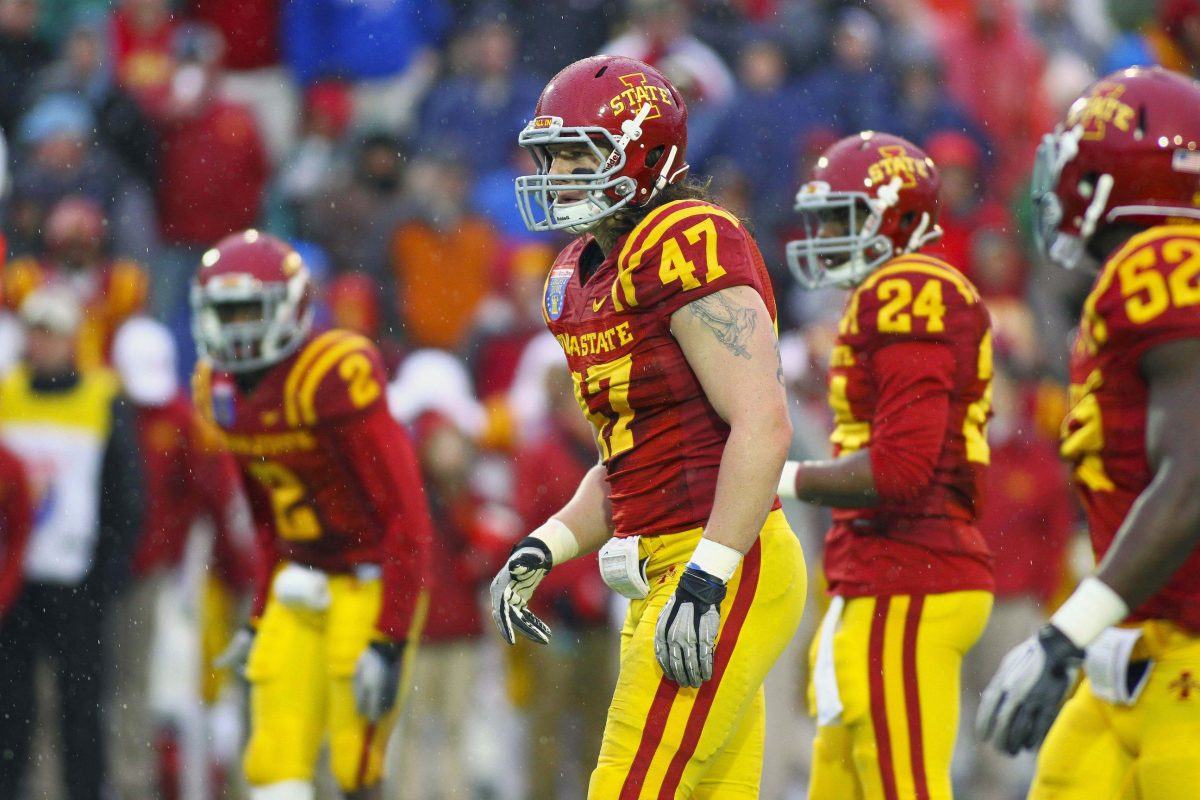 Cyclone Fanatic is counting down the days to when Iowa State takes the field for the 2016 season opener against the UNI Panthers. Today, the countdown is at 47 days.

In 2009 during A.J. Klein’s freshman year, No. 47 played in every game and recorded 17 tackles, one forced fumble and one fumble recovery. His best game was in the upset at the Nebraska, when he tallied four tackles.

It was as a sophomore in 2010 when Klein broke out onto the scene. He earned honorable mention All-Big 12 honors and averaging 9.25 tackles per game. That was good for fifth in the Big 12 in that category.

In 2011, the Wisconsin native was named Big 12 Co-Defensive Player of the Year after recording 116 tackles and 7.5 tackles for a loss. Some of his standout games that year were in the upset against No. 2 Oklahoma State when he tallied 14 tackles and in the Pinstripe Bowl against Rutgers (15 tackles).

Then during his senior season, Klein improved upon his 116 tackles by recording 117 of them. He capped off his Cyclone career by tallying a career-high 19 tackles in the Liberty Bowl against Tulsa and earned First-Team All-Big 12.

Klein finished his career with 361 tackles, ranking him fourth on the all-time Iowa State tackle list.

As our publisher Chris Williams would say, Klein was one of the biggest badasses to ever don the Cardinal and Gold uniform.