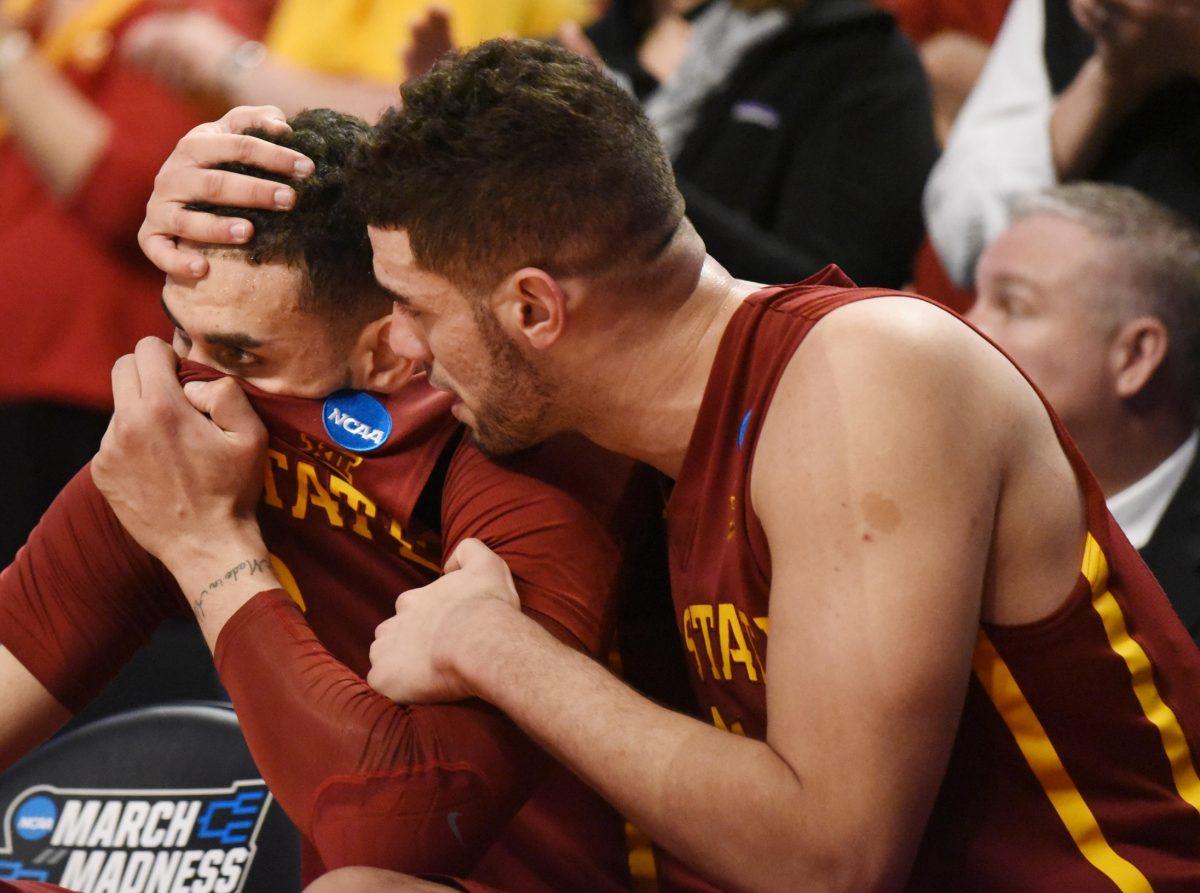 As a second round pick in the NBA Draft, nothing is guaranteed. That’s the motto Georges Niang and Abdel Nader are living from now until November. Niang and Nader must continue to fight for an NBA paycheck because only first round picks get guaranteed three-year contracts. Second round selections, like Niang and Nader, can negotiate freely, but the majority receive only partial guarantees and signing bonuses, meaning they can be cut at any time or stashed in the D-League.

Opportunity and roster space are paramount to making an NBA team. NBA teams can have up to 15 slots on their roster, but only 13 can be suited up for a given game. Some teams opt to fill all 15 spots, others fill the minimum. It has also become increasingly popular for teams to stash players to their D-League affiliates in order to not fill a roster spot and to get the player more experience. It’s all a numbers game when trying to stick in the NBA.

With that in mind, what are the chances Niang or Nader make a team and play any NBA minutes this season?

He was drafted in the second round as the 50th overall pick by Larry Bird’s Indiana Pacers. The Pacers traded their first round pick for veteran Thaddeus Young, so Niang was their only selection of the night. As of June 27th, the Pacers have 10 players locked into guaranteed places on the roster. This means they will have up to five potential roster spots up for grabs. The NBA free agency period starts on July 1st so keep an eye on anyone the Pacers sign.

Niang will also have to battle two players that were under contract with the Pacers last year, Glenn Robinson III and Shayne Whittington, for a potential roster spot. Those two do not have guaranteed contracts this season, but are probably going to be invited to training camp. Whittington in particular will be competition for Niang at the “play-making” forward position. He played seven games with Indiana last year and spent most of the year with Fort Wayne, their D-League team.

Currently, the Pacers forwards are Paul George, Thaddeus Young, Myles Turner and Rakeem Christmas. They are attempting to move to a more up-tempo, Golden State Warriors like system and would like to have a Draymond-Green type offensive player. From afar, it seems Niang would be a great fit in this role and the Pacers have a need there.

Niang is set to join the Pacers summer league team. They begin play this Saturday, July 2nd in the Orlando Summer League. It is a HUGE opportunity for Niang to prove his worth and staying power. With the roster make-up of the Pacers and Niang’s fit, I would bet on him making the roster. However, pending who the Pacers grab in free agency, it may be difficult for Niang to get many minutes on the floor. Niang may even spend a month or two in Fort Wayne with their D-League club as an assigned prospect, but by and large he has a great opportunity to fulfill a dream and make an NBA team.

Abdel Nader was taken by the Boston Celtics with the 58th pick.

His situation is a bit different. Nader reportedly has agreed to spend the entire year with the Maine Red Claws, the Celtics D-League club. This is called the domestic “draft and stash” transaction. Six second rounds picks last year went this route. Essentially, the player signs a contract with the D-League affiliate, but the NBA team holds the player’s rights. Meaning that player would only be able to be called up by the parent club. Because the contract is with the D-League team, the “draft and stashers” don’t count against the 15-man roster limit.  Prior to 2014, any D-League player not on an NBA 15-man roster could be called up and have their rights picked up by any other NBA team. This new “draft and stash” rule gives NBA teams more flexibility to keep a close eye and protect their drafted players.

(This new rule is also why some fringe draft picks would rather not be selected in the Draft because their opportunities to make the NBA are limited to the franchise that selects them for as long as that club holds their rights.)

The Celtics had six draft picks and there is no way all will make the NBA roster. By stashing Nader in the D-League, they can develop him and potentially call him up down the road without him taking a valuable roster spot. Nader will still play for the Celtics summer league team. They play in the Utah and Las Vegas leagues starting July 4th. If Nader plays well enough, he will certainly get an invite to training camp and still COULD make the Celtics. But all signs point to a year of development in Maine.

NBA roster situations can be very fluid and complex. The road is very difficult for anyone not selected in the first round. Roughly only twenty-five percent of second round selections ever play in the NBA. The good news for Niang and Nader is someone believed in them enough to get to this point. Now it is up to them to prove they can stay.

There are a few other former Cyclones that are likely to be on Summer League rosters as well. Be sure to check out the @CycloneFanatic Twitter feed for updates on where they end up as news arises.