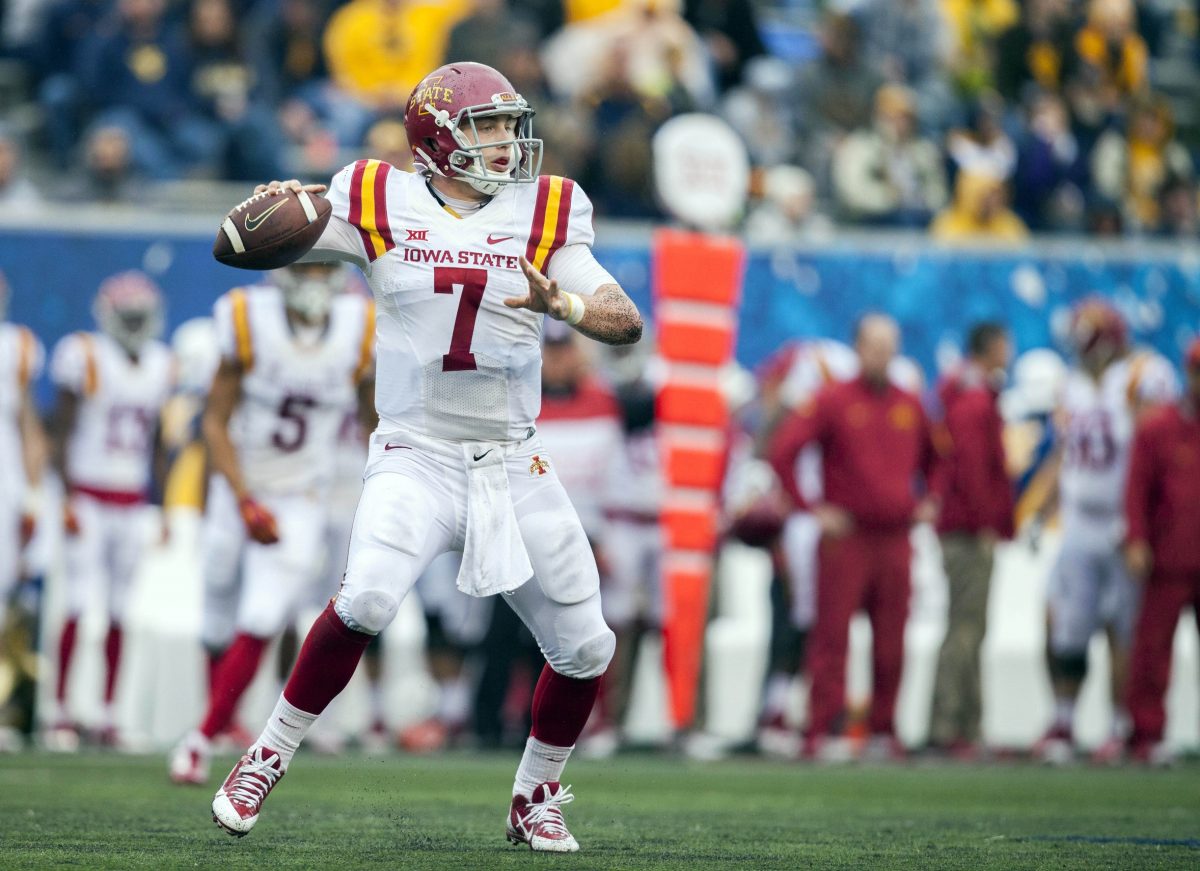 When Joel Lanning officially took over the reigns as the man under center for Iowa State halfway through last season, he gave the Cyclones a fighting chance in all but two games that he started and with that, some hope for the future.

Entering his first year as a collegiate starting quarterback, now Lanning has to adapt to a new offensive system and coaching staff. But Cyclone fans have already gotten a taste of what Lanning can do.

“I thought he managed the game really well,” new head coach Matt Campbell said after the spring game. “I thought his drives were really effective. He took care of the football. He’s really progressed every day, and I really appreciate that about him. Joel’s got great ability, and I think you saw some of that.”

What will Cyclone fans see out of Lanning in 2016?

He won’t be asked to sling the ball around 40-plus times like Texas Tech and Oklahoma State ask their quarterbacks to do. He will however be asked to hand off the ball on first (266 rushes-132 passes last season) and second (162 rushes-133 passes last year) down and depending how far away from the first down the Cyclones are, either pass or hand it off again.

During Campbell’s time as the head coach of the Toledo Rockets (2012-15), he had three quarterbacks: Terrance Owens (2012-13), Logan Woodside (2014) and Phillip Ely (2015). Campbell never asked much out of his quarterbacks. He just expected them to be effective and efficient within the offense.

Average those four seasons statistics out and you get: 2,541 yards, 19 touchdowns, nine interceptions and a 60-percent completion rate.

That stat-line is a quality benchmark for Lanning in 2016 in Campbell’s first year as the head man in Ames, as Toledo passed the ball 45.5 percent out of all the offensive plays ran last season.

While former Campbell quarterbacks give Cyclone faithful a good benchmark on what Lanning should do through the air, there is one thing they don’t give insight on – what his rushing totals could be.

Lanning’s running ability was at first, the primary reason he saw the field last year (remember the Lan-Ram package). Considering he is going to be the starter this year for the Cyclones, those rushing numbers should increase.

Now it is time to figure out how Lanning will fare in the most important category for a quarterback – wins and losses.

Campbell’s former quarterbacks were winners. They each tallied nine-win seasons, with the lowest winning season being 7-5 in Owen’s second year starting for Campbell.

However, Iowa State fans should not be preparing for a nine-win season because the Cyclones’ 2016 schedule, which is currently the No. 18 hardest in the country according to ESPN, isn’t as favorable as the Rockets past four schedules have been.

Toledo doesn’t have to play powerhouses like: Baylor, Oklahoma or Oklahoma State each year. The strongest team the Rockets played under Campbell was either the Arkansas Razorbacks last year or Missouri Tigers back in 2014.

If Lanning keeps on progressing the way he is and the way the coaching staff likes, Iowa State faithful should be on the lookout for one of the most productive, quality quarterback seasons in recent Cyclone football history. And maybe a bowl game in 2016? But only time will tell if that happens.

*All stats were provided by cfbstats.com*