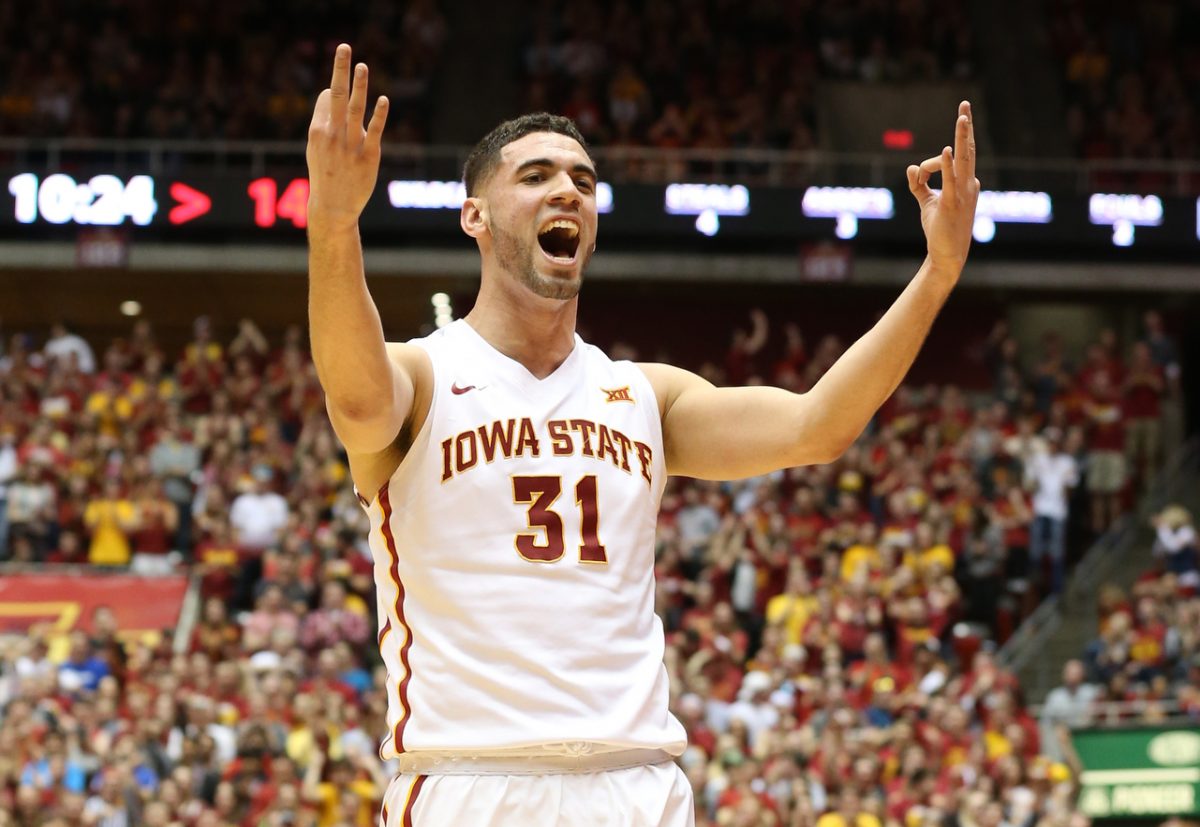 LOS ANGELES – Iowa State senior Georges Niang has been announced as the winner of the 2016 Karl Malone Award, presented annually to the nation’s top college basketball power forward by Basketball Hall of Fame. Niang was named the recipient of the award Friday evening on ESPN’s College Basketball Awards Show, which was held at Club Nokia in Los Angeles.

Niang, who has re-written the Iowa State record books, is the first Cyclone men’s basketball player to win an individual postseason award. He is the first two-time All-American in school history after earning second-team honors from the Associated Press, National Association of Basketball Coaches and the United States Basketball Writers Association.

“It is an honor to be given this award,” Niang said. “You grow up watching guys like Karl Malone and to take home an award that states my game emulates the way he played is pretty cool. I’m thankful for my coaches and teammates for making this all possible by pushing me and believing in me every day.”

Niang, a Methuen, Massachusetts, native, posted one of the great seasons in Iowa State history, averaging 20.5 points and shooting 54.6 percent from the field, 39.2 percent behind the arc and 80.7 percent at the free-throw line en route to earning consensus All-America honors in his final collegiate season.

The unanimous All-Big 12 First-Team selection was a dominant force on the offensive end, scoring in double figures in all 35 games and posting 17 games with 20 or more points. He was at his best against ISU’s best opponents, tallying 22.8 points while shooting 55.6 percent from the field and 43.4 percent from 3-point range in 23 games against teams that qualified for the NCAA Tournament.

Niang’s versatility was perhaps his greatest asset. Along with finishing second among Big 12 players in scoring, he was the only player in the league to rank among the top-10 in rebounds and assists.