The following press release is courtesy of Iowa State Athletics

AMES —  Iowa State junior Georges Niang has been announced by the Naismith Memorial Basketball Hall of Fame as one of five finalists for the Karl Malone Power Forward of the Year award.

Niang is leading Iowa State in scoring and ranks fourth among Big 12 players with 15.2 points per game. The All-Big 12 first-team selection has grabbed a career-best 5.4 to go along with 3.4 assists per game. He’s shooting 41.2 percent behind the arc and 79.6 percent at the free throw line.

The Methuen, Massachusetts, native is the only junior in the nation with 1,400 points, 450 rebounds and 275 career assists.

Niang and the Cyclones will be back in action Thursday at 6 p.m. at the Phillips 66 Big 12 Championships. ISU, the 2-seed in the tournament, will face either 7-seed Texas or 10-seed Texas Tech. 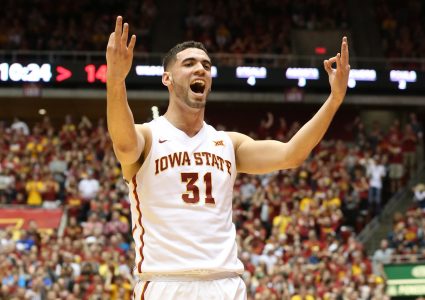