Iowa State showed up on only one of the way-too-early top 25 lists put out by the various national basketball pundits but ESPN‘s Joe Lunardi apparently isn’t quite buying into the ‘Iowa State won’t be as good narrative.’

Lunardi has the Cyclones as a No. 5 seed in his first Bracketology update for the 2016-17 season.

He has Iowa State taking on Ivy League champion Princeton in Salt Lake City for the first round. Five other Big 12 teams are in Lunardi’s initial field with Kansas (No. 1), West Virginia (No. 3), Oklahoma (No. 4), Baylor (No. 7) and Texas (No. 8) joining the Cyclones.

The Big 10 and ACC have the most teams in the field with eight a piece. Duke, Kentucky and defending national champion Villanova are the other three No. 1 seeds.

Iowa also makes the field as a No. 7 seed. 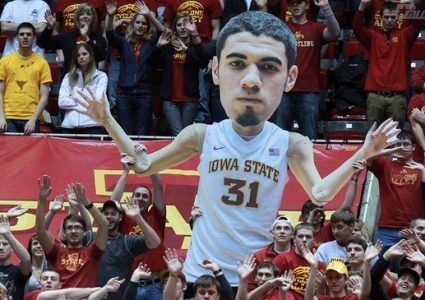