The nation’s best conference once again has the nation’s top team as the Kansas Jayhawks are back atop the AP Top 25 entering the final week of the regular season. The Big 12 also boasts seven teams in the most recent bracketology by several different experts.

Possibly the most intriguing matchup for the No. 21 Iowa State Cyclones (they fell four spots in this week’s AP poll) would be a trip to Providence as a five-seed against Valparaiso, according to USA Today. While the Crusaders are the class of the Horizon League, it’s the potential round of 32 matchup that has me drooling.

CBSSports’ Jerry Palm put together a pretty interesting possibility for Iowa State as well with the Cyclones as the No. 4 seed playing Princeton in Spokane. While Spokane is an awful city (purely my opinion and I’ll back it until I die), the Round of 32 could be very interesting with a rematch against either Texas A&M or Chattanooga.

This scenario could be the Cyclones best scenario for a deep run with Villanova as the top seed, Miami (FL) as the two and West Virginia as the three. Dayton (six-seed), Texas Tech (seven-seed) and Wisconsin (nine-seed) are a few other notables in this one.

Joe Lunardi at ESPN.com also has the Cyclones as the No. 4 seed in the same region as Villanova and Miami with a first round matchup against the Yale Bulldogs in Denver. A very interesting matchup with Indiana would be a possibility in the round of 32 if they could get past Arkansas-Little Rock in what would be a matchup of one of the best offensive teams against one of the best defensive teams in the country.

Maryland (three-seed), Baylor (six-seed), Seton Hall (seven-seed) and VCU (10-seed) all are other notable teams in this East region.

Even though the USA Today bracket has me drooling all over myself as a college basketball fan, the best scenarios for Iowa State would be the last two. In my mind, Villanova is the weakest of the No. 1 seeds and the same could be said about Miami on the two line.

With all that said, I’m sure it will just be different tomorrow. 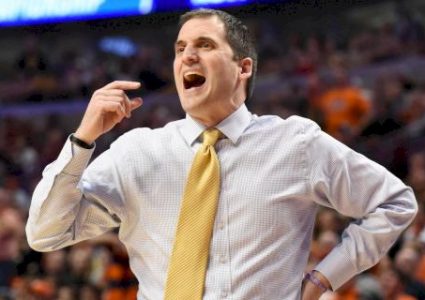