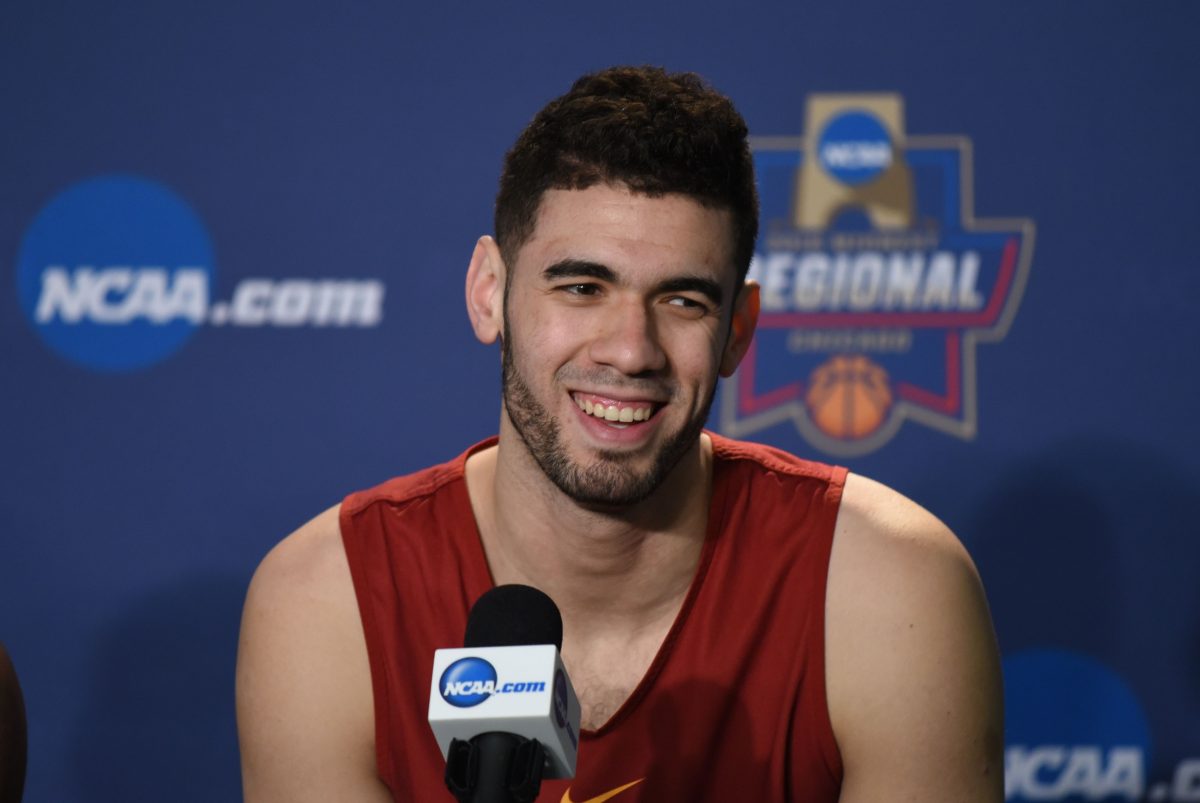 Is it the Clone running through my blood or is Iowa State vs. Virginia (6:10 p.m., Friday on CBS) an insanely intriguing basketball game?

While driving five hours from Des Moines to Chicago on Wednesday, I listened to every form of sports talk radio that a guy can drum up (podcasts, radio, satellite). I’m not kidding, you guys: I didn’t hear one conversation about this contest (and for what it’s worth, Bobby Cremins from that college sports channel on satellite radio is the worst basketball analyst I have ever heard in my life).

Rightfully so, North Carolina vs. Indiana got a lot of play as it should, considering these are two blue bloods that are each playing incredible basketball right now.

But guys, my dudes, homies: this Iowa State/Virginia matchup is incredible.

Like a dog at the dinner table, I am salivating at the mere thought of what is about to go down on Friday night.

According to KenPom.com, this contest features the second-most efficient offense in America (Iowa State) going up against the nation’s fourth most efficient defense (Virginia).

When it comes to tempo, Virginia is the slowest basketball team in the country (ranked No. 351 out of 351). An average Cavalier possession lasts just over 20 seconds. Iowa State’s (ranked 20th in average length of possession) mark is a full five seconds lower than that at just over 15.

“He’s a special player for sure,” Brogdon said of Niang. “He’s one of the great players of this year and he presents his own challenge for sure. It’s going to be a team effort and that is what our strength is, is team defense, is playing the pack line as a team. We’ve been able to frustrate most everybody that we’ve played and hopefully we can do the same tomorrow night.”

There’s Monte Morris (in the Final 5 for the Bob Cousy Award), who is obviously an elite point guard. He will match up with London Perrantes, a super sophomore who led the ACC in 3-point shooting this season (47.9 percent).

You a football guy? Here’s an attempt at a comparison: It’s Baylor (Iowa State, offensive oriented and fast-paced) vs. Alabama (Virginia, slow it down and play nasty defense).

Here is the biggest misconception that there is about Iowa State basketball though – that all the Cyclones can do is run, gun and shoot the three. That might have been the case when Tyrus McGee was roaming the streets of Ames but doesn’t exactly ring true anymore.

“I feel like we are more comfortable in the half court,” floor general Monte Morris said. “I feel like we have a better feel for what Coach Prohm wants. Down the stretch, especially when you miss media timeouts, it’s tiring. At times when you see me slow it down it’s me knowing if we are tired we will make a stupid mistake. We will slow it down here and there but we definitely want to run tomorrow.”

According to KenPom.com, Iowa State enters Friday as the fourth best team in America with a 2-point field goal percentage of 56.6. The Cyclones are ranked 22nd shooting the three with a 38.6 percent mark.

“To say that we just go down and back and jack up shots isn’t true,” an injured but very involved Naz Mitrou-Long said. “We have smart basketball players on this team. We have very, very smart players and a smart coaching staff. We slow it down when it is time to slow it down.”

Since advancing to the Sweet 16 last Saturday in Denver, there has been faint noise about the Cyclones “not beating anybody” to get there, which is absolute hogwash. Tournament games (against anybody) are hard to win. Just Tom "I own the month of March" Izzo and Michigan State. How’s the weather in East Lansing this time of year anyway?

Here’s a guarantee: If Iowa State advances to the Elite Eight by beating this Virginia team that KenPom ranks as the best in the nation, the Cyclones will have earned it.

This folks, is what March is all about. Contrasting styles. Elite players. Coaches playing chess. Inside of a legendary arena, it’s a matchup between two teams that have been ranked in both major polls for every week this season.

What’s not to love?

Cyclone fans love great basketball. I don’t know if Iowa State will win or lose tomorrow night, but I do know we are on the eve of a phenomenal matchup.

Sit back, grab the closest thing you can find to a Clone Cone, and enjoy.

Morris vs. Staten should be a 40-minute matchup this time