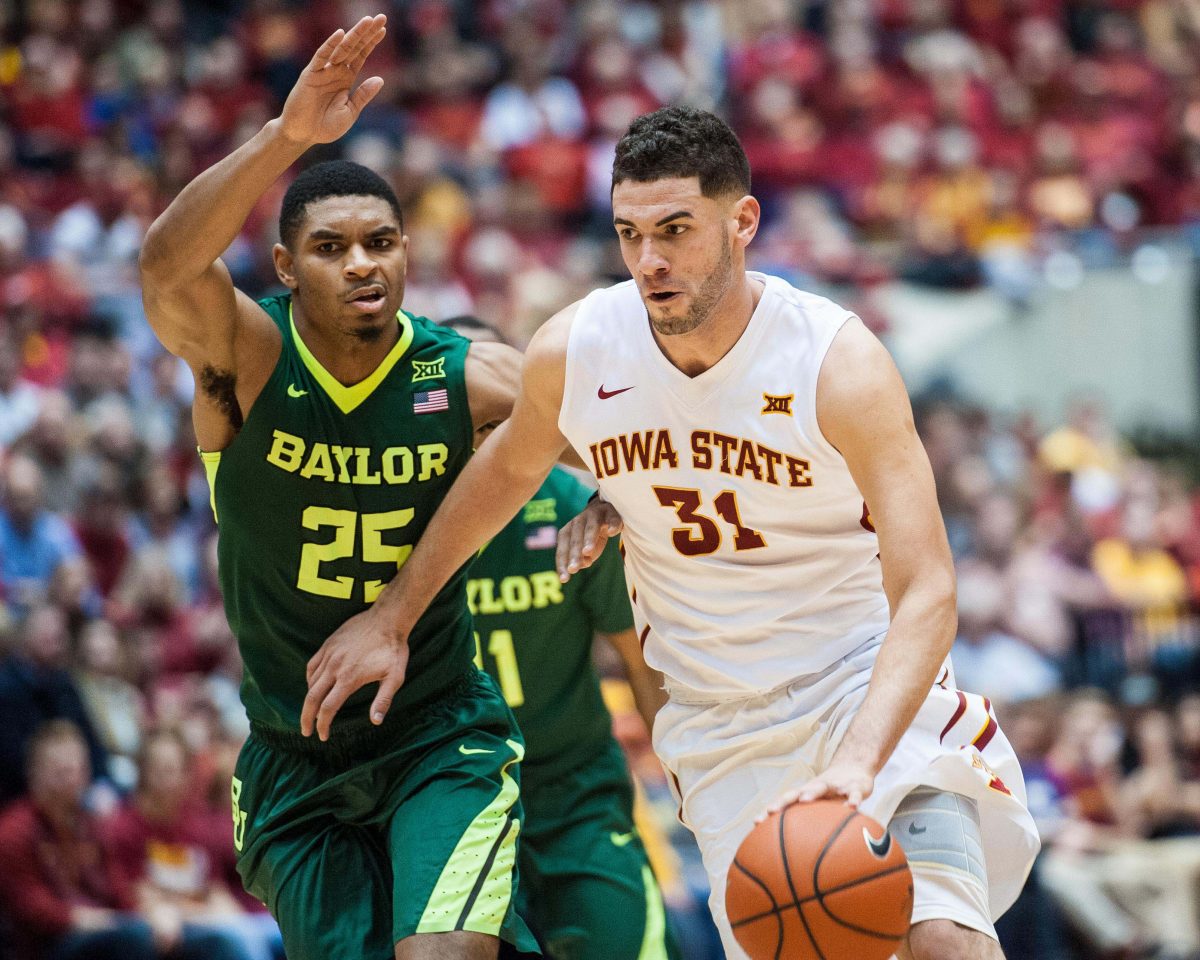 “They made shots,” he said. “They executed. And they played harder than us.”

Ouch. The Scott Drew-led Bears (12-3, 2-1) essentially punked the Cyclones (12-3, 1-2) at Hilton Coliseum for the second straight time while simultaneously dropping them a game and a half back in the conference title chase.

“They went on a run,” said ISU’s Georges Niang, who scored a team-high 22 points. “We sort of got punched in the mouth and we need to do better at responding.”

Last February, a string of seven straight 3-balls sank ISU after it had led most of the way.

Saturday, consecutive transition buckets from super-sub Johnathan Motley, followed by a three-pointer and 3-point play by Lester Medford culminated to form the latest cause for the Cyclones’ angst.

“It was the same way,” said Cyclones point guard Monté Morris, who scored 12 of his 21 points as his team tried to rally in the final 1:32. “Scott Drew used his last timeout last year around the same time and they went to triangle-and-two. Last year, they put it on me and Matt. This year they went Georges and Matt. We just didn’t respond. It is what it is. We have to to bounce back.”

Three straight offensive possessions against the triangle-and-two for ISU came up empty. Abdel Nader turned it over. Niang missed the front end of a one-and-one. Morris missed a 3-point try. Medford completed the 10-0 run and the Cyclones — who led 58-47 with 13:48 left — wouldn’t sniff the lead again.

“Got a little too comfortable with that lead,” said Thomas, who scored eight points while snaring seven rebounds. “That’s where we, especially at home, if we get a 10-point lead, we’ve got to extend it to 15 instead of letting them come down and make a couple shots and now it’s four, or now it’s five. I think that’s a big area of improvement that we can work on just because I think we find ourselves in that situation a lot, where we get up eight, 10, 12, and instead of extending the lead to 15, 20, we allow teams to hang around and stuff like this can happen when you let teams hang around.”

Motley scored a game and career-high 27 points off the bench for the Bears, who improved to 2-11 all-time at Hilton. The long and athletic forward grabbed seven of Baylor’s 10 offensive boards and went 13 of 15 from the field. The Bears shot an alarming 61.3 percent while scoring 60 second-half points. They also consistently knocked down 15-foot jumpers, while also hitting 77 percent from the line, including 12 of 14 in the final 1:08.

“We didn’t really game plan for their bigs to make as many mid-range jumpers as they did,” said McKay, who had 13 points and seven boards. “I think that kind of caught us by surprise. Other than that, they just outplayed us.”

That’s a big "other than that." But to be fair, Baylor didn’t outplay ISU for most of the game. Just when it counted the most.

“The sickening thing, the frustrating thing is in the first half I think we were really engaged,” Prohm said.

On offense. on defense. All around. So good at times, so wanting at times.

“I think at spurts in the game we play great defense and then at times I think we’re really lazy on D and we give up easy buckets, easy 3s,” Thomas said. “That’s just something that we’re going to need to fix if we want to be a great team.”

Consider the repairs underway. Every season needs some — even ultimately successful ones.