The Baylor barrage had begun and with each made 3, Iowa State systematically unraveled.

An eight-point lead? Gone in two minutes and nine seconds.

A chance to pull into a first-place tie with Kansas atop the Big 12 standings? Gone in the final 8:08 as the No. 19 Bears buried seven of their season-high 14 3-pointers to stun the suddenly-wobbly No. 12 Cyclones, 79-70, Wednesday at sold-out Hilton Coliseum.

“You would have thought after the week we had and what was at stake, we would have come out off the locker room with great urgency,” said ISU coach Fred Hoiberg, who saw a 21-game home winning streak snapped. “We just didn’t have that.”

Baylor did, striking for a 25-8 run after Jameel McKay’s alley-oop dunk off a pass from Georges Niang put the Cyclones up 62-54, with 8:28 left.

ISU missed its last nine shots after Dustin Hogue’s only basket made the score 66-63.

Baylor’s string of seven from deep jolted the Cyclones within a lighting-quick span of 3:27.

“We just didn’t stick together as a team,” said McKay, who scored a career-high 21 points while pulling down eight rebounds and blocking four shots. “We stopped communicating. We lost our togetherness, which led to open shots.”

The Cyclones (20-7, 10-5) now share second-place in the standings with Oklahoma and West Virginia. Winning at least a share of the regular season title likely has moved from the realm of possibility to pipe dream.  But was it on ISU’s minds entering the game?

The Bears achieved something they never had before: Winning at Hilton. Baylor (21-7, 9-6) had lost all 12 of its previous meetings with the Cyclones in Hilton. Scott Drew had been the coach in seven of them.

“Coach Hoiberg and the crowd up here and the team up here — you’ve got to bring your A-plus game and they’ve got to miss some shots at the end,” Drew said.

That they did. ISU made 12 of its first 19 from the field in the second half while turning a three-point halftime deficit into that short-lived eight-point edge. Then came the nine straight misses as the Bears got rolling.

“We missed shots out there where, you could have ate a sandwich and shot the ball,” Hoiberg said. “And it affected us. I thought it affected us on the other end. As opposed to miss a shot, go down and get it back. You can’t let that happen. Offensively, we were clicking pretty well most of the game and then we go in a drought and it affected us, It affected our defense.”

“They way I guarded tonight was absolutely embarrassing,” Thomas said. “That’s all that matters to me right now.”

So it’s back to the drawing board. Another learning experience, with three regular season games to go.

“You can’t let one become two,” said Hoiberg, whose team hasn’t lost consecutive games all season. “You’ve got to bounce back.” 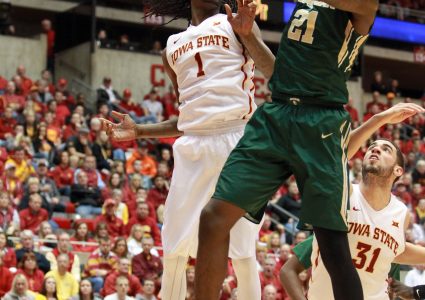 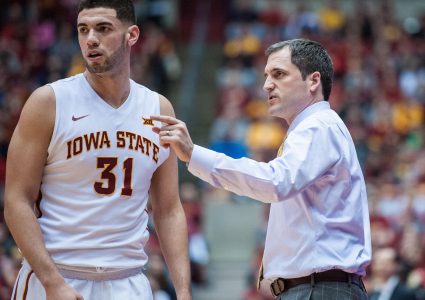 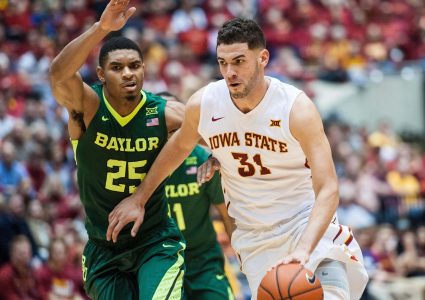