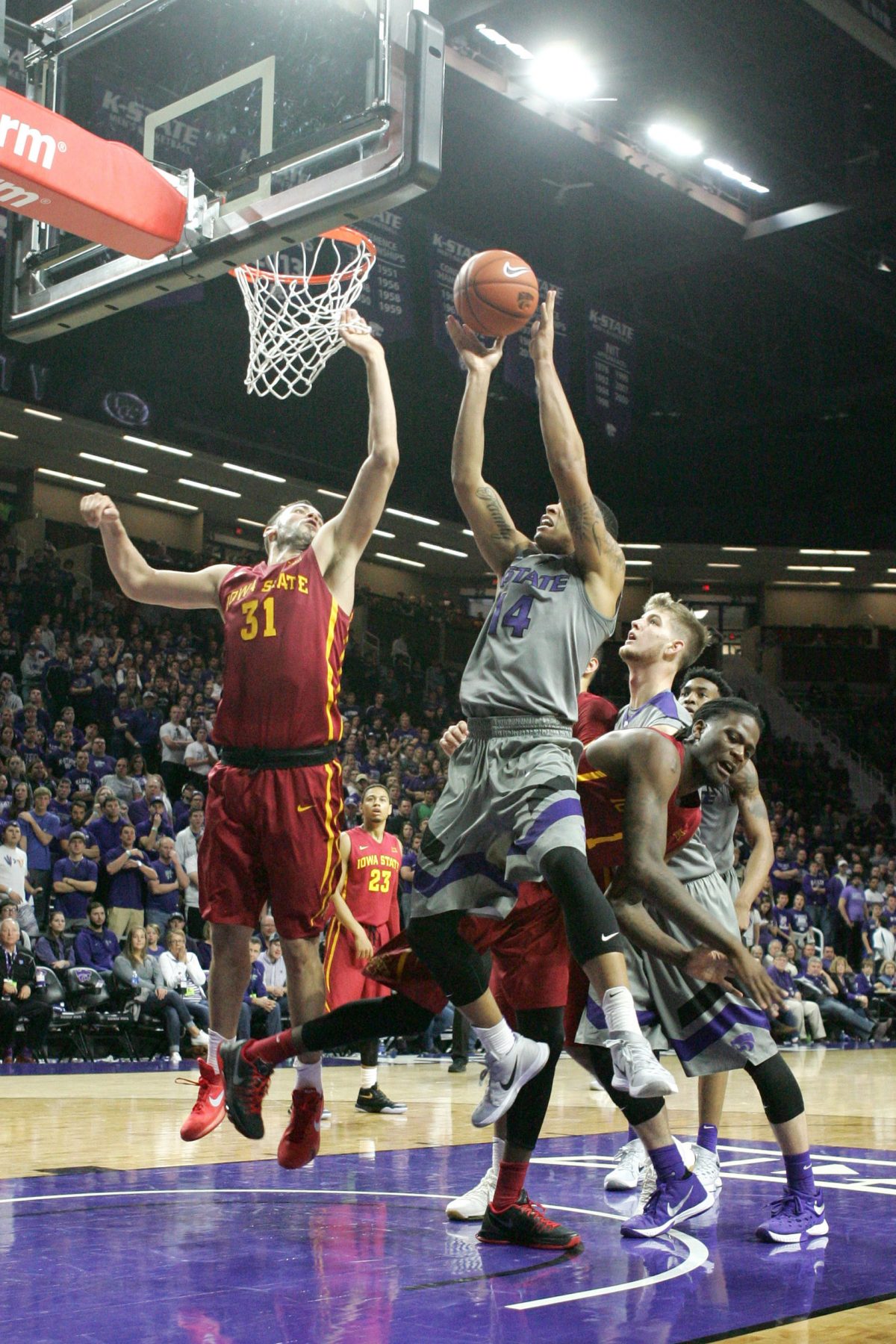 Kansas State had slashed to the rim to whittle his team’s 13-point lead to just a five-point edge with an 8-0 run midway through the second half.

So Prohm stood up and called for a timeout with 9:35 remaining Saturday at Bramlage Coliseum. The No. 17 Cyclones then refocused and locked in — unleashing a 7-0 tide-turner in a span of 77 seconds.

Prohm had shed his necktie by then — too constricting, he said — and ISU eventually pulled away for a convincing and vital 76-63 win before a crowd of 12,462 silenced fans.

“You don’t want to play so well and then just lose it,” Prohm said of the well-timed timeout. “So many times this team’s played catch-up — not just this year but in the past. Iowa, Texas. you know what I mean. Let’s play with a lead. Let’s play smart. You saw, we reversed the ball, reversed the ball, (Abdel Nader) gets a layup. Reversed it, now we got Georges (Niang) one-on- one, Monté (Morris) one-on-one and then they’ve got to make great plays and they did that.”

From start to finish, with few lapses in between.

Morris scored a team-high 19 points on 6-for-9 shooting from the field. Niang added 15 points and Nader contributed 14 points as the Cyclones (13-4, 2-3) stopped a two-game losing skid and triumphed at Bramlage for the first time since 2012.

“Defense, man,” Morris stressed. “I wanted to win. I wanted to get that winning taste back in our mouth and I think we did. We can laugh and smile now on the plane. Wa ain’t going in there (in) dead silence like it’s a funeral, man. I’m just happy for my guys, happy forJordan Ashton, man. That kid just waited for his chance man and he cashed in.”

How about, young Mr. Ashton?

He saw major minutes — his first ever in Big 12 play — in part because fellow backup guard Hallice Cooke was suspended for the game for violating team rules.

Ashton took advantage of the chance, draining the first 3-point attempt of his conference career. He then weaved for a layup, scoring five points in 13 first-half minutes. The former Mount Pleasant star proved to be anything but a liability, helping ISU limit Kansas State to 37.7 percent shooting while employing a mix of 2-3 zone and man defensive pressure.

“It was a good experience,” said Ashton, who added an assist and a rebound in 19 total minutes. “I just wanted to stay ready for the opportunity.”

That he did — as did his teammates, who averted their first three-game slide since the 2013-14 Sweet 16 season.

Kansas State  (11-6, 1-4) fell at home for just the second time this season — and the only time in regulation. The Wildcats dropped their Big 12 season opener to West Virginia in double overtime.

“They outcompeted us,” K-State coach Bruce Weber said. “You thought it would have been a little better.”

Instead, ISU got well at the Wildcats’ expense.

The Cyclones did let another double-digit lead slip to seven with 4:55 left, but Morris responded with a 3-pointer to fully seal the bounce-back win.

"I think we stayed together," said Morris, whose team faces soon-to-be No. 1 Oklahoma on Big Monday at Hilton Coliseum. "When they made runs, we always huddled up and we kept our composure. When we’re like this, like a fist, I don’t think anybody can beat us and when we focus I feel like we play well and we responded well to adversity. We know how to win and we got a win on the road. We’ve got a tough Oklahoma team coming in so we’ll soak this one up and get better. Now that we’re together, I feel like we’re on a roll a little bit."

So does Prohm, who said he’s going to "be himself" (as in exercising more control) the rest of the way — whether he’s wearing a tie or not.

Breathing room sounds pretty darn good. ISU established it with a dominant 24-3 run in the first half and it never got overly tight throughout, thanks to good timing and heightened resolve.

"This is huge for us," Niang said. "We definitely needed this win and to come out on top and really perform like we did and show composure and really stick together — that was huge. I had a horrible game, but my teammates picked me up and that’s what they’re here for and I couldn’t be more proud of them." 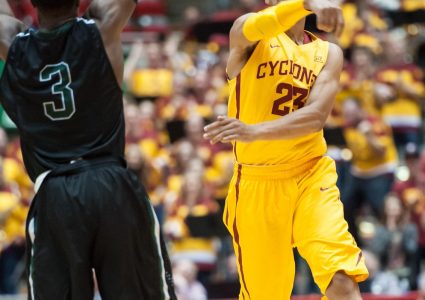 NOTEBOOK: Jordan Ashton makes most of his chance