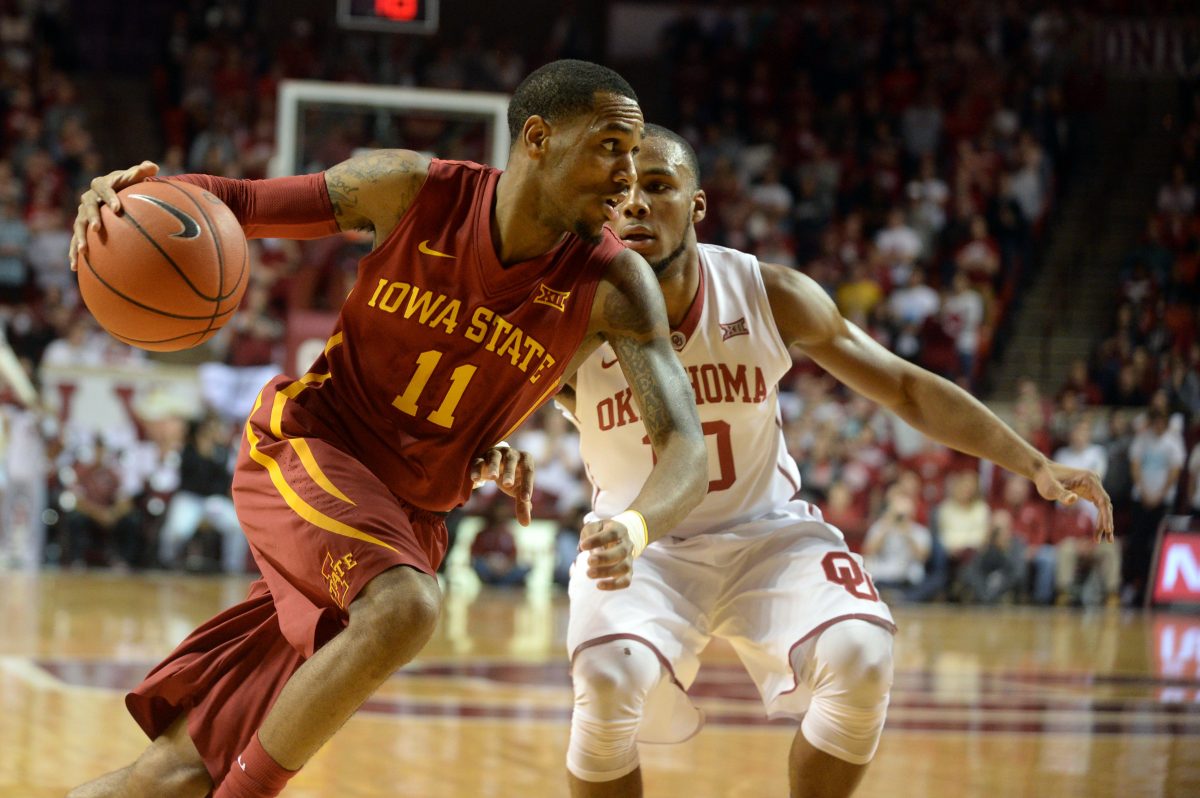 Down two points at Oklahoma a mere two weeks ago, ISU’s star point guard squared up a 3-pointer with 5.8 seconds left that could have given the Cyclones a one-point lead.

Looked good. Felt right. Sailed long, clanging off the rim. Sooners ball — and their game, in an 87-83 Big 12 season-opening thriller that left Morris shaking his head.

“We weren’t focused and we were that close to winning,” said Morris, who gets shot No. 2 at Oklahoma when the soon-to-be No. 1 Sooners roll into Hilton Coliseum for an 8 p.m. Big Monday game on ESPN. “I missed a shot. An open shot that I feel like — I think Hilton will show me a little more love if that chance presents itself again.”

Morris smiled as he said that.

And before you say, ‘Well, the Wildcats are 1-4 in the league,’ consider this: K-State lost at Bramlage Coliseum by double digits for just the first time since 2009. Oh, and ISU had lost three straight in Manhattan, including last February’s deflating 70-69 setback that fully snuffed out the Cyclones’ regular season title hopes. So it was a "huge win" as ISU All-American Georges Niang noted in its immediate aftermath.

“Coach was asking us how we were going to act when our back is up against the wall and we responded,” Niang added.

Now it’s on to the next. Another “Big” one set to unfold before a sellout crowd of 14,384. The Cyclones showed Oklahoma a new wrinkle, too: occasional (and effective) 2-3 zone defense.

“Everybody talks about coaching and everything, you get beat up when you lose games,” said ISU coach Steve Prohm, whose team halted a two-game skid at K-State. “Bad coaching is when you’re stubborn and you refuse to change and you refuse to do things differently. So the last two days we broke our zone down, worked on our zone a whole lot. That doesn’t mean we’re going to give Oklahoma a whole dose of zone, but in the games that we play teams we feel we can zone, it gives us a lot more confidence to stay in it and to transition back in to it. I thought our guys did a good job. We just have to rebound.”

The same recipe for success Prohm’s tried to blend throughout his first season as Fred Hoiberg’s successor forms the basis of the game plan for the Sooners (15-1, 4-1).

That’s efficient, potent but patient offense. Consistent defense that’s a work in progress. Strong rebounding on both ends of the floor.

ISU combined those necessary game elements very well at Norman, but not well enough to avert a setback despite leading by as many as 11 points. Buddy Hield-led Oklahoma shot just 36.6 percent from the field in the first half of that game, but nailed 50 percent of its shots in the second.

How to rewrite the script?

Hilton, as Morris mentioned, could help turn the result from two weeks ago squarely on its head. Last season, the Cyclones overcame a 21-point second-half deficit against the Sooners at home to match their largest comeback in school history. What drama will reveal itself this time around? Stay tuned.