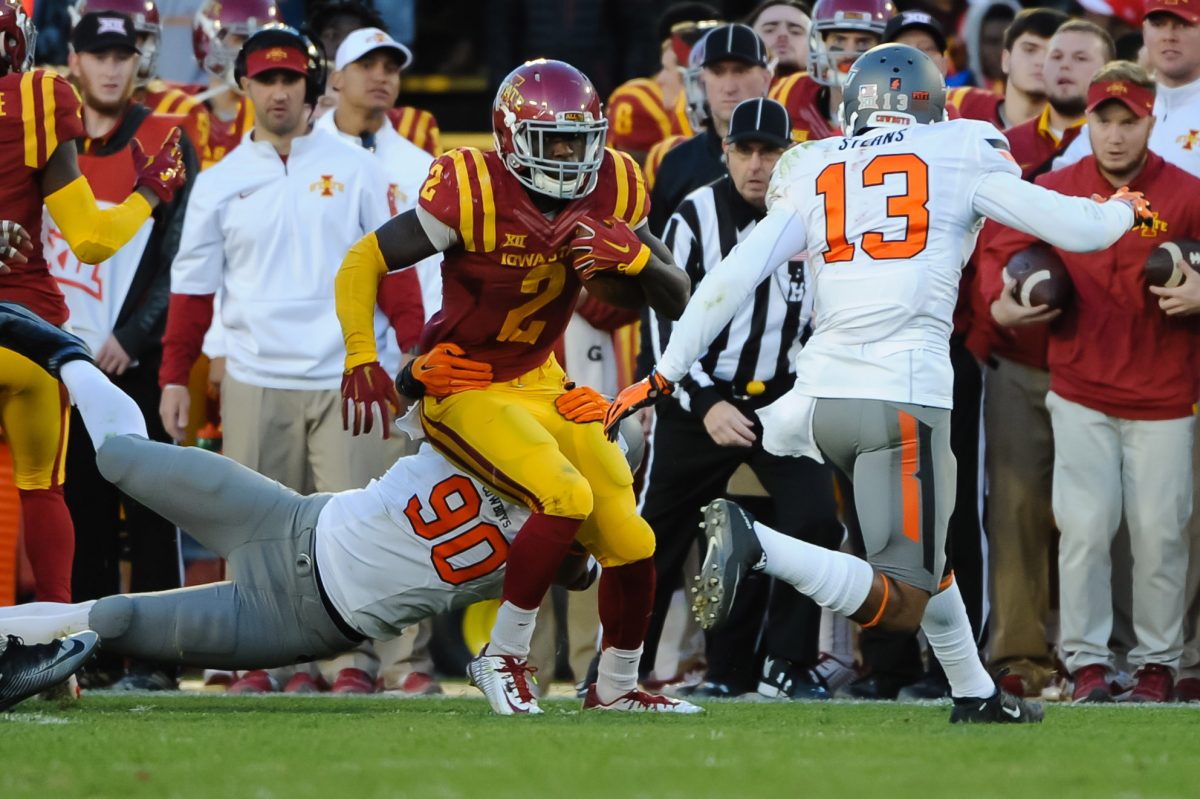 Thursday afternoon, USA TODAY revealed that the star ISU redshirt freshman running back had earned a spot on its Freshman All-American team.

Warren — who yesterday was named the Big 12’s Offensive Freshman Player of the Year — said the awards help keep him grinding for even more success.

"I think I showed a lot of people what could be possible in the next couple years,” said Warren, who leads all freshman this season in rushing with 1,339 yards.

AMES, Iowa – Iowa State running back Mike Warren, who led all FBS freshmen in rushing with 1,339 yards in 2015, was named to the USA TODAY Sports Freshman All-America team.

Iowa State’s improved running attack was the result of Warren’s outstanding play in 2015. Warren saw limited action in the first two games, but burst onto the national scene in week three when he rushed for 126 yards in his first career start against Toledo.

Warren racked up six 100-yard efforts in the final 10 games of the year, tying for the eighth-most 100-yard games in a season in ISU history.

Warren set the school’s freshman single-game rushing mark with 245 yards at Texas Tech, the second-best total by a FBS rookie this year and the eighth-best single-game performance in Cyclone history.

His 1,339 yards on the season ranks fifth all-time in the Iowa State record book and is the third-best tally by a Big 12 rookie in league history.

Warren, who was added to the Doak Walker Award watch list in midseason, also broke ISU’s school record for yards per carry at 5.90.

Warren was named Big 12 Offensive Freshman of the Year yesterday.