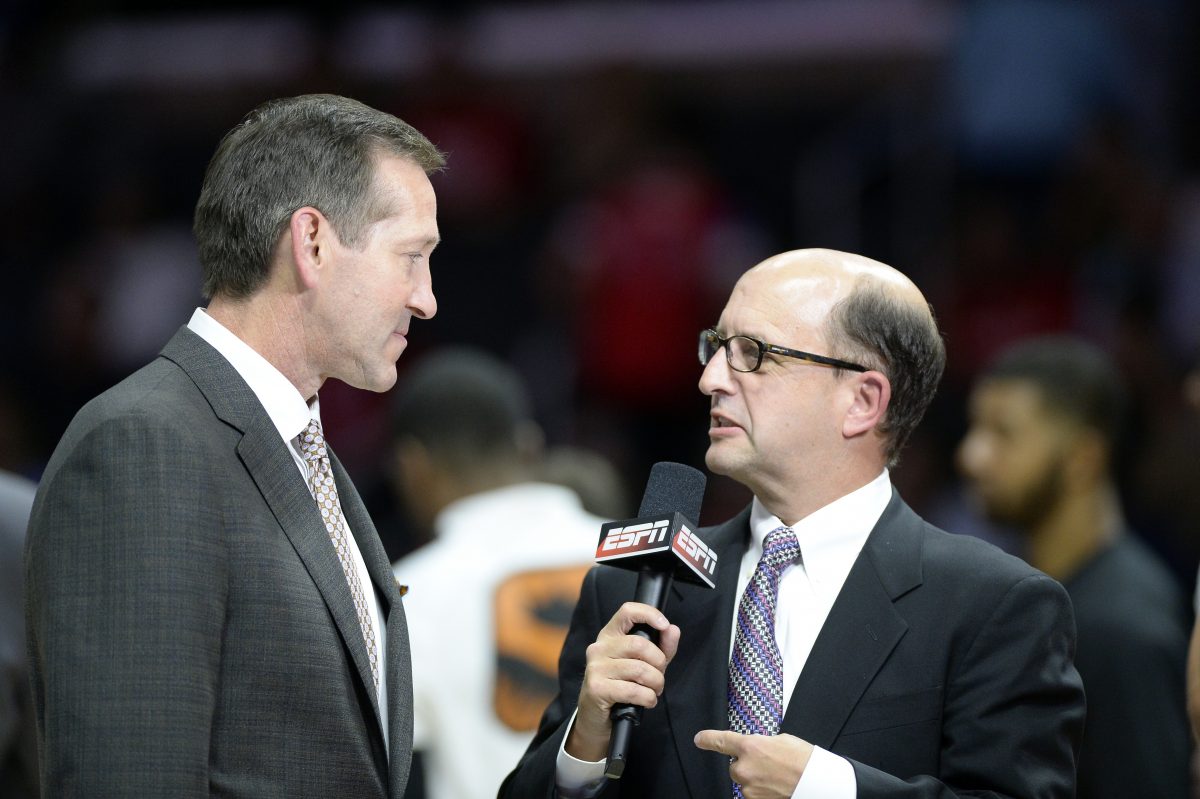 Former NBA coach and current ESPN analyst Jeff Van Gundy was in Ames and planned to speak with the No. 4 Cyclones.

“It’s crazy with the game of basketball, you know you can get in touch with a bunch of different people and that’s definitely a guy I want to pick his brain,” said Niang, who remains simply sore after sustaining a right hip contusion in Tuesday’s 84-64 win over North Dakota State. “Certainly (want to) hear some of his experiences from his life because he’s been through a lot.”

So has Niang. Remember “Nianging?” The fan-fueled Band-Aid based craze that caught fire after the All-American forward took a blow to the head against Kansas in the 2014 Big 12 Tournament?

The blood that streamed down the 6-8 big man’s face didn’t come with the potential season-long fright factor Tuesday’s knee-to-knee collision did.

“I’m not too worried about my face even though it is my money maker,” joked Niang, who also missed the last two games of the Cyclones’ 2014 Sweet 16 run with a broken foot.

But he’s fine now. Ready to prepare for Monday’s 8 p.m. game against Buffalo. Ready to listen to Van Gundy, whose appearance in front of the team was set up by an e-mail received by ISU recently.

“T.J. (Otzelberger) forwarded it to me,” ISU coach Steve Prohm said of Van Gundy’s impromptu visit. “He goes around and talks to different teams and he was free this day, so we got this done in like 48 hours, so it worked out perfect for us.”

Van Gundy went 430-318 in 11 seasons as head coach of the New York Knicks and the Houston Rockets. The hallmarks of his teams?

“Gritty, tough, defend, max out,” Prohm said. “He took an eight seed one year, kind of a banged-up Knicks team to the Finals the first year the Spurs won it during the lockout year (1998-99). A protege of Pat Riley and then a great family tree of coaches with Stan (Van Gundy), whose doing a great job with Detroit right now.”

Niang said the attributes his coach outlined above are on the current Cyclones’ to-improve list.

There’s plenty of flash on offense, as usual, as ISU ranks 15th nationally in adjusted offense and 25th in adjusted tempo, per KenPom.com.

But it’s on the defensive end — read gritty, tough — that’s seen the most marked improvement. KenPom slots the Cyclones 21st in the country in adjusted defense. They finished 71st in the same category last season.

“I think coach Prohm has instilled that belief in us that we can have an identity as team that plays defense,” said Niang, who’s is averaging 16.5 points and shooting 51 percent from the field. “I think every day you get a little bit of success with that you start working harder and harder at it and that that can be somewhat of our identity. We can score, but we can also stop you on the other end.”

The Cyclones will keep it light in terms of physical practice the next couple days, but Van Gundy should provide some grist for mental growth later today.

Niang, at least, will be paying close attention.

“All that stuff is cool and for him to actually be here and speak with us, I think that’s an honor for all of us to be able to listen to him,” Niang said.