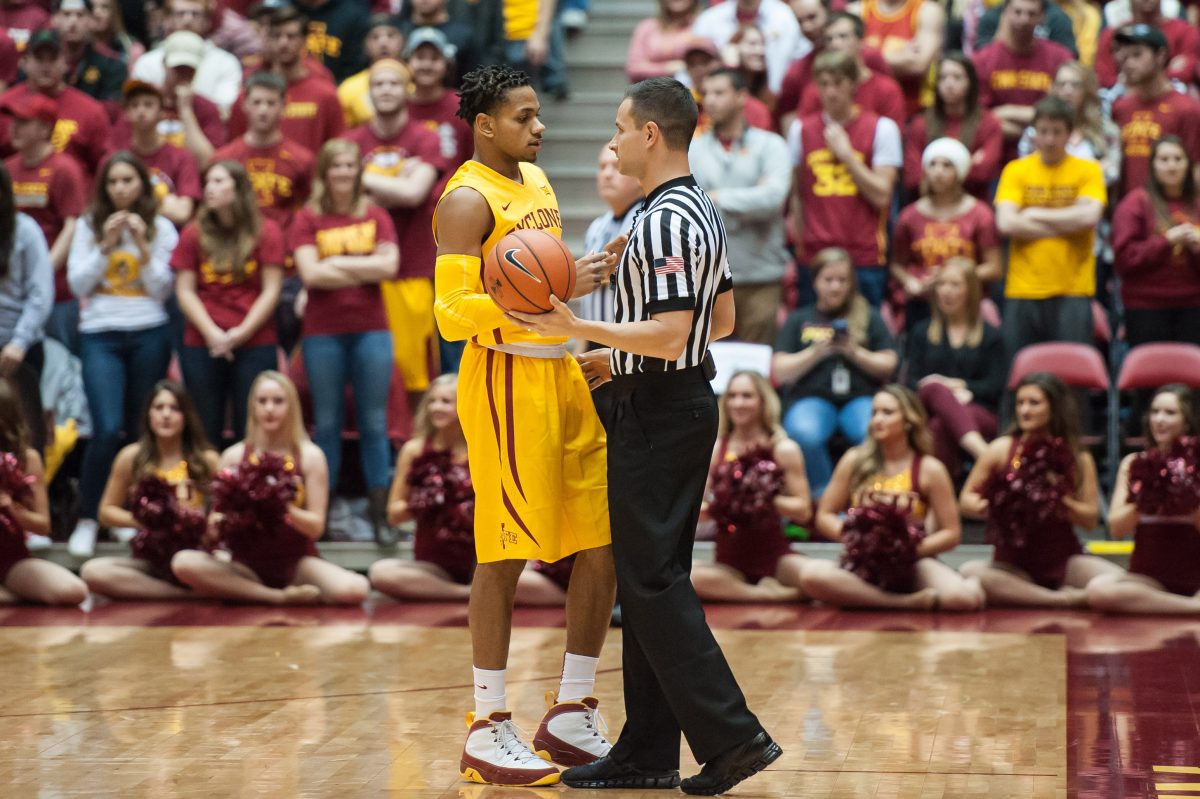 That’s natural, given what the Oregon State transfer’s gone through.

But here’s the best part: That word no longer coincides with “pain,” nor health concerns.

Cooke, who underwent extensive offseason hip surgeries, has become a crucial part of the No. 5 Cyclones’ rotation because, in large part, of the intense and explosive torque he produces to defend and run the floor to an open 3-spot.

“Just to be out there playing again, just knowing the journey it was and knowing how long it took to get back playing on the court, to get out there and finally step foot was very humbling,” said Cooke, who hopes to make his mark again in Monday’s 8 p.m. (ESPNU) game against Buffalo at Hilton Coliseum. “I’m just excited.”

Before the season started, new ISU coach Steve Prohm stressed the amount of confidence he had in his top six returners.

Understandable. Those were the only guys to have played seconds, let alone important minutes for the now 6-0 Cyclones.

But Prohm quickly observed and approved Cooke’s relentless work ethic. On a team that thrives on being in the gym as often as possible, he began to stand out. So once healthy, Cooke quickly made that core six a solid seven — a crucial depth charge as the season trends from Buffalo toward Oklahoma and Kansas.

“I think his energy off the bench has been terrific,” Prohm said. “He’s doing a great job. I know he’s about 15 minutes, he might play 20-22 one night. You just don’t know how the game’s going to go, but he’s been terrific. He’s making shots but his presence defensively has been really, really good for us the way we want to guard.”

He can shoot it — as he showed at Oregon State, when he hit 45.6 percent of his hoists from distance as a freshman two seasons ago.

But Cooke had played through pain for a long time. The transfer year off served as a blessing in disguise. He was told eventually that playing through the winces, rather than seeking help, may have ended his career. So surgery followed and he buckled down, following doctors’ orders while honing his now-complete game.

“I talk to him a lot,” two-time defending NCAA assist-to-turnover champ Monté Morris said of Cooke. “Me and him have a great relationship off the court. When he tells me he’s back, I think he’s back. He’s been playing great defensively and making a few shots. But there’s going to be a lot more soon.”

Treatments, which led to a later unplanned rendezvous with senior teammate Naz Mitrou-Long, aided Cooke’s recovery. Tens of thousands of shots put up in a crowded Sukup Practice Facility fueled his re-emergence. The treatments continue for both Cooke and Mitrou-Long, however, as does the growth on both ends of the floor.

“He gets into his guys,” Mitrou-Long said. “He’s a great defender and everybody sees that. In the time that he gets in there he always has an impact defensively, so it’s great to see him doing that. It gives me a lot of hope down the line.”

Still, his presence on the defensive end — as well as his ability to fill it up as needed — has helped solve ISU’s formerly six-deep rotation riddle. And if you think you’ve seen the best of Cooke, think again.

“When I got here he probably wasn’t moving very good, but him and Naz are in there all the time getting treatment and getting their hips rotated and legs worked on because of their situation, but Hallice defensively, I think we scored off his steals, I think he had three steals the other night and he stat’d in all the great areas the other night,” Prohm said. “Assists, steals — he made some really good plays and his defense led to offense.”

It’s all part of Cooke’s M.O., now that he’s fully healthy. Coming off the bench doesn’t bother him one bit.

“It’s just a mental thing,” Cooke said. “Staying in it when you’re on the bench for a while; just staying in tune and involved in the game and cheering on your teammates or telling them something you see on the bench — telling Monté or Naz what I see. Just, when I get out there, make the most of my time and play with energy.”

“He’s got a big game coming up,” Morris said.

Spark: Hallice Cooke hopes to be that guy