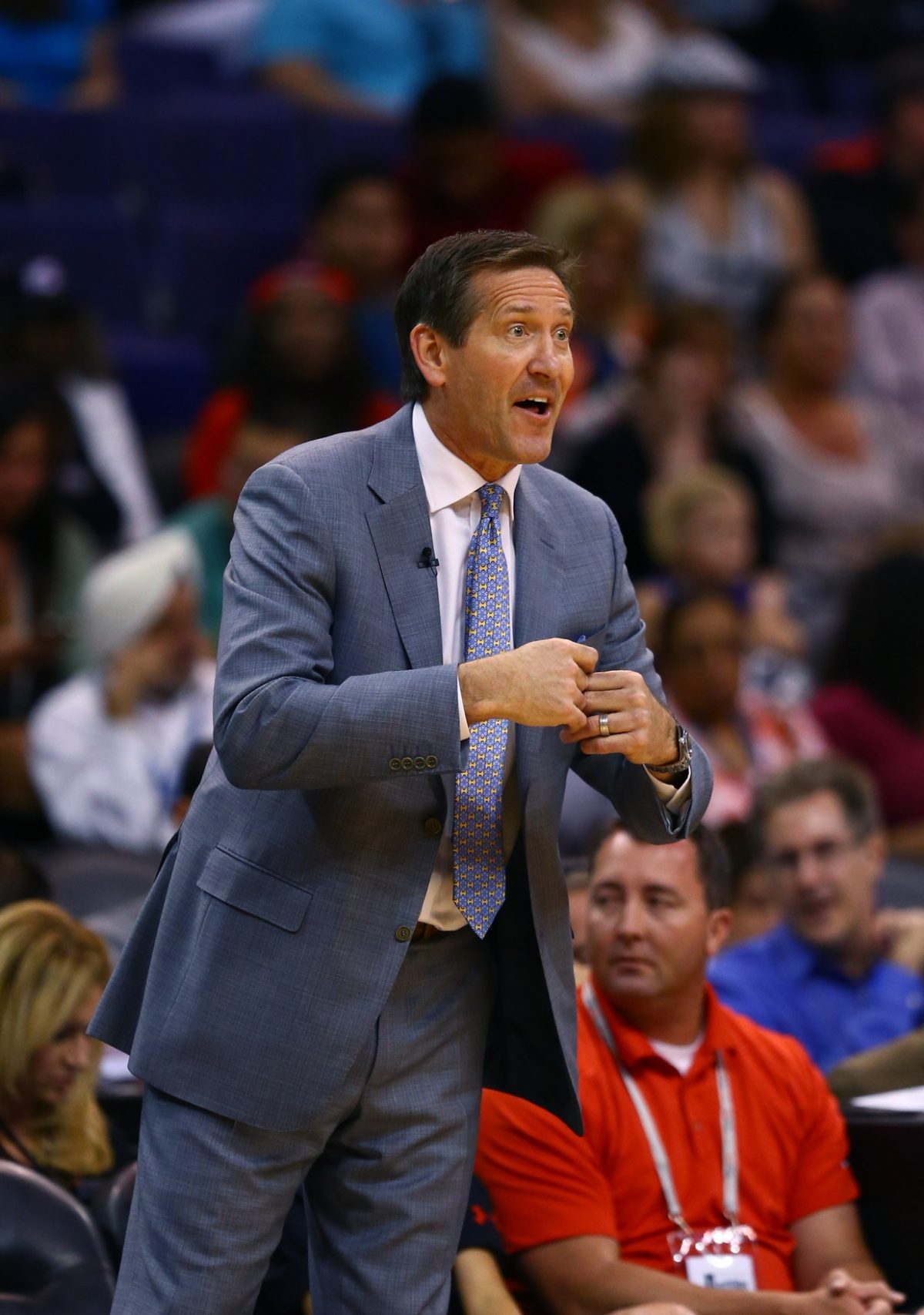 Jeff Hornacek‘s not one to evade questions.

That’s apparent, as evidenced by recent interviews aired on Phoenix’s 98.7 FM and what was detailed briefly on the Arizona Republic’s web site, AZCentral.com.

When asked about a potential job opening at Iowa State (where Hornacek starred from 1983-86), which is believed to soon exist because another former Cyclone star, Fred Hoiberg, may be destined to be the next Chicago Bulls head coach, Hornacek didn’t duck and weave.

"It would be an honor, and it’d be fun, to coach your alma mater, but (Suns general manager) Ryan (McDonough) and I came here with a purpose and the purpose is to get the Phoenix Suns back on track," Hornacek told AZCentral.com on Friday at US Airways Center, where the Suns are holding pre-draft workouts. "We had a good start the first year and some bumps last year but we’re committed to being here and get this thing going."

The La Grange, Ill. native also spoke candidly a day earlier on Phoenix sports radio after being asked about possibly being a candidate to succeed Hoiberg in Ames.

“I can’t comment on that,” Hornacek said Thursday on Burns & Gambo, a sports talk radio show broadcast on 98.7 FM in Phoenix. “I’m the coach of the Suns. It’s an interesting coaching carousel that goes on in the league and even down to the college level."

But was there more to say — specifically with respect to his alma mater?

“If those things ever come about, and the timing was right, stuff like that, yes, but as far as I know I’m the coach of the Suns,” Hornacek reiterated on Burns & Gambo.

Again, proceed with caution on any reports from any media outlet. None if it’s the be-all, end-all until news is finalized. Hornacek may merely be a straight shooter. Period. He was asked questions, and he responded. He may also be angling for more security in Phoenix, where he unexpectedly guided the Suns to the playoffs in 2014, but led them to a 39-43 record this season as a follow-up.

So, as usual, stay tuned.