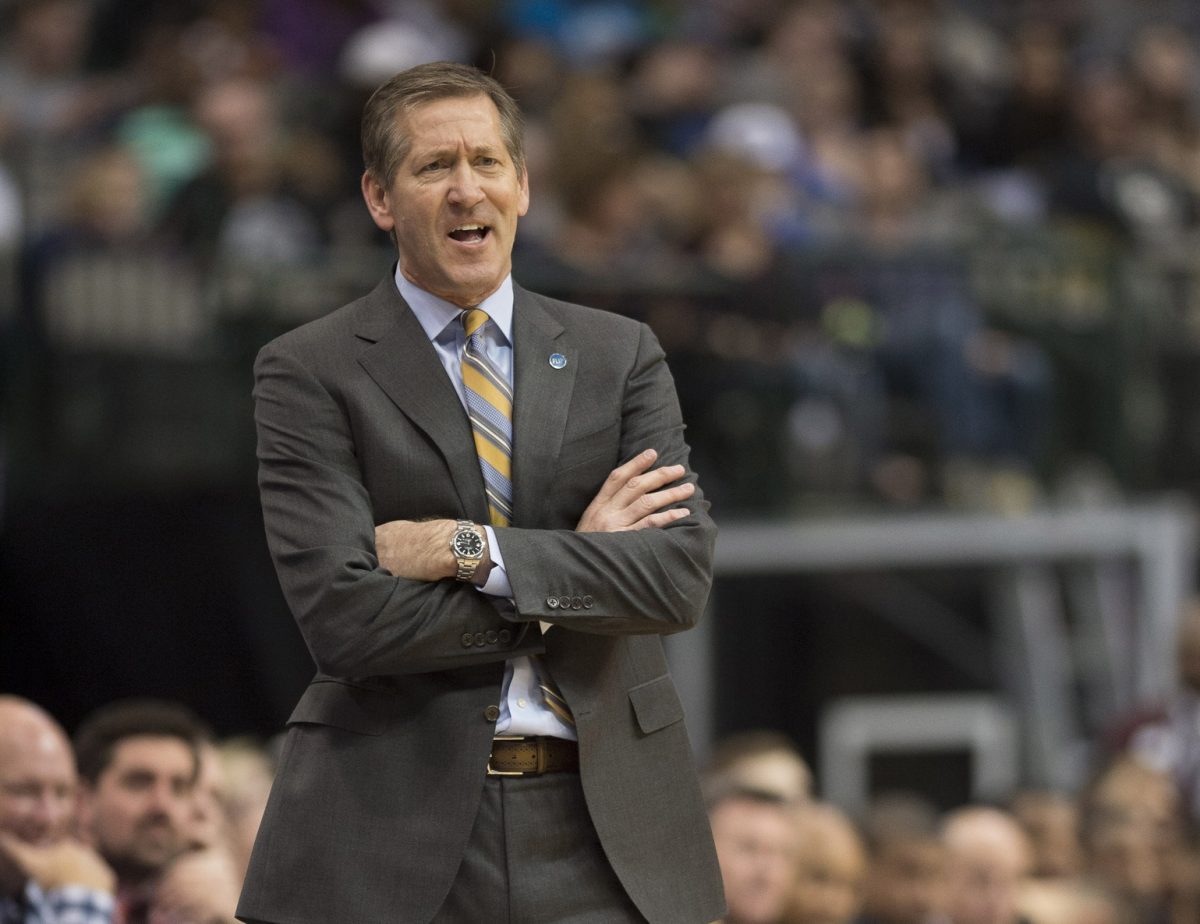 It has been three-plus months since Iowa State alum Jeff Hornacek was fired as the head coach of the Phoenix Suns. Recently though, there have been rumors of him becoming a head coach elsewhere in the league and even an associate head coach for one of the NBA’s top teams.

Hornacek has made it known that he wants to continue being a head coach in the NBA as his name has popped up for most of, if not all the open head coaching positions in the association.

The former Iowa State guard has been linked to the Houston Rockets, the Sacramento Kings (which went to former Memphis Grizzlies head coach Dave Joerger) and recently, the newly opened Orlando Magic position.

But the latest position Hornacek has been rumored with is the famous New York Knicks job.

However, several hours after news broke that Hornacek met with New York, reports started to swirl that the Golden State Warriors were hiring him to replace new Los Angeles Laker head coach Luke Walton as the head assistant in the Bay Area.

The assistant job with Golden State might be the best fit for Hornacek.

The 53-year-old totaled a 101-112 record as an NBA head coach during his tenure with the Suns. So he still has some learning to do, and the job with the Warriors would give him more experience. Plus, this Golden State opening is a terrific job opportunity and it might just be the best assistant job in the association. Also, Hornacek and Golden State head coach Steve Kerr are very close, as they both played in Phoenix together back in 1988. Kerr has come out and stated that he has molded his coaching style by observing Hornacek.

But no matter what, expect to see Hornacek roaming the sidelines of the NBA in either a head coaching or an assistant coaching position next season.