Fred Hoiberg‘s Cyclones are headed to the Emerald City (a.k.a Cincinnati).

CBSSports.com’s Jon Rothstein reported Friday morning that ISU and the Bearcats have agreed to a home-and-home series, which kicks off with a Dec. 22, 2015 matchup at CIncinnati.

The Cyclones will then play host to the Bearcats, who reached the round of 32 in March’s NCAA Tournament, on Dec. 1, 2016, according to the report.

The takeaway: Obviously ISU continues to beef up its non-conference schedule, with 2015-16 looking to be potentially the most stern yet faced by Hoiberg’s team.

Among the pre-conference season opponents: Colorado (to open the season in Sioux Falls, S.D.), Iowa and Northern Iowa. The Cyclones will also take part in the post-Thanksgiving Emerald Coast Classic, with an opening matchup with the ACC’s Virginia Tech on tap and a possible revenge-tinged collision with UAB (or, Illinois, minus the revenge) in the next game.

These multiple challenges should serve the (way early) preseason top-5 Cyclones well and also bolster their RPI, among other things, of course.

So this is great news. The better the foe, the better the payoff in terms of national attention/respect, and the higher the internal and external expectations (again). 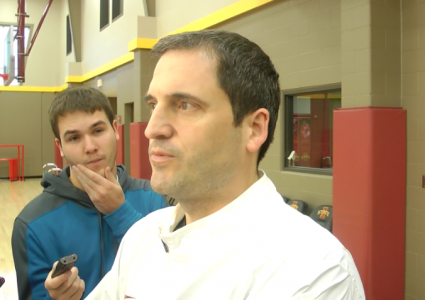