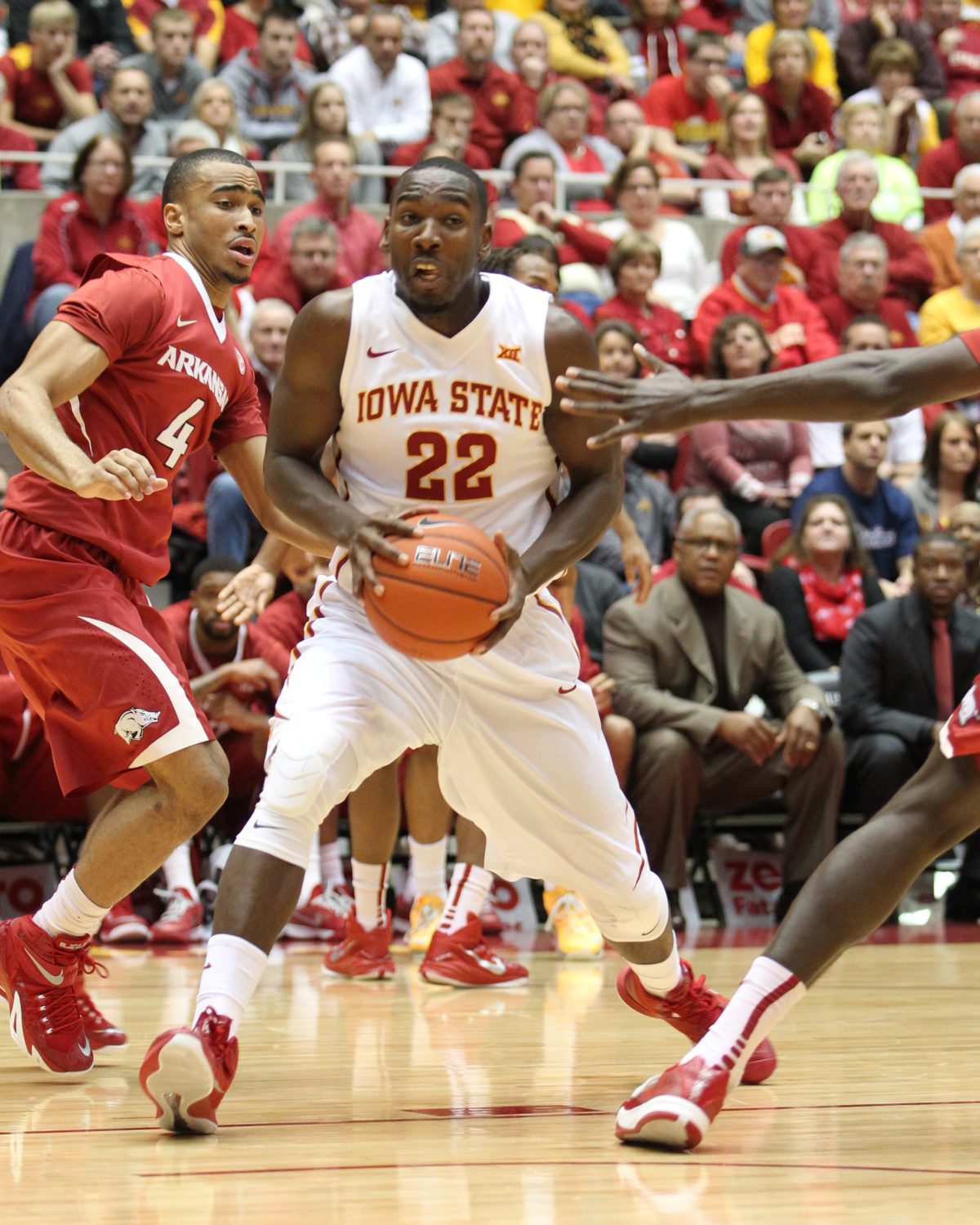 Where have all the rebounds gone for Dustin Hogue?

It’s a common question just six games into the season as the second leading rebounder from the Big 12 last season has only averaged 2.7 boards per game this season when last year he pulled down 8.4 per game. Digging into the advanced rebounding percentages Hogue has dipped to 5.9% from 9.4% on offensive rebounds and 5.4% from 20.4% on the defensive glass. That’s a lot.

First things first, I’m not especially concerned about it because rebounding is a team effort and the Cyclones are 64th currently in defensive rebounding percentage with grabbing 72.4 percent of available rebounds (very similar to the end of last season). If the Cyclones were struggling as a team on the glass, we could point to Hogue’s numbers more intently but when the team is rebounding well it isn’t much of an issue.

There are some valid reasons that have been lobbed out as to why this is happening though. The one I latch onto the tightest is that he is the second “big” on the court at most times right now whereas last year he often played with Ejim and Georges Niang. When you’re a big guy battling for rebounds it can be pretty difficult to not only keep your guy from getting to the glass but also getting the ball yourself. That’s why the first goal is to seal off your man and if you get the ball or a guard on your team gets the ball then it doesn’t really matter. Hogue is having fewer chances to fly around recklessly to corral rebounds.

Assuming that Jameel McKay will be on the court an awful lot then Hogue would be more in a role that he filled last year when it came to rebounding. I’d suspect his numbers would go up then even if there are other things going on, which I don’t really think is the case. The effort is clearly there from what I can tell.

I probably shouldn’t even give the claims the credence by bothering to address them but I will because they are so outrageous. Claims of Bryce Dejean-Jones being a “ball hog” (by the way, I’m equally outraged that humans over the age of eight use that term) are silly and there are a bunch of reasons why.

First off, he’s averaging 3.5 assists per game which is third on the team and just behind Niang at 3.8 assists per game. There are some point guards around the country that are right around that spot with assists per game. When tempo and shot volumes are factored in, he assists on 19.8 percent of the field goals made by the rest of the team when he’s on the court which is a pretty good number.

Dejean-Jones averages 2.2 turnovers per game that could stand to be improved but Niang turns it over at a clip of 2.5 per game. All in all those aren’t terrible numbers for how much those guys are asked to do and how much they’re on the court. He has a turnover rate of 16.3 percent, which is again just okay, but not far out of line with the rest of the team.

But most importantly he can’t be too selfish of a player when he’s shooting 59.5 percent from the floor including 40 percent from the 3-point line (thanks to the 4-for-4 performance against Arkansas). One would assume if he were a selfish player he’d be making far fewer of his shots. With shooting numbers like that, I hope he continues to be “selfish”.

I have a feeling that most of the frustration with him comes down to perceived attitude or body language while playing not being exactly how they think it should be. He committed the boneheaded intentional foul against Maryland but by and large his effort has been good and his basketball talent is very apparent. One thing fans have to remember is that heated interaction between players on the court is far from an accurate depiction of the team chemistry or relationships among the players as a whole.

Abdel Nader looks to slowly be getting closer and closer into his comfort zone as he continues to blend in with the rest of the team. In his first outing he looked like a tall wrestler trying to play basketball as he shook off the rust and acquainted himself with where he should position himself on defense and how he should attack on offense.

But, it’s gotten better by miles. He’s fitting in more fluidly on the offensive end as he tries to find his rhythm. He even took advantage of a couple of situations recently to beat his man off the dribble and show his ability in that regard. But I have two offensive complaints about him that I think will get corrected as time goes on.

I’m sure he’s capable of making 3-point shots and I’m not especially concerned that he’s 0-for-7 so far this year but he needs to be aggressive and attack the rim. Right now he has 15 total field goal attempts so those seven 3-point attempts are almost half of his shot attempts. That is far too many at any point of the season for him. He’s ran the pick-and-pop action plenty for open looks but he could just as easily attack the rim as settle for the jumper.

Secondly, and it’s pretty related to the first point, I’d like to see him post up far more often. He has one post possession that I recall and it came against Arkansas and he put a nice move on the defender ending with a reversed drop step and layup. Let’s see more of that stuff.

This isn’t up my normal alley because it doesn’t account for tempo and it is the standard per game averages, plus it is through six games instead of 36, but look at the difference in stat line for Naz Long with his averages and his overall impact on the game: