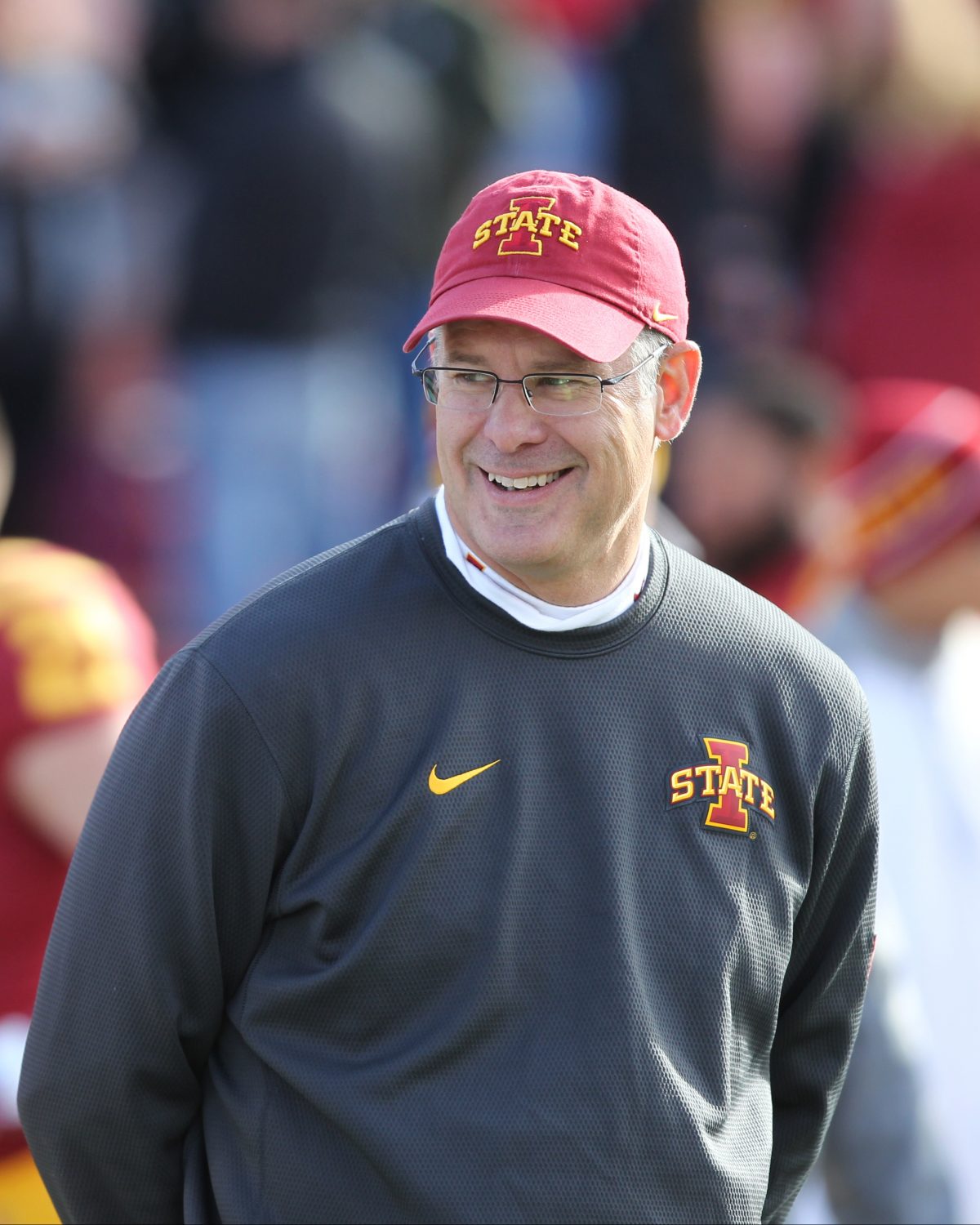 If this was 2006, Jamie Pollard would probably be on his way to firing Paul Rhoads. Dan McCarney won 34 games in his last six years at Iowa State, Paul Rhoads has won 29 in his six years with the Cyclones. However,  this is 2014. Paul Rhoads will be the head coach at Iowa State next season and that is absolutely the right decision.

Winning five games in two years is never acceptable, but right now it is reality. Iowa State has been swept up into a confluence of self-inflicted wounds, opposition-inflicted wounds and a terrible track record of closing out  Big 12 games.

Rhoads is not innocent in this two year stretch of underwhelming performance. Iowa State is a program that has to capitalize on the peaks and try to keep the valleys from becoming a disaster. They have done neither.

The biggest mistake Rhoads has made in his six years came back in January 2012 when he opted for continuity within his coaching staff,  promoting Courtney Messingham to offensive coordinator to replace Tom Herman. Messingham is a great man and was well liked by everybody within the program, but it didn’t work as planned. The reasoning at the time was with a senior-laden roster in 2012, keeping the system in place was more important than a staff shakeup.

2012 was supposed to be the peak, program-changing year. The Cyclones finally had a Big 12 quality defensive line, Jake Knott , A.J. Klein and a capable secondary. The schedule set up favorably and Iowa State started 3-0. The Cyclones had a chance to move to 4-0 for just the second time in 32 years. The offense sputtered to an abysmal 189 yards in a 24-13 loss to mediocre Texas Tech. Time and again, the defense played out of their minds; finishing 3rd in the Big 12 in scoring defense allowing less than 24 points per game. But the fire-drill at quarterback and lackluster execution prevented Iowa State from ascending the mountain. Iowa State turned a potential nine win season into six. The peak year was gone.

Enter the valley. Because of some recruiting misses in his first two years, Rhoads knew full well entering 2013 that his Cyclones would have to fight like hell to stay above water. The defensive line was a mess, the linebackers were gone and the offense had very few playmakers. They had to win the nitty-gritty games and avoid disasters. They didn’t. The embarrassing loss to Northern Iowa coupled with the groin-shot against Texas setup the Baylor fiasco. The Chris Klenakis pistol experiment went up in flames and MCL injures. 3-9 followed.

Rhoads acted on the error of the Messingham promotion and reset his offensive staff for 2014. But the Cyclones couldn’t stay out of their own way in the off-season and can’t stop anybody in-season. The already tenuous defensive tackle position exploded with the dismissals of Rodney Coe and David Irving. It opened up a chasm for every offense to run through. Throw in a season ending injury to Iowa State’s best tackler in Jevohn Miller and that chasm has become the Grand Canyon. Iowa State is allowing 5.7 yards per carry, good for dead last among Power 5 conference schools. There is just no getting around that. Iowa State is on its way to a 2-10 campaign because of it.

Not to mention, the Cyclones have not closed out games whatsoever. In the last two years, Iowa State has led or been tied in the second half in seven of their 15 Big 12 losses. They have not been able to win the 50-50 games.

Because of these things, the valley years turned out way worse than anyone could have expected.

So why stick with Rhoads?

At Iowa State, there is no such thing as a quick fix. Rhoads deserves the chance for one more climb. He addressed the offensive problems with the Mark Mangino hire and although the offensive hasn’t been as productive as hoped, there are signs of growth. Iowa State is averaging 400 yards of offense in Big 12 play, their best output in the Rhoads era and just the 2nd time in the last 15 years they are near the 400 yard mark. Another year of familiarity with Mangino, Sam Richardson and a solid collection of skill guys should see another bump in production.

The defense has major problems.

Who knows what changes will be made in the off-season, but we can reasonably assume there will be some. For one, the Cyclones are trying to compile any semblance of JUCO defensive talent they can find and are in on some solid prospects. Not to mention they will add a few JUCOS who were injured/not ready in defensive linemen Terry Ayeni and Gabe Luna and linebacker Jordan Harris. On the current defensive depth chart, Iowa State has 13 freshman or sophomores in the two deeps. That is an exorbitant amount. Some of those dudes have no business being on the field, but they are painfully aware of what it takes to compete in the Big 12.

It comes down to this question: Should Rhoads get the chance to ride another year back out of the valley and up the mountain? Switching a coaching staff at the bottom of a cycle may appease the fan-base in the short-term, but is it the best move over the long haul?

I am always of the belief that change for the sake of change is not helpful.

I have heard it tossed around that Iowa State just needs to find their Bill Snyder.  If K-State can win, then Iowa State can too.

Well, after Snyder had two consecutive bowl-less seasons in 2004 and 2005, he departed so the program could get a fresh start. K-State hired a hot-shot coordinator named Ron Prince. Prince needed time to get acclimated and they missed bowl games in two of the next three years in the putrid Big 12 North. Prince was fired, K-State was back where they started and out millions of dollars. They turned back to consistency in Snyder and have re-climbed to the peak.

This is a different Pollard and different Iowa State than in 2006. When the coaching change was made from McCarney to Chizik, Iowa State was trying to establish a new culture throughout the entire athletic department. Pollard needed to make a splash.

In 2014, Iowa State is past the theatrics. Five wins in two years is not okay and Iowa State fans should absolutely expect more. But in my mind, blowing up the foundation and starting over isn’t the best path to success.

If Pollard believes Rhoads can win at Iowa State and get out of the valley, patience needs to rule the day. It is not the flashy move, but it is the right one. These two years have not been enjoyable for anyone involved. It is time to put the hard hat on, get out the shovel and dig out of the valley. Better times are ahead. 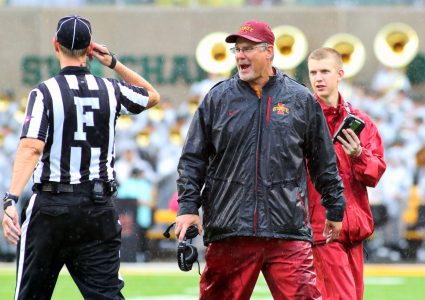