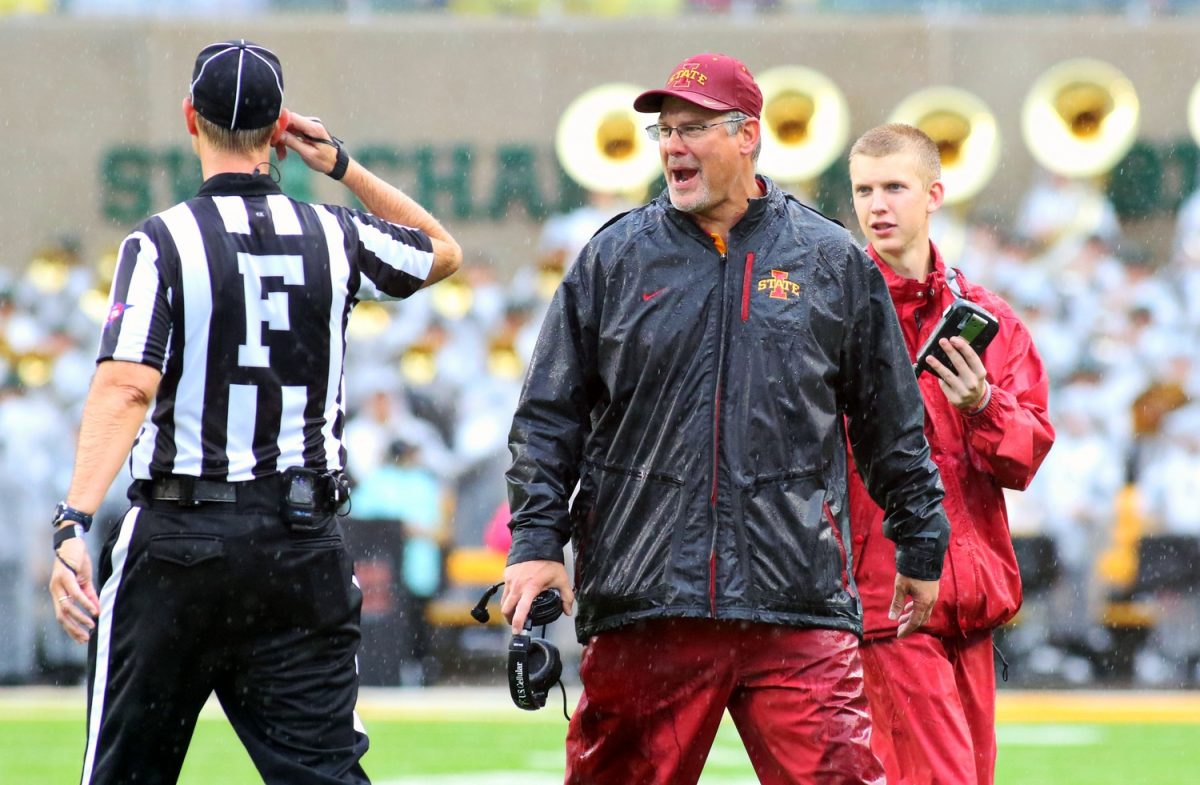 We may never know what led to Mark Mangino’s abrupt departure from Iowa State earlier today, but it seems clear this wasn’t a rash, heat-of-the-moment decision. It was evident in Paul Rhoads’ press conference earlier today that he and Mangino weren’t “on the same page” and a change was necessary. It marks the end of a tenure that began as a hope to answer the questions that have plagued Iowa State’s offense over the last five years.

Mangino was hired in January, 2014 to resuscitate an Iowa State offense that was lifeless under previous coordinator Courtney Messingham. Mangino was a well-respected name and had a resume that Messingham didn’t. He had won a National Championship as a coordinator at Oklahoma and was the brains behind the Kansas turnaround to prominence. The numbers his offenses accumulated at Oklahoma and Kansas were startling. He took a Kansas program that recruited a similar type of player to Iowa State and turned them into an offensive juggernaut and a BCS bowl game winner. It made perfect sense. Coming off the 2013 season, the Iowa State program needed a jolt and something to believe in. Rhoads acted swiftly after the season and dismissed Messingham and running backs coach Kenneth Pope the day after the final game of the 2013 season.

The Cyclone program had recently squandered its best chance to win nine games in over a decade during the 2012 season in large part because of the inept offense. Iowa State had the Big 12’s third best defense in 2012 and allowed less than 24 points per game. That defense included future NFL roster members A.J. Klein, Jake Knott, Jeremiah George, Deon Broomfield, Jake McDonough, David Irving and Jansen Watson. The 2012 defense never allowed more than 35 points per game, which is almost unheard of in the current era of Big 12 football.

But because the offense could never get into a rhythm, the Cyclones only won six games in 2012. Rhoads’ breakout year was handcuffed by the lack of offense.

The young defense fell apart in 2013 and the offense did nothing to help the cause. A change at the coordinator position was needed. After the 2013 season, Rhoads knew his offensive coordinator hire could make or break his tenure.

He could have opted to stay in house and promote wide-receiver coach Todd Sturdy, who led solid offenses at Washington State. But he had just hired Messingham in-house in a similar fashion two years previous. He could have looked to a lower level, young assistant to learn on the Big 12 job. But he had tried that initially with Tom Herman in 2009 and that led to mixed results.

Rhoads needed someone with some cache, someone that could get instant respect in the locker room and in the fanbase. So he swung for the fences and got arguably the biggest name Iowa State could conceivably get. Mark Mangino.

Rhoads handed the keys to Mangino and essentially told him to go work his magic. Mangino was given the nod hire several staff members of his choosing and do what he wanted to make the Iowa State offense relevant.

Last year’s offense showed some signs of progress, but still fizzled to 23 points per game, nearly four touchdowns shy of Baylor’s Big 12 leading output. Mangino wanted stability at the quarterback position and had it. Unlike the previous regime, there were no musical chairs at that position as Sam Richardson started every game he was healthy enough to start. But the offense still struggled to find its groove. Through seven games, Iowa State is once again in the back of the pack in the Big 12 with a veteran offensive line, a decent group of receivers, a dynamic running back and a quarterback that has started almost 30 games in his career. Something had to give or there would be no other decisions to make. So with five games left in the 2015 season, Mangino will no longer be on the sideline.

What happened between the Baylor game Saturday and Monday morning? We may never know for sure, but Rhoads isn’t a George Steinbrenner type of decision maker. I’m confident Rhoads wouldn’t come to a heat-of-the-moment, fly-off-the-handle rash decision to fire Mangino. He’s just not the type that would have done this without weeks of thought and he said it himself that they haven’t been on the same page. Perhaps the Richardson/Lanning quarterback quandary was the tipping point, but I doubt that was the one and only straw.

Paul Rhoads knows his job is not guaranteed; he’s not oblivious to the noise. His best hope to be the Iowa State coach in 2016 is to finish this season with a flurry. If he has five games left to rescue this season and potentially his job, he should go to battle with those that he is on the same page with. Plain and simple.

Iowa State needs to make a final push over the next month and there are some winnable games on the schedule. But they can’t do that pulling in separate directions. Rhoads went for the home-run when he hired Mangino and it ultimately didn’t pay off. But the reason Rhoads hired Mangino in the first place is the same reason they parted ways today: there is no time to wait, Rhoads needs to win now. 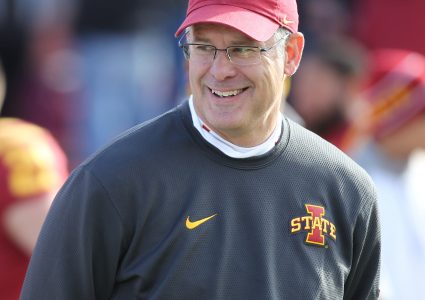