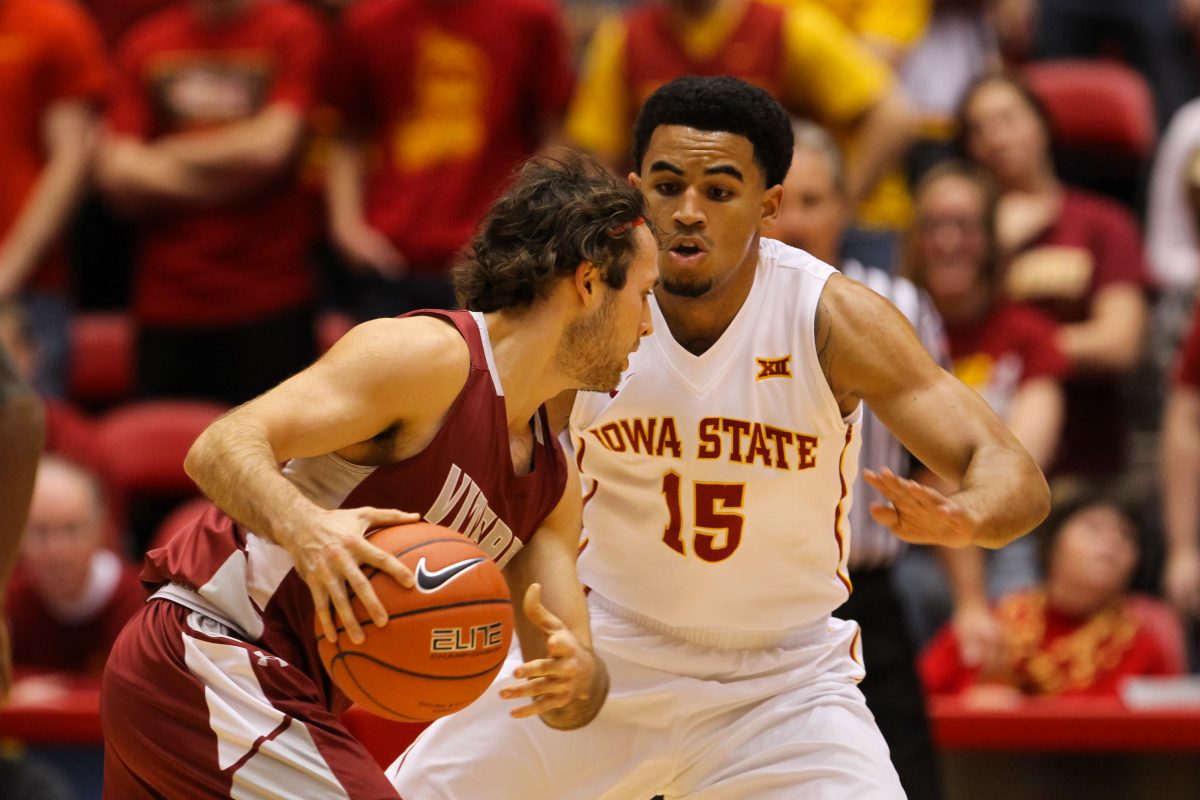 AMES — Five minutes before the tip of Iowa State’s long anticipated exhibition game vs. Viterbo on Friday night, the following thought entered my wee-little sports writer’s brain: “Of the 351 Division I basketball programs that currently exist, how many can only dream of playing in front of an atmosphere like this?”

The Jock Jams were bumping ("Y’all ready for this?). The collective Cyclone Nation (13,963 was the announced attendance) sprang to its feet hooting and hollering. It was a Big 12 type of feel inside one of the top arenas in the game.

It was at that point when I pondered: “How many schools in the country can legitimately claim to have an atmosphere like this for exhibition basketball?”

Not many, if any, is my assumption.

Hours before the Iowa State’s 115-48 victory over a NAIA program out of Wisconsin, animated students lined up outside of Hilton to score the best seats in the house.

When I arrived an hour before the game, traffic entering campus was at a standstill.

“I’ve never seen anything like this for an exhibition,” one soon-to-be prosperous scalper told me.

Ames loves basketball. Iowa State fans are naturally hoops junkies. After all, other than cheer on the Cyclones, what else is there to do in north-central Iowa in the heart of winter?

The anticipation leading up to the 2014-15 season that will begin next Friday at home vs. Oakland (Mich.) is different though. Iowa State has had good basketball teams in the past and the hype has been there, but never in the social media/message board-focused world we currently live in.

“People appreciate what has been happening since Coach Hoiberg got here and the program has taken steps forward,” Naz Long, who scored 17 in the win said. “The fact that there were so many people in Hilton tonight was no surprise. It was just straight love. This is something that a lot of college kids can’t say that they have the chance to play in front of. It’s nice to have that. We have the best fan base in the country.”

When it comes to Iowa State basketball, no man has better credentials than Fred Hoiberg, who has been around this program since the day he was born. The former Cyclone ball boy, former Cyclone (both little and big) player and now obviously, head coach, felt something special in the air too.

“I’m not sure I remember an exhibition game getting however many were in there – I thought at least 12,000,” Hoiberg said. “It’s phenomenal to have that.”

If you want to see the 14th-ranked Cyclones for yourself and not break the bank, well you better get on it quickly. On Friday morning, Iowa State announced on Twitter that 12 of the 16 regular season games that Iowa State will host are already sold out. The other four (Oakland, Georgia State, Lamar and UMKC) only have limited availability remaining.

If you want to hit up Hilton for a Big 12 game, you better be ready to pay for it. Head on over to third-party vendor StubHub.comand the cheapest non-student ticket for a league game is going for just under $60 on Jan. 6 when Oklahoma State comes to town.

If you’re a high roller who doesn’t mind dropping a little jack, the cheapest ticket available for Iowa State vs. Kansas on Jan. 17 is going for $164.01. The most expensive ticket to that showdown is going for $1,175.25.

“There have been some pretty darn good teams here in the past with Coach Orr’s teams, with Hornacek and Grayer,” Hoiberg said. “Those teams obviously had a lot of hype. This season – it is a different era now. You see all of that crap on social media and I try to tell the guys not to get too caught up in it. But it is exciting. It really is.”

If Friday night’s exhibition was any indication, the 2014-15 Iowa State basketball season is going to be one heck of a fun ride.

Williams Blog: Football fever at an all-time high in Ames