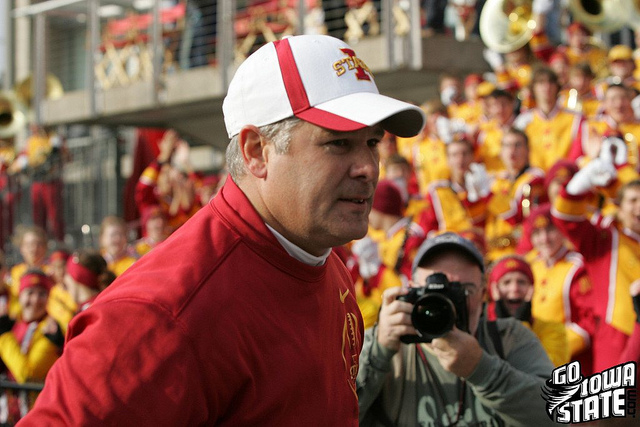 One man’s dream job might be to explore outer space as an astronaut. Another man might wish to someday own his own sports bar. One man might be perfectly happy working in a factory in small town Iowa.

Believe it or not, at one point during his legendary 45-season career as a head football coach, Bobby Bowden’s dream job was located in Tuscaloosa, Ala. At that point, he thought that little old Florida State was a stepping stone. We all know how that one turned out…

In a world where everybody always seems to be looking for something bigger and better, I pose this question to you all.

What one man considers a step up, might not be the case for another human being. We all have our own priorities in life.

Remember those vintage "I chose Iowa State" commercials that the athletic department used to run a few years ago?

For the second time in less than three years, Paul Rhoads chose Iowa State last Friday when he agreed to a brand spanking new, 10-year contract. It was a colossal move that could (I do stress the word could here as there are no guarantees) eventually push Iowa State’s football program to the proverbial "next level" that has been so utterly difficult to reach over the years.

They say that Rome wasn’t built in a day right? Well I have it on good record that consistently winning football programs with the disadvantages surrounding them like Iowa State (tradition, geography, funding, etc.) weren’t built by coaches coming and going every three or four years.

Multiple times, we saw the great Dan McCarney climb some pretty large hills during his 12 years as Iowa State’s head coach. Still, it’s not realistic to say that McCarney’s program ever got over that hump. His best season was in 2000 as the Cyclones went 9-3 and yet still only finished third in the Big 12 North.

Luck wasn’t always on McCarney’s side. He’s got plenty of missed field goals in his back pocket to prove that.

Rhoads however has something going for him that McCarney only saw a glimpse of. That’s you – The Cyclone Nation.

I’ve never seen this fan base so jacked up about the future of Iowa State football. CycloneFanatic.com’s traffic numbers are through the roof right now. We’re breaking records every day. The Cyclone Gridiron Club’s membership numbers are currently at an all-time high. Iowa State broke nearly every school attendance record that existed in 2011 and I’ll be shocked if the same doesn’t happen during year four the Rhoads regime.

From a competition standpoint, Rhoads has and will continue to face many of the same hurdles that McCarney saw during his time at Iowa State. All of the money in the world can’t change where Ames, Iowa is on a map. But the support that Rhoads and his staff will received from an athletic department that is determined to succeed cannot be questioned. The support that Rhoads and his staff have and will continue to get from a hungry fan base is unprecedented at Iowa State.

What’s the best way to build a consistent winner? 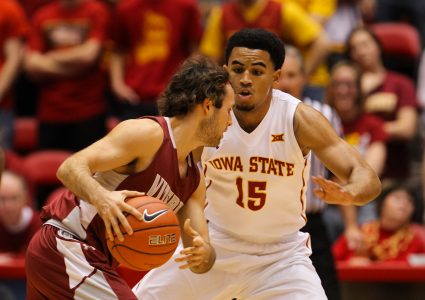 WILLIAMS: Hoops enthusiasm at an all-time high in Ames