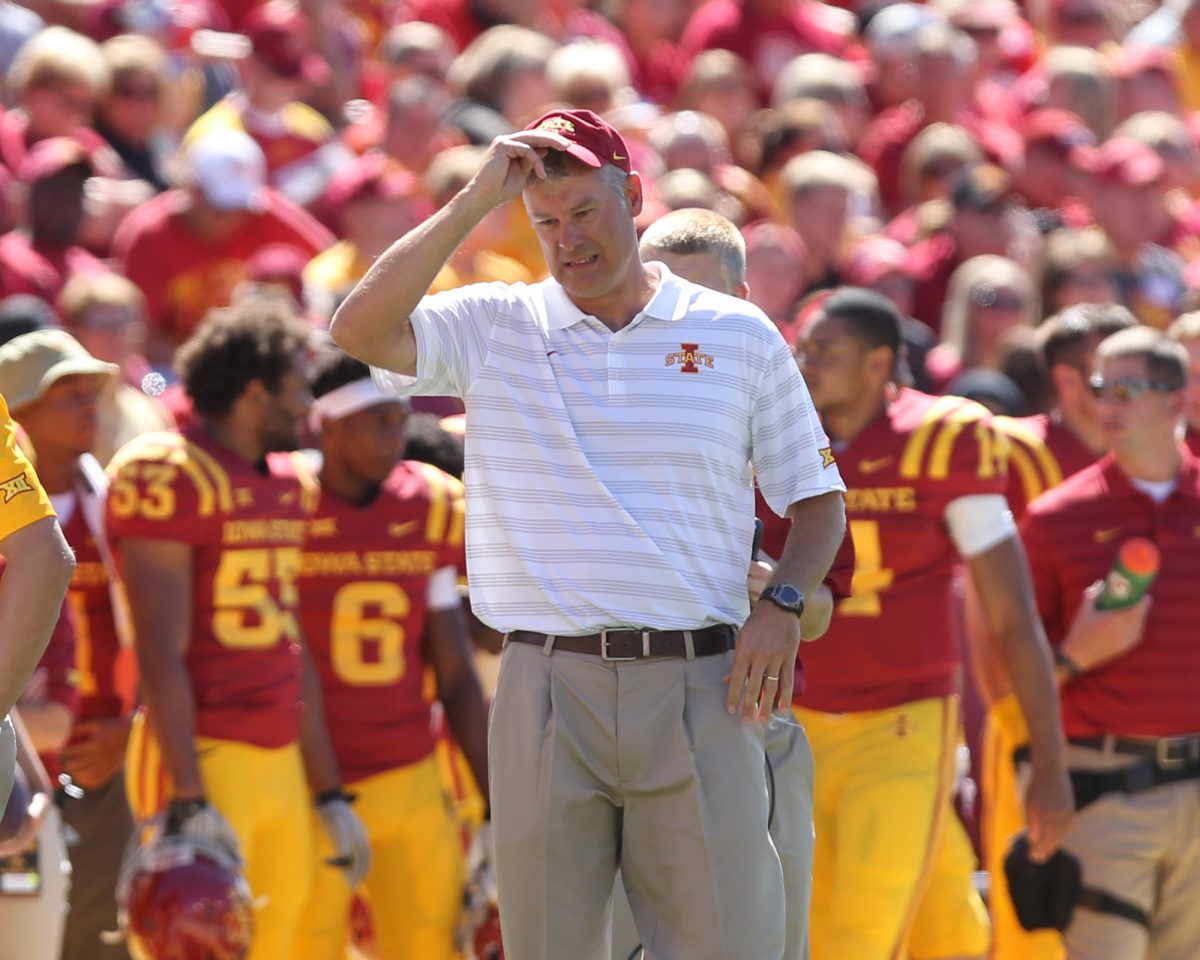 That’s what Saturday’s matchup between Iowa State and Oklahoma was, only in 2014.

The 59-14 Sooner victory over the Cyclones was a complete and total mismatch in every facet of the game. This one was more of a bloodbath than the final scoreboard indicated.

The Trevor Knight led Sooners accumulated 480 yards of offense in the first half alone while averaging a ridiculous 8.9 yards per play. After taking its foot off the gas, Oklahoma still finished with 751 total yards – the third worst mark for a defense in Iowa State football history. Five-hundred and ten of those yards came on the ground.

Oklahoma had three 100-yard rushers in this game. Iowa State has only had one running back rush for 100 yards in a game (Aaron Wimberly two weeks ago at Texas) in the last calendar year. The Sooners averaged 8.6 yards per carry and tallied 41 first downs in the game.

Iowa State’s performance on offense wasn’t much better than the D.

In the first half, the Cyclones ran for 37 yards while quarterback Sam Richardson completed only 11 of his 31 pass attempts. Richardson left the game in the fourth quarter with what looked like a minor hand injury and a 15-for-40 stat line. Iowa State’s wide receivers dropped probably a half-dozen passes.

In the trenches is where this game was a massacre. As Oklahoma’s 311 first half rushing yards proved, Sooner running lanes looked like the Grand Canyon.

Iowa State failed to capitalize on what despite the loss was a fairly encouraging performance at Texas two weeks ago. Even in the defeat, hope was granted because of the offense’s progression. For an Iowa State program that has struggled offensively for half of a decade, the 38 points that the Cyclones put up was refreshing.

As a whole though, the Cyclones took five steps back on Saturday vs. the Sooners.

Injuries pile up on D

— For some reason, Iowa State’s top cornerback Nigel Tribune didn’t play due to a groin issue. After the game, Paul Rhoads said that Tribune suffered the injury late last week in practice. Tribune warmed up but did not play.

Iowa State’s defense vs. Oklahoma’s offense was a mismatch heading into the game. Iowa State wouldn’t have won this game with that trio but when you take them out of the equation, a bad situation quickly turned until a total abomination.

Iowa State and Kansas will more than likely meet up as a battle of winless Big 12 football teams (in league).

On the surface, Kansas is the ideal opponent for the battered Cyclones at this point in time.

After this one though, it is foolish to count any game as a gimme. 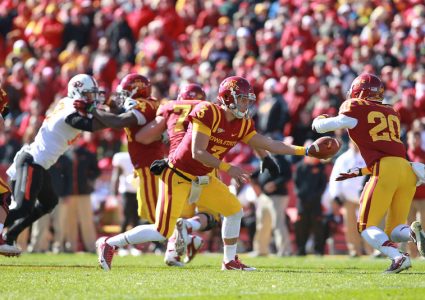