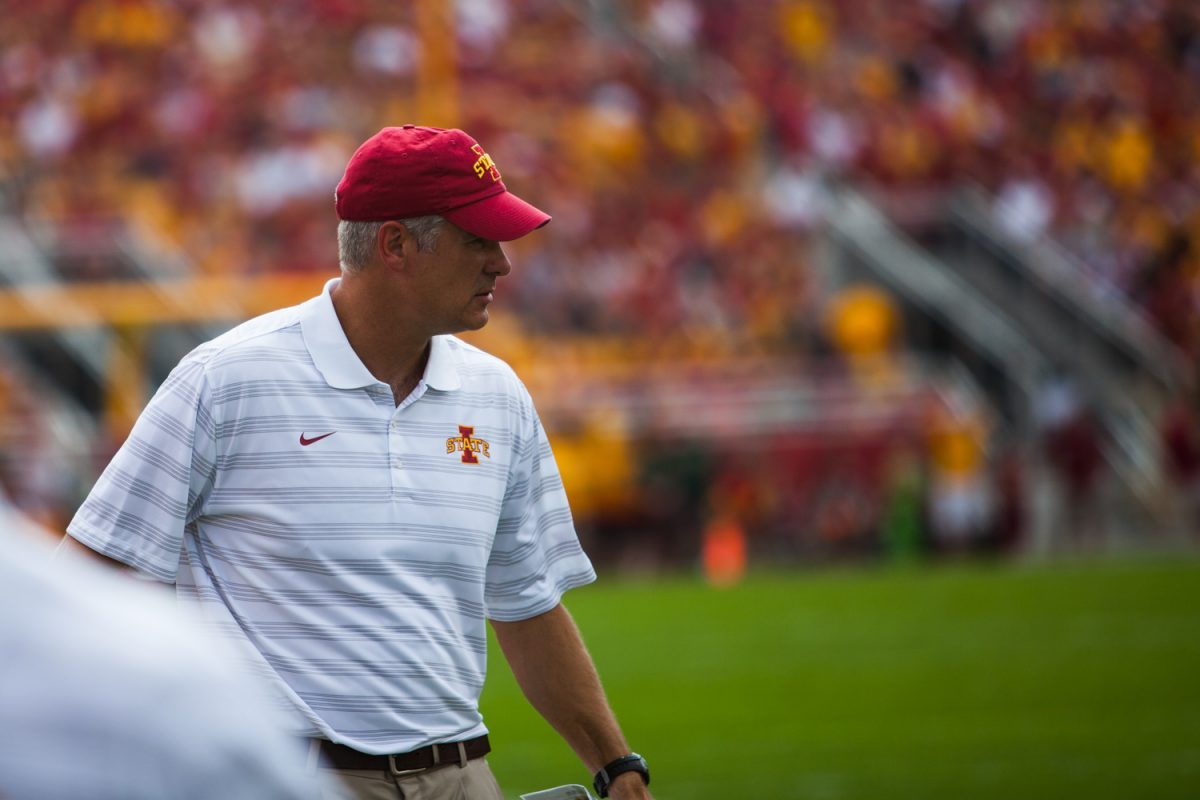 Right or wrong, the overwhelming majority of chatter “out there” suggests that Iowa State head football coach Paul Rhoads will return for a seventh season in Ames despite going 3-9 a year ago. After Saturday’s “embarrassing” (Rhoads’ own word) 34-14 loss to lowly Kansas, Iowa State is now 2-7 and 0-6 in Big 12 play.

Hypothetically, let’s say that Rhoads does return for next season, which again, I believe will happen.

Insiders believe that Rhoads’ 2014 recruiting class was one of the strongest in Iowa State history. The 2013 class wasn’t too shabby in its own right and the 2015 group currently consists of 13 known verbals (eight are 3-stars according to Rivals.com).

However on Saturday night, Iowa State lost a key member of the group in junior-college offensive lineman Tristan Nickelson. Nickelson, a Texas kid, switched his commitment to Charlie Strong and the University of Texas.

Now any realistic person out there knows that Nickelson (and most Texas kids for that matter) will always pick Texas over Iowa State no matter what the scenario may be. However other than Sixth Street the gold-plated toilets in the locker room, what do you think Texas was pitching Nickelson? Do you really believe for a minute that the, “Rhoads might not even be there when you graduate” line wasn’t used multiple times?

Of course it was.

The way Iowa State recruits goes like this: The program snags 10-15 development type players and tries to hit home runs after that to round out the class.

Here is the big issue that Iowa State has ahead of it for the remainder of the 2015 process: The staff is used to being able to bring kids in for official visits in front of packed crowds in late November. I just don’t see that happening when Texas Tech and West Virginia come to town on the 22nd and 29th of this month.

And of course, other staffs out there will use Rhoads’ security (or lack thereof) against Iowa State, and why wouldn’t they?

This is why if bringing Rhoads back for next season truly is a no-brainer like so many connected people believe, then a public statement from Pollard is needed sooner rather than later to give this staff a puncher’s chance.

This is the best way to make a positive out of what is currently a bad situation that appears to be getting worse. If Pollard intends on keeping Rhoads around, then he needs to give his head coach a legitimate opportunity on the trail from now until the first Wednesday in February.

*** The biggest problem I had with Iowa State’s loss to Kansas was the lack of any sort of urgency at all in the first half of the game. The Cyclones were drowsy while the winless (at the time) Jayhawks took advantage of an opportunity to abuse a frail football team. We heard a lot about urgency after Iowa State opened the season after a loss to North Dakota State and the Cyclones responded the following week against a good Kansas State team. Where is that urgency these days?

*** I’m not saying that Joel Lanning is a better option at quarterback than Grant Rohach but I just don’t understand why the Ankeny product didn’t get a shot on Saturday. At one point in the first half, Kansas had 19 first downs compared to Iowa State’s one. You don’t have to all-out bench Rohach in that situation. I actually agree with letting the sophomore start the second half as he clearly had some momentum in his corner. But I’ve heard that based off of practice last week, Lanning expected to play some and he warmed up numerous times throughout the loss. Rohach can throw a football but he clearly struggles when it comes to making plays with his legs. At Iowa State, you have to be creative and I’m all for a gimmick type of system that allows both players to show off their skills. In that situation on Saturday, what did Iowa State have to lose?

*** Does anybody else feel like Iowa State would have won the darn thing had Cole Netten not missed his first field goal of the season in the third quarter? Momentum was clearly on Iowa State’s side at that time. It felt like the West Virginia game from last season all over again.

*** Back to the lack of urgency for a moment…I know that the defense (that wasn’t very good to begin with) is depleted but what happened to the young, fearless secondary that consistently swarmed to the football during the first half of the season? At times this year, that group was so much fun to watch. Now, they appear to be a hesitant group that looks scared to death out there. In their defense though, the front seven on that side of the ball is as soft as a stick of butter. 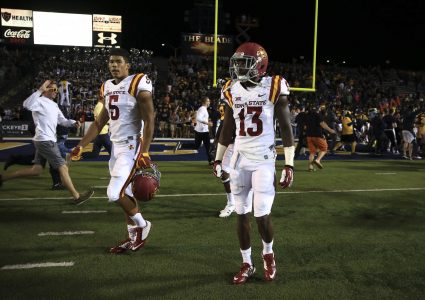