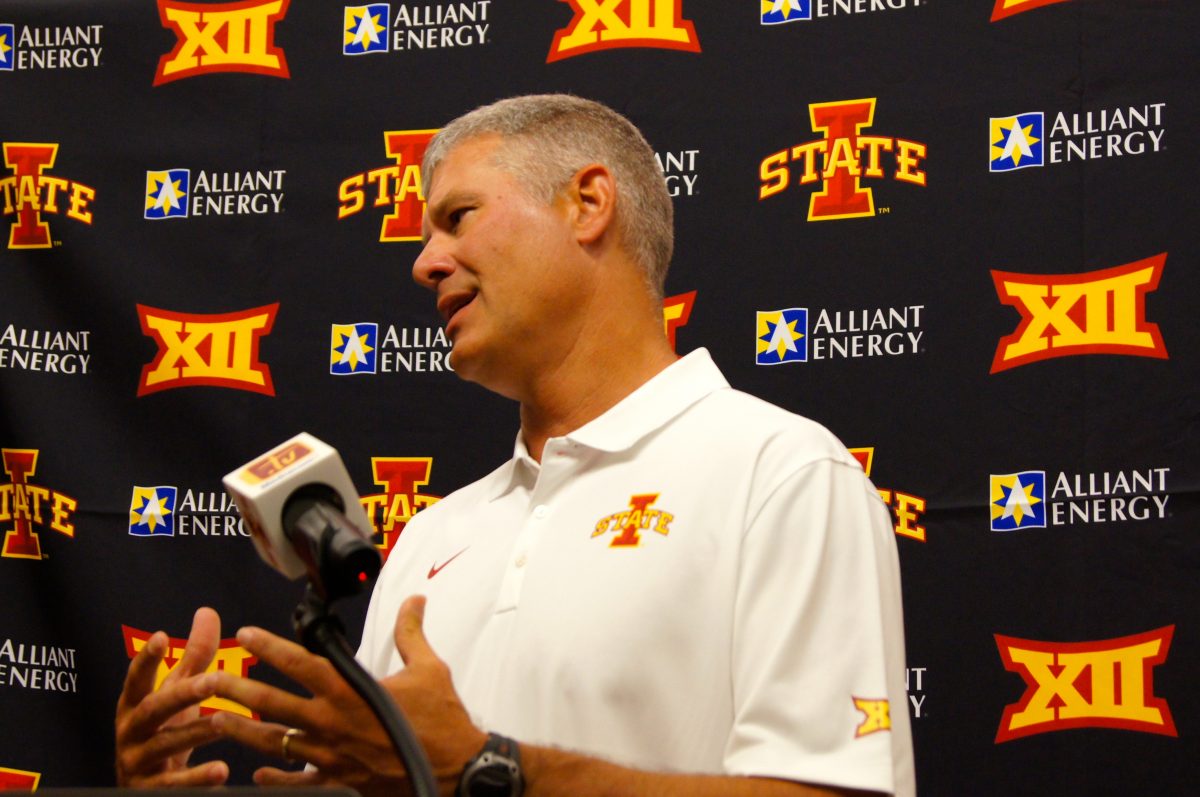 ISU coach Paul Rhoads called it "a short list," but his tongue firmly planted itself into the side of his cheek.

So, coach, what key areas need improvement after Saturday’s 34-14 loss at Kansas?

“Oh,” Rhoads began on today’s Big 12 coaches’ teleconference, "tackling. Angles. Wrapping up and getting our feet under us and finishing.”

“Getting off blocks,” Rhoads continued. “Getting aligned at a faster pace against the hectic pace of offenses going fast. Defending the deep ball. Man coverage. Protecting our quarterback. Giving him ample time to throw. Hard route running. Finishing plays both sides of the ball. There’s a short list for ‘ya.”

Not quite — but that was the point.

The Cyclones (2-7, 0-6) became the lone winless team in Big 12 play and really never challenged the previously also-winless Jayhawks, who led 24-7 at halftime and maintained at least a 10-point edge the rest of the game.

Execution on the practice field has not often translated to game day, and that obviously deeply concerns Rhoads, even though one reason for that struggle’s not hard to identify.

“It’s not baffling when it’s new players that are doing it, guys that have not competed at this level before,” Rhoads said. “I’m talking about the Kane Seeleys of the world and people like that who are just now starting to get their first snaps. Game day against Big 12 opposition is certainly different from practice speed and pace. Some of the other guys, yes, it is a lack of focus and attention to detail that gives coaches gray hair.”

Rhoads didn’t offer an example of a player who falls in that latter more troubling category, and won’t, of course.

But he did say an intense and productive staff meeting was interrupted by his 10-minute teleconference stint.

“We’re diligently working to find some answers for open week preparation,” said Rhoads, whose team plays next at 2:30 p.m. Nov. 22 when it hosts 3-6, 1-5 Texas Tech. “The wait-and-see piece is how we can motivate them, how we can prepare them and coach them up and get them to play their tails off against the Red Raiders.”

Other points of interest from Rhoads’ portion of the teleconference:

* He acknowledged that he considered getting third-string quarterback Joel Lanning his first career snaps on Saturday.  “Joel threw just in case when we thought it might be smart to get him some reps, get him some experience," Rhoads said. "But (we) were never at a position to say, ‘Put him in the next quarter or the next series.’”

How might Lanning figure into the plans for the final three games of this season?

That depends on the health of starter Sam Richardson, who sat out Saturday because of lingering effects from a shoulder injury sustained late in the Oklahoma loss.

“Well, I believe Sam’s going to be back vs. Texas Tech,” said Rhoads, whose second-string QB Grant Rohach threw for 275 yards, two touchdowns and an interception in Lawrence. "Saw him in the training room this morning and (he had) good spirits and got good movement. … I’m hoping Sam’s healthy and remains healthy for the last three games.”

* Jevohn Miller’s absence remained a “big factor” with regard to the defense’s struggles against the Jayhawks.

“When I bring up the fact of getting our guys aligned fast, that’s that position and Jevohn was at a point, finally, where he was very comfortable with that and Kane has got to number one, just compete himself and take care of his job, but he’s also got the responsibility of setting 10 others along with him. That’s a tough burden for a guy who’s not probably ready to be accomplishing that.”

* Rhoads reiterated his feelings about the first half of Saturday’s game.

“(It was) our worst half of football that we’d played since I’ve been the head football coach here,” Rhoads said. “I’m embarrassed by that, ashamed by that. We have in my opinion come off our last two open dates arguably against the two most talented football teams we’ve played thus far, Baylor and Oklahoma, and not performed well. Part of that is in large part because of the opponent Part of it, we’re talking about as a staff right now.” 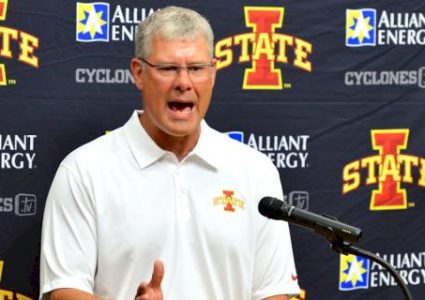 CFTV: Rhoads looking for answers after loss to TCU 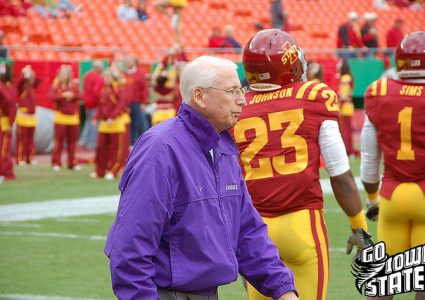