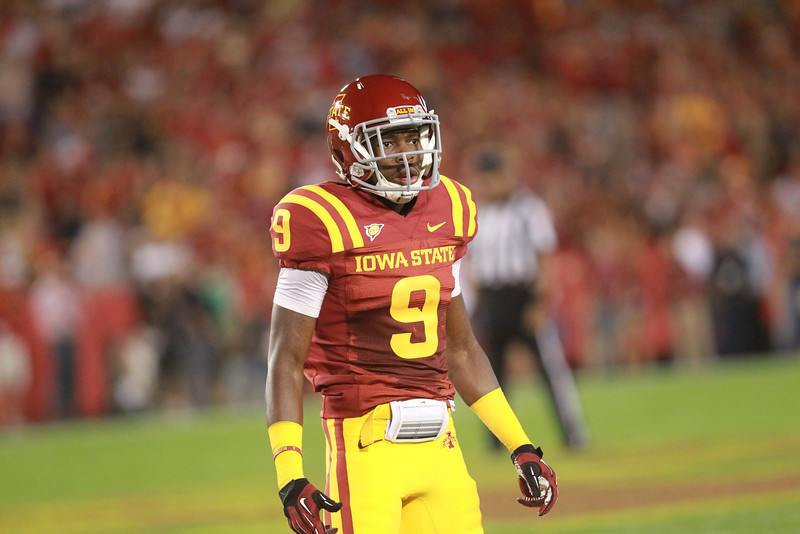 AMES — All summer long, Iowa State’s wide receivers were praised for being the deepest position on the roster. That depth will be tested early on this season as during his press conference Monday morning, Paul Rhoads announced that sophomore Quenton Bundrage will miss the remainder of the season with a torn ACL.

Bundrage, who led the team with 48 receptions and tied a school record with nine touchdown receptions a year ago, went down early in Saturday’s season opening 34-14 loss to North Dakota State.

“It (depth) will test it right away,” Rhoads said. “We will gain back Tad Ecby and D’Vario Montgomery for this game. Their added depth helps that crew but we have guys there. It is time for them to step up and perform with the loss of Q.”

Ecby and Montgomery both missed the opener for violating team rules.

True freshman Allen Lazard and Montgomery are expected to step into Bundrage’s previous role. Lazard caught one pass for 48 yards in his debut as a Cyclone. Montgomery, a South Florida transfer, sat out last season due to NCAA rules.

“Quenton Bundrage is a very big part of our offense and he took it hard, as you would expect him,” Rhoads said. “He was really looking forward to not only a big play season but a consistent season from himself. To have that taken away on the fourth play of the football game was really disheartening for the young man. I feel bad for him. He was in a lot of pain on Saturday night physically and he is in a lot of pain mentally right now.”

It sounds like center Tom Farniok will be good to go for Saturday’s 11 a.m. kick vs. Kansas State. The senior offensive lineman went down with what is being called an MCL sprain during the first half in Saturday’s loss. Rhoads said that he isn’t concern about this being a lingering injury.

“Unless he would get hit in the right fashion again, through his pain, he told the doctors on the field that its not near as bad as the one a year ago and Tom is as tough as they come,” Rhoads said. “He can go out there and play through it and unless he gets his in just the right fashion, he will progress through the rehab and be back to normal.”

Iowa State’s offense consistently moved the ball with Farniok in the lineup on Saturday. Once he went out though, production fell off drastically. The Cyclones only mustered up 57 yards of offense in the second half alone.

“You can’t replace experience and being a four year starter and being out there through all of those battles,” Rhoads said. “It’s simply that. It’s irreplaceable. Jamison came in and played well. He is a smart player but there’s just something about a leader and the glue that he holds that elevates your football team and when you lose that glue, you can’t help but be effective and unfortunately it was in a negative way. It is an adversity that we have to be able to overcome.”