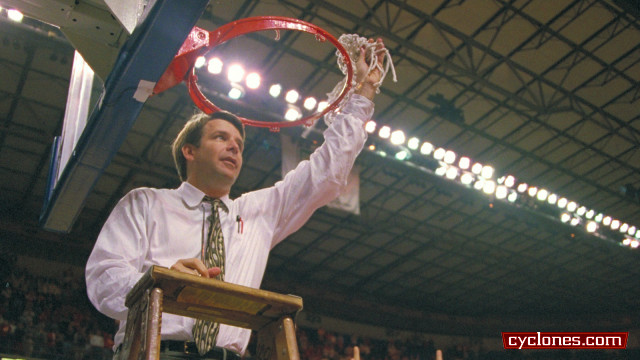 Former Iowa State head coach and Cyclone Hall of Famer Tim Floyd is being mentioned with the open gig at Missouri.

On Tuesday night, Jeff Goodman from ESPN.com reported that Floyd, who has been at UTEP for the past four seasons, has emerged as a "strong candidate" to land the Missouri job.

Floyd, who was inducted to the Iowa State Letterwinners Hall of Fame in 2011, coached the Cyclones from 1994-1998. His overall record in Ames was 81-47. Floyd led the Cyclones to three NCAA Tournaments in four seasons.