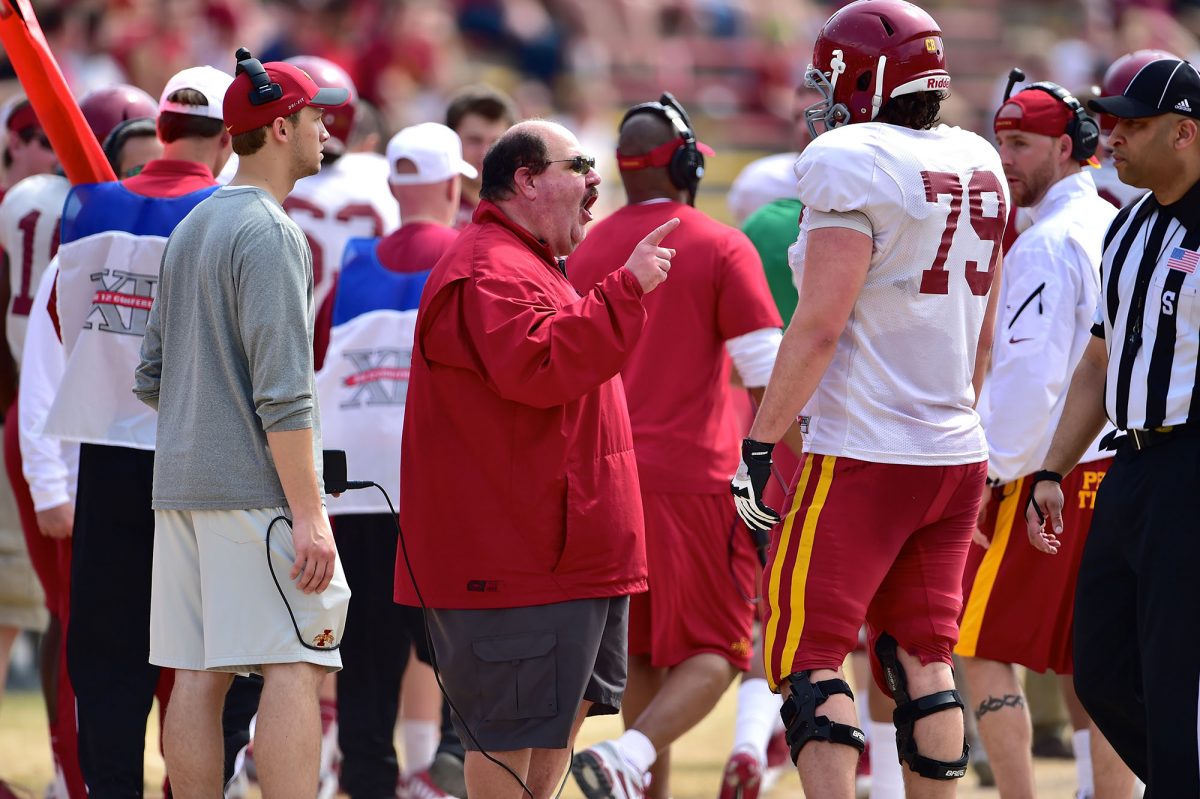 I have no idea how seriously you all should take this but the below quote from yesterday’s Paul Rhoads Big 12 teleconference is positive “news” that I thought was deserving of its own spot on the front page of CycloneFanatic.com.

“I think the offensive staff would tell you in comparison to implementing this system at past institutions, they think they are ahead of schedule with what we learned and what we got done,” Rhoads said. “We’ve got to continue though to get better and better at it every time we step on the field.”

The offensive staff that Rhoads was speaking of consists of Mark Mangino and his longtime protege’s Tommy Mangino (son and wide receivers coach) and Brandon Blaney (offensive line coach).

Iowa State’s head coach said that on April 22 so obviously, I’m not advising you to go of and purchase plane tickets to watch the Cyclones play in college football’s new playoff next season but still, this is good news, right?

For a couple of reasons, the enthusiastic word coming out of the offensive meeting room makes complete sense. The first is the more pessimistic of the two. It isn’t as if Mark Manigno’s offense has been practicing against the 1985 Chicago Bears. On a more optimistic level, Iowa State’soffense should grasp this new scheme rather quickly, right? With all 11 starters returning, it is an unproven but seasoned group featuring two veteran quarterbacks and an offensive line thatRhoads said is “vastly” improved from a year ago.

Again, it is early. I get that. But with spring ball being in the rear-view mirror, Iowa State’s offense is a confident bunch right now. Entering the summer months, that is about all that anybody can realistically ask for.