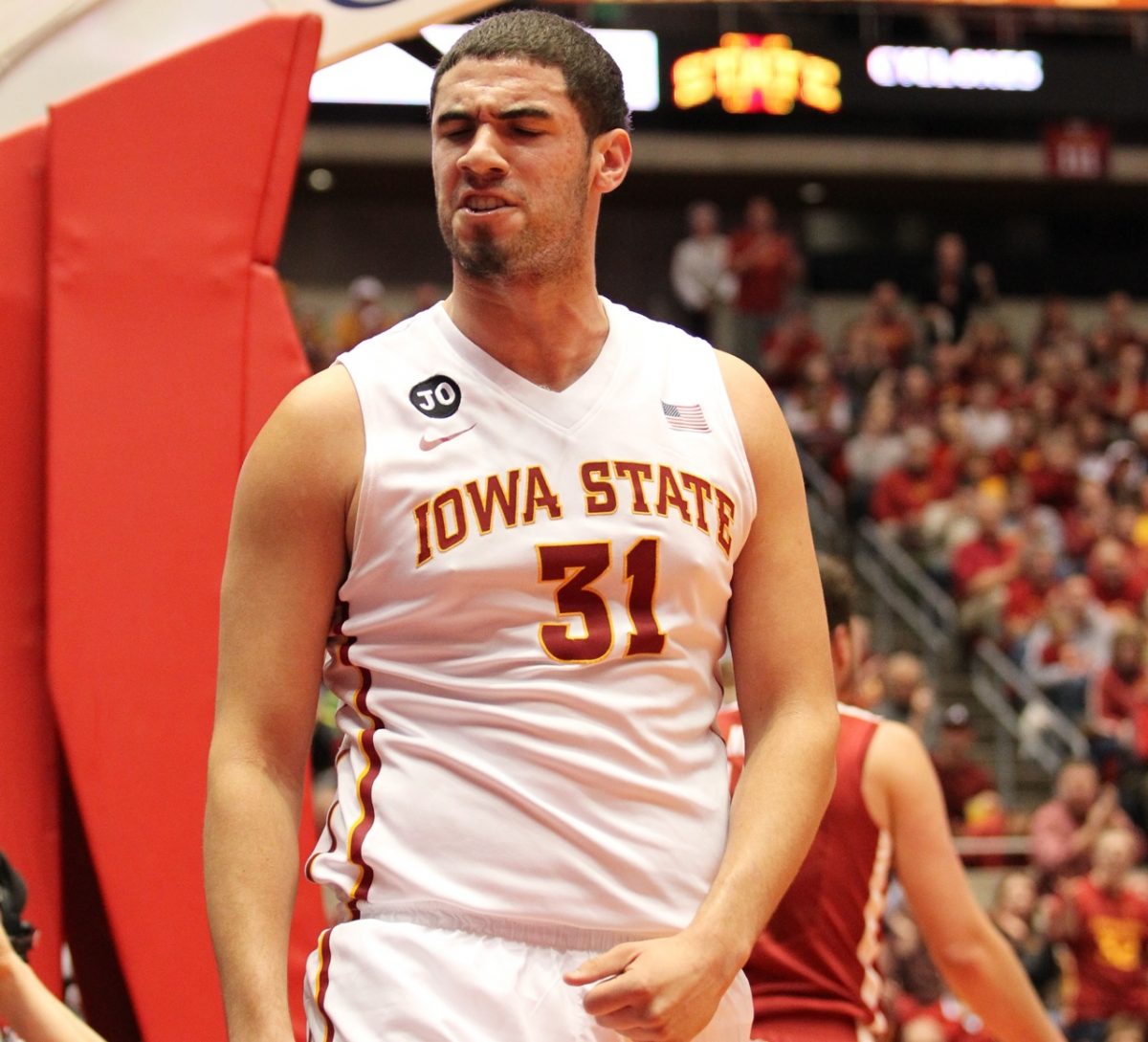 Instead of writing a boring play-by-play recap of Iowa State’s 17th win of the season, here are 10 thoughts on the victory and what it might mean going forward for the Cyclones.

DeAndre Kane might have stolen the show with 26 points, nine rebounds and nine assists but seven different Cyclones made REAL contributions to snap that 18-game losing streak in Stillwater. That is what you have to do on the road against a good team in the best basketball league in America.

Before hitting a game tying 3-point shot that sent this thing into triple-overtime, Naz Long really hadn’t played that much. Prior to the clutch trey, Long had made only two of his last 18 3-point attempts. When Kane had a decent look from the right wing, Long called for the ball, showed no fear and buried it. Long also hit two vital free throws down the stretch of the third overtime to help iron out the win.

That story right there is why it is never wise to count a guy out, despite his recent struggles. Matt Thomas taught fans this lesson earlier in season and Long, who only played eight minutes in Saturday’s win over Oklahoma, did so again on Monday.

And let me go a little further in my editorial by saying that it couldn’t have happened to a better guy. Naz is a first-class guy, one who it is easy to get behind.

It’s good for Iowa State too due to the fact that Long had been struggling so much for the last month of the season. Perhaps this will snap him out of that funk all together? Iowa State needs more depth and an improved Naz Long very well could be the difference between a win or two down the stretch.

3 – Did it without Georges

There is a lot of excitement in the air right now (our server is on overdrive while I’m writing this at around midnight) for all sorts of reasons. But do not forget this when discussing the big win with your buddy (or guy you work with, don’t like and are forced to talk to) at the water cooler on Tuesday. Iowa State won that game without Georges Niang during the three overtime periods – on the road. Niang was having fantastic Big Monday outing too. The sophomore was 6-for-7 at halftime and ended with 17 points.

Something has seemed off a tick with Dustin Hogue’s game over the last week or so. That certainly wasn’t the case on Monday night. The forward led Iowa State with 14 rebounds and while there are a load of variables that play into every game, one trend when it comes to Iowa State is undeniable. This team is much, much better when Hogue is making those energy plays that you saw a handful of times on Monday. That looked like the Dustin Hogue from the non-conference portion of the schedule.

As of two months ago, every Big 12 basketball fan with a pulse had Kane vs. Marcus Smart circled on their calendar. It lived up to the hype. Kane might have gotten caught up in the moment a time or two on Monday, but a stat line of 26, nine and nine is brilliant, no matter how many overtimes he played.

The thing about Kane is, sure, he might fire off an emotional ill-advised shot or two in a given game. The 3-pointer from Norman that he attempted at the end of regulation was an awful idea from the start. But when you start limiting a guy like Kane is generally when his game starts to slip.

The longer I cover Fred Hoiberg basketball teams, the more I appreciate how much confidence he injects to his players on a daily basis (example, Naz Long and Matt Thomas).

It’s easy to pick on a guy when he appears to be playing “hero ball,” but I’d much rather have DeAndre Kane in his current form as opposed to a possible watered down, over coached version.

I am speaking of Monte Morris, of course.

No fear. He is as solid as a brick wall.

Oh, and he is a freshman.

That was the ninth road win over a ranked team in Iowa State basketball history.

Also, Iowa State has now beaten six ranked teams this season. That’s the second most in school history. The record is seven, from the 1999-2000 season.

I feel like a lot of Iowa State people, that being media, fans and others, had a pretty good feeling about this game going into it. Iowa State had previously lost three of five, but the Cyclones had been playing with confidence and by all means were close to hitting their stride.

But still, a road win against a top 25 team is a stolen win. Those are the best wins.

The exciting part is that now is when the Cyclones can really do some damage. Here is the rest of Iowa State’s schedule. Keep in mind that Iowa State is already done with Kansas and Oklahoma.

Iowa State is currently 5-4. Let’s say that the Cyclones win out at home and lose out on the road (which shouldn’t happen as TCU is on the docket). That would put the Cyclones at 10-8 to end the regular season. Grab the TCU game and perhaps one against West Virginia, Baylor and possible Kansas State and then you’re really playing with house  money.

If Iowa State is playing on its top level, the Cyclones could realistically rattle off six in a row. Having said that, doing so would be a tall task. West Virginia is playing very well right now and Texas looks like one of the best teams in the league.

I won’t lie. Up until last week, part of me thought that despite what numbers were showing, the Big Ten still might have been a little better than the Big 12.

Now, there is no question at all in my mind. The Big 12 is brutal.

It’s a team game. When Iowa State is playing well as a team, it is a damn tough group to beat.