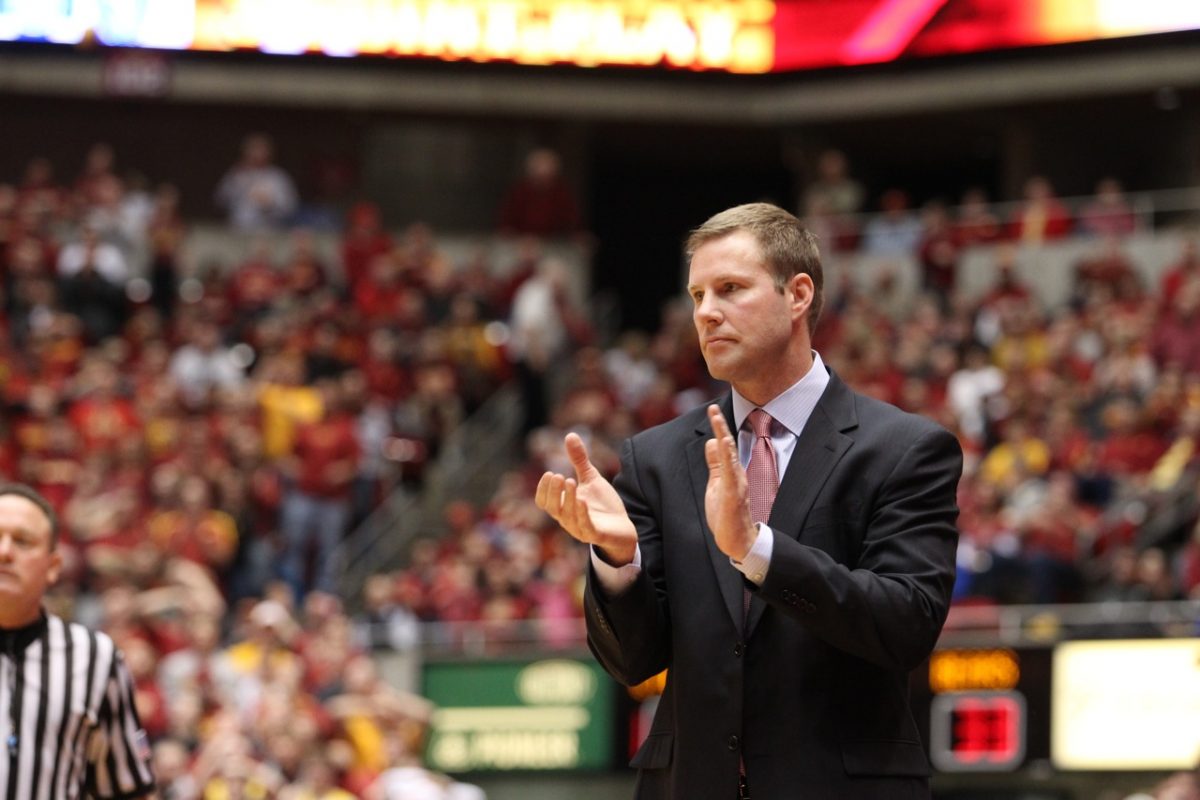 Some bad but most good, the current Big 12 basketball season has been full of surprises. As far as the good ones go though, no program in the league has turned more heads than the Texas Longhorns (20-5, 9-3).

Heading into the season, Rick Barnes’ future as the head coach in Austin looked incredibly dicey. After a tumultuous offseason that included departures from several key players, the Longhorns were picked to finish eighth by the league’s coaches in October. Had that gone down, the thought of Barnes roaming the sidelines at Texas next year would have been hard to believe.

Full disclosure – I thought he was toast.

That isn’t going to happen though. Sitting alone in second place in the Big 12’s current standings, Barnes and the Longhorns will invade Ames tonight for a 6 o’clock (ESPN2) tussle with Iowa State (19-5, 7-5). Because of Texas’ unforeseen 9-3 start to league play, Barnes will undoubtedly be back next year. He should be the Big 12’s Coach of the Year (in a season where multiple candidates are worthy) and according to Fred Hoiberg, Barnes should win some national honors as well.

“Rick is doing as good of a job as any coach not only in our conference but in America with what he has done with this group,” Hoiberg said. “I think everybody knew they had talent but with all of the new faces, to be able to mesh them and mold them together and be able to play as well as they are playing, he deserves a lot of credit. There are so many coaches in our league who have done great things with their teams this year but Rick, I think, you can put up there at the top.”

After starting 0-2 in league play, Texas has rattled off nine of 10 (one loss was at Kansas State on Feb. 8) including an 81-69 spanking of Kansas on Feb. 1. The Longhorns handed Iowa State its second loss of the season on Jan. 18 in a game where the Cyclones committed a season-high 18 turnovers. Iowa State actually led 29-20 in the game early on. The Cyclones had a 28-18 advantage on the glass in the first half only to be suffocated by the Longhorns in the second 20 minutes.

“They started controlling the glass,” Hoiberg said. “We did that the first half. We went on a 6-7 minutes stretch where we just couldn’t get a rebound. We have to do a better job with that.”

Texas ended up out-rebounding Iowa State 40-37 in the contest.

As Iowa State found out, Texas’ defense is what makes them dangerous. Texas sits only at sixth in the Big 12 (all stats during league play only) in scoring offense but first in field goal percentage defense, holding its opponents to 40 percent shooting. The Longhorns are the Big 12’s top rebounding team (at 40.4 per game).

Offensively, Texas has proven to have multiple options from all angles starting with a legitimate big man in Cameron Ridley, who had 16 points (on 7-of-10 shooting) with 11 rebounds in the first game against Iowa State. Jonathan Holmes (a 6-foot-9 forward who can do everything) is a major match-up problem for many. He proved to be this against the Cyclones by going 9-for-13 with 23 points. Then, there is point guard Javan Felix to worry about as well (12.9 points per game).

“Not many teams in our league can match up with Kansas and play them one-on-one,” Hoiberg said. “Texas is a team that did that. They kind of had their way with them in Austin.”

There are three of them for Iowa State.

1 – At 1.60, Iowa State boasts the top assist-to-turnover ratio in the Big 12. From that standpoint, the 18 turnover statistic from the first meeting truly was an abnormality. Clean it up.

2 – Quality big men tend to give the Cyclones problems. Cameron Ridley, a 6-foot-9, 285-pound center, clearly did that in Austin. Look for Barnes to get him the ball early and often this evening.

3 – As Hoiberg noted in his Monday press conference, Iowa State has to play incredibly hard to win this game. The laziness that allowed Texas Tech to reverse an 18-point Iowa State lead in the second half on Saturday cannot be existent against the No. 17 Longhorns.

*** DeAndre Kane might have played the sloppiest game of his Iowa State career in his first outing vs. Texas. Iowa State’s senior point guard committed seven of his team’s 18 turnovers in that contest.

*** Speaking of Kane, he currently ranks 10th in the Big 12 in scoring, first in assists, second in steals and 13th in rebounding.

*** Iowa State has won two in a row against Texas inside of Hilton Coliseum. However, Texas leads the all-time series vs. Iowa State 17-10. Fred Hoiberg is 2-5 as a head coach vs. Texas. 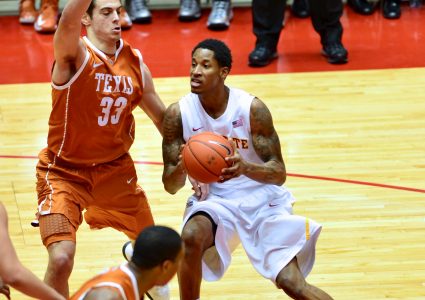