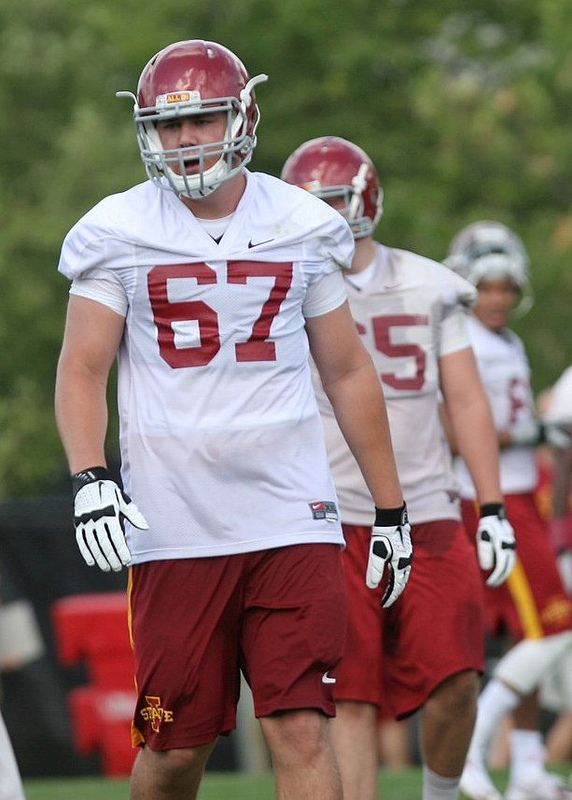 But here at Cyclone Fanatic, we cover it all, regardless of timing. In order to get prepped for the spring season, we recently updated our Iowa State football roster that you can view by CLICKING HERE.

Full disclosure: Doing this is one of the most mind-numbing things that I do all year long. It is tedious. It takes forever and it is incredibly easy to make a mistake when it comes to entering a plethora of numbers into the back end of our website.

There is one interesting aspect of this work though. I do enjoy looking into how much weight that specific players have gained or lost since the last time we updated the roster, which would have been in August of 2013.

Below are what I thought were interesting body transformation stories heading into the spring.

Obviously, these numbers are the most important for the guys up front so let’s start with the big boys on the offensive and defensive lines.

Jake Campos – The redshirt freshman out of West Des Moines Valley is up to 279 pounds from 260 a year ago.

Daniel Burton – This versatile lineman played more of a role than expected as a redshirt freshman in 2013. His weight is up to 320 from 302 last August.

Ryan Glenn – Here is one of the largest gains that you will see. Glenn, a redshirt freshman out of Waukee, is up to 305 pounds after starting out at 277 last summer.

Nick Severs – Another Cyclone who made a big gain during his redshirt year. The Illinois native is up to 285 pounds from a starting point of 260.

Duaron Williams – It was a little concerning that Williams, a redshirt sophomore guard, didn’t see the field much in 2013 given all of Iowa State’s injuries up front. Williams is up to 305 pounds from 289.

Alex Leslie – The rookie tight end is up to 244 pounds from 220 after sitting out a redshirt season.

Quan West – This wide receiver turned tight end is up to 230 pounds from 219.

Devlyn Cousin – Here is a change of pace for you. Cousin, a sophomore defensive tackle who came on strong at the end of 2013, has actually lost weight from the start of last season. Cousin recently weighed in at 295 pounds, down from 297. Being that Cousin needed to trim down initially, this is probably a good sign for the program.

Vernell Trent – Here’s a huge gain. The redshirt freshman defensive tackle jumped from 255 to 287 pounds during his season-to-grow.

Mitchell Meyers – The redshirt sophomore defensive end received rave reviews for his play as a rookie in 2013. Based off of chatter, Meyers could potentially be a good one in Ames. Like most young linemen though, he needs to add weight. Meyers is up nine pounds from last August and recently weighted in at 262. His body should be ready to make an impact in 2014.

Quarterbacks: Junior Sam Richardson is up to 223 pounds from 205. That should help him stay healthier next season. Sophomore Grant Rohach showed a similar weight gain jumping to 224 from 210. Meanwhile, redshirt freshman Trevor Hodge added 20 pounds during his year-to-grow, going from 178 to 198 pounds. For those wondering, redshirt freshman Joel Lanning weighed in at 236 pounds. Work to do: Sophomore linebacker Luke Knott obviously needs to get bigger. He’s been hindered this offseason by a hip/groin issue that he had surgery on and is at 218 pounds compared to 216 in August. Knott is not expected to participate in contact drills this spring.

Young linebackers: Here are a couple of nice gains, which should make fans feel a little bit better about the future of the linebacker position. Late last fall, defensive coordinator Wally Burnham told me to keep an eye on Brian Mills, a young linebacker who redshirted last season. Mills gained a whopping 32 pounds during his redshirt year and is currently up to 227 pounds. Another big gain came from sophomore Darius White, who is up to 249 pounds from 233 in August.

Secondary: Two young Cyclone safeties made notable gains. Redshirt freshman Kamari Syrie is up to 203 pounds from 190 while T.J. Mutcherson climbed to 203 from 191.