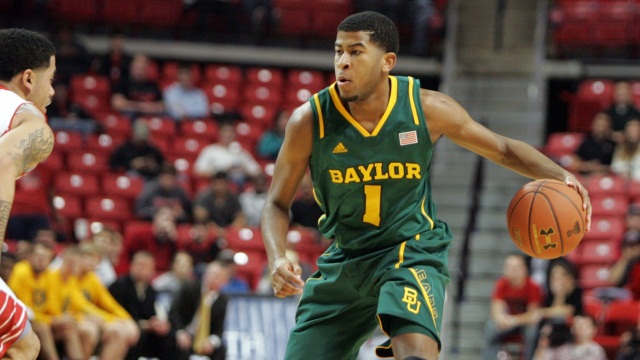 It is easy for the casual Iowa State fan to not take tonight’s game vs. seventh ranked Baylor as seriously as he or she probably should. After all, Iowa State is 11-0 all-time vs. the Bears inside of Hilton Coliseum. Fred Hoiberg is 4-1 as a coach against Scott Drew. As the loyal Cyclone Fanatic poster “bawbie” pointed out earlier today, Iowa State hasn’t lost a home game while ranked as a favorite since “at least” 1997.

Those numbers do not lie. As a 6.5-point favorite, at 13-0 and playing solid basketball, Iowa State should win this game tonight. A little complacency is only natural when leading up to the 6 p.m. tip on ESPN2.

For the record, I am picking Iowa State to win this one by a 78-73 final. But having said that, I have also noticed a fairly positive trend with this year’s Baylor basketball team. I am impressed with this group.

The Bears truly are more of a “team” this year and without All Big 12 guard Pierre Jackson in the mix, Baylor has been less reliant upon one guy (seven Bears are currently averaging over seven points per game). As a result, they have been more consistent and I expect them to continue this throughout Big 12 play.

“The first thing that I have been very impressed with is their point guard play,” Fred Hoiberg said Monday. “I think that Kenny Cherry has done a great job. He obviously had big shoes to fill with who I thought was as good as any player in our conference last year with Pierre Jackson.”

Last season, Jackson averaged 19.8 points per game and at 11.5 per game right now, Kenny Cherry is never going to match that production. But Cherry, a junior-college transfer, is turning the ball over less at this point in the season compared to Jackson a season ago (while playing an average of five fewer minutes per contest). During the 2012 non-conference, Jackson committed 41 turnovers. During the 2013 slate, Cherry only had 27.

“It just looks to me like they aren’t relying as much on one guy as they were maybe the past couple of years,” Hoiberg said. “He (Cherry) has really done a good job of getting into the paint and making plays for their bigs. They are just so long. That’s the thing. They are always going to be a match-up problem for anybody they play because of that length.”

The numbers back Hoiberg’s analysis. Cory Jefferson averaged 13.3 points per game last season. He’s at 14.2 points per game right now and converting on 57 percent of his field goal attempts. Isaiah Austin is actually averaging fewer points per game this season (10.5 compared to 13.0) but his field goal percentage has jumped from 45 to 48 percent. Last season, Austin attempted 90 3-pointers. Up until now, he has taken five.

“They are just really trying to get the ball inside and a lot of that credit goes to Cherry,” Hoiberg said.

Sharp-shooter Brady Heslip has picked up the pace too. His 3-point percentage is up 10 percent (48 percent) from a year ago and the senior is averaging 10.9 points per game compared to 8.6.

While as a whole, Baylor’s turnover numbers aren’t significantly down from a season ago (the Bears have turned it over 10 fewer times so far this season compared to last at the same point), we all know that a bad shot (most Isaiah Austin threes) is basically the same thing.

None of the above numbers are what I would consider to be eye-popping but when you place them all together, this appears to be a smarter, more consistent Baylor Bear basketball team. My guess that this group will not fade in conference play like we have seen so many Scott Drew teams do in the past.

It is a battle-tested bunch too. Baylor enters its Big 12 schedule with a 12-1 record. That one loss was on a neutral floor to second-ranked Syracuse. The Bears have posted what I consider to be good wins over Colorado, Dayton and Kentucky.

I like the Cyclones tonight at home but this should be a fantastic match-up between two very good basketball teams.